Read our quick-fire interview to discover why he loves sharks, and in particular, the sharks at Guadalupe…

Who is Andy Casagrande?

Andy Casagrande is a two-time Emmy Award Winning Wildlife Cinematographer, Producer, Director and Presenter. During the past 20 years Andy has helped shoot, produce, and present more than 150 professional wildlife films for the world’s top networks, including Discovery Channel, National Geographic, Animal Planet and the BBC, to name but a few. He has studied and filmed great white sharks at 17 unique locations around the world, contributed to countless great white shark research expeditions and continues to collaborate closely with the world’s top shark scientists and technologies, acquiring extensive behavioral, biological, and ecological knowledge of great white sharks.

I was born with an innate fascination of sharks. Seeing them on TV for the first time solidified my addiction.

Can You Compare the Shark Diving in Guadalupe VS Other Places in The World?

No, I can’t compare Guadalupe to anywhere else – because nothing else compares!

What’s Been Your Most Memorable Shark Encounter in Guadalupe?

My most memorable shark encounter at Guadalupe was filming five elephant seal predation events in one week back in 2010 for NatGeo!

What’s The Biggest Lesson You’ve Learned from Diving with Sharks?

Respect nature and don’t be a clasper.

Just do it! Come with me and I’ll teach you the rest!

Why Did You Decide to Host Your Trips with Nautilus?

Because I got sick of people asking me “When will you start running your own Expeditions!?”.

How Can You Help Protect Sharks?

By respecting and protecting the oceans and learning to coexist peacefully!

Want to join voyage to see great white sharks with Andy Casagrande? Discover more about his trip and get in touch to reserve your spot. 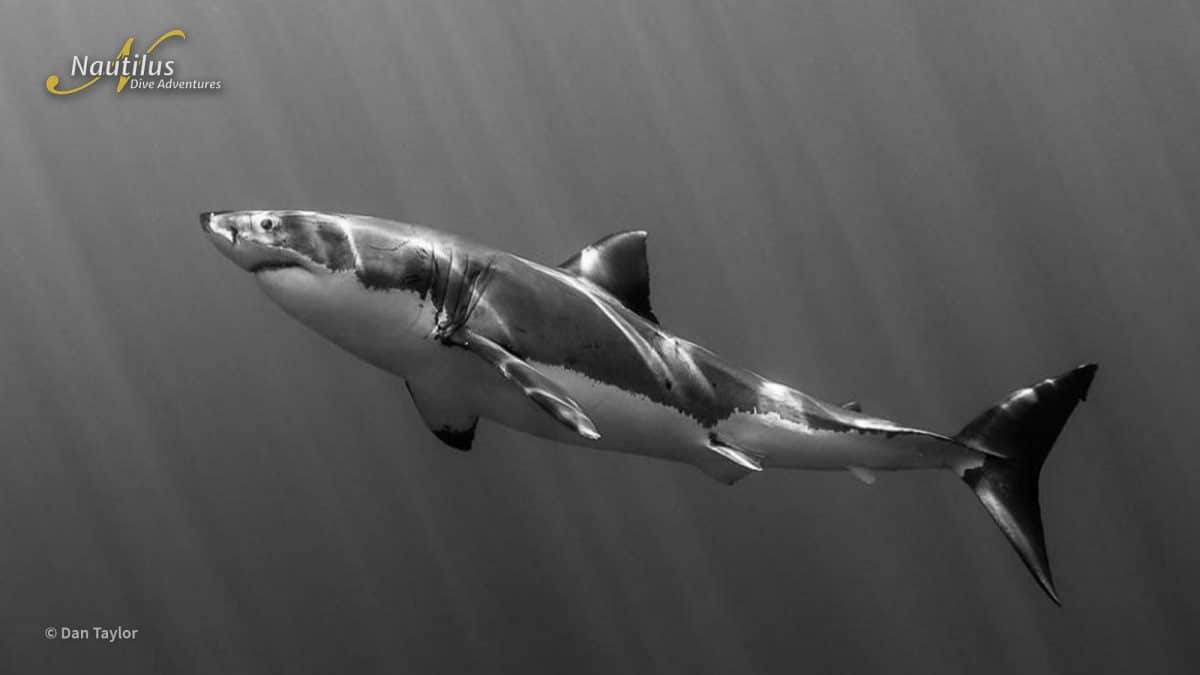 This Is a Beautiful and Very Enriching Experience
As soon as we got up and surfaced slowly ascending with the cage, I come out of the cage, disconnect... Greetings. From your experience, which has more shark sightings? The August or October Guadalupe Great White Expedition? Thanks.

Good question! August is when High energy Males are jockeying for Dominance. October is when the Massive Females are dominating the other sharks. Both have very good sightings. So it depends on what you want to see.