‘Monster shark’ bites great white in half near Stradbroke Island.

A “MONSTER” great white shark measuring up to six metres long is prowling a popular beach after biting another great white almost in half.
Swimmers were warned to stay out of the water off Stradbroke Island after the shark mauled another smaller great white which had been hooked on a baited drum line.
The 3m great white was almost bitten in half.
The fictional shark at the centre of the Steven Spielberg blockbuster Jaws was estimated to be more than 1.5 metres longer.
“It certainly opened up my eyes. I mean the shark that was caught is a substantial shark in itself,” says Jeff Krause of Queensland Fisheries.
The great white, the most dangerous creature in the sea, was still alive when hauled onto a boat near Deadman’s Beach off north Stradbroke island.
News of the shocking attack on the smaller shark has sent jitters along the Queensland coast from Stradbroke Island, near Brisbane, to the Sunshine Coast further north down to the tourist mecca of Surfers Paradise, south of Brisbane.
“Whatever attacked and took chunks out of this big shark must be massive,” said 19-year-old surfer Ashton Smith. “I’ve heard about the big one that’s lurking out there somewhere.
“We’re all being very, very cautious.”
Mr John Gooding, who operates a charter fishing boat, said sharks were everywhere, although there appeared to be no specific reason for an increase in the number.
“Some days you struggle to get a fish on to the boat before the sharks take them,” he told the Courier Mail newspaper.
Many of the popular beaches in Queensland are protected by nets and what are known as drumlines – a series of baited hooks that hang from buoys placed in a line about 500 yards from beaches.
Since the net and drumline programme was introduced in Queensland there has been only one fatal attack on a protected beach.
The relatively recent attack occurred when 21-year-old student Sarah Whiley was killed off Stradbroke Island three years ago.
The Queensland State Government has been under pressure in recent weeks to scale down the shark net and drumline programme because environmentalists say that whales and other big fish are becoming trapped in the nets.
But Fisheries Minister Tim Mulherin said the capture of the badly injured 3.5m shark – and the indication of a much larger one being in the area – showed the necessity to keep the nets and drumlines in place.
Darren Kindleysides, director of the Australian Marine Conservation Society, said the nets were working but at huge cost to whales, dolphins and turtles.
And Vic Hislop, an internationally-recognised authority on sharks, also believes the nets should be removed and other methods explored to scare away the predators.
Read the full article here: http://www.news.com.au/national/monster-shark-bites-great-white-in-half-near-stradbroke-island/story-e6frfkvr-1225791719705

Nautilus Swell: July diving in Alaska!
Lumpsuck is a macro site and guests enjoyed it. This DM had an epic day diving. Tones of Lumpsuckers... 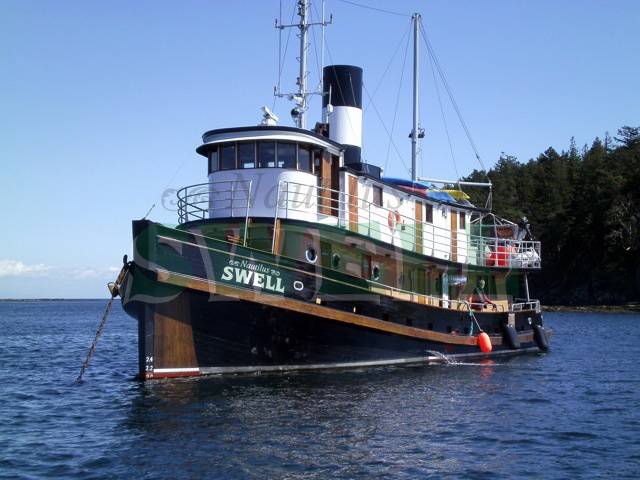