When we were diving at the Boiler, we came across a black manta with a big cluster of barnacles at the base of the tail. It appears they were growing on an old tag or cable since the barnacles were moving around when the manta swam. I wanted to remove it, but it was one of our first mantas and I was afraid it would take off and the guests would be upset. So I decided to wait until the end of the dive when hopefully nobody was around… Unfortunately, the manta left. We looked for it the next dive, but no luck. I’m guessing the tag is on a stainless steel cable, so cutting it might be difficult. It most likely needs to be forcefully pulled out. Not pretty. Howard and Michele photographed the manta. Photos attached.
Sometimes tagging creates problems. I understand science, but does multiple tagging create repetitive information? I’m not sure how long Mauricio’s tags transmit data, but there are a lot of white sharks tagged at Guadalupe. Some tags appear to be very old. I wonder if there is a better way? Perhaps a metal that will dissolve over time to release the transmitter after it is no longer functioning. All just thoughts. No easy solution.
– Ed Stetson

If you want to se big animals…
This is the second time we have taken this trip on the Nautilus Belle Amie, it’s the same good... 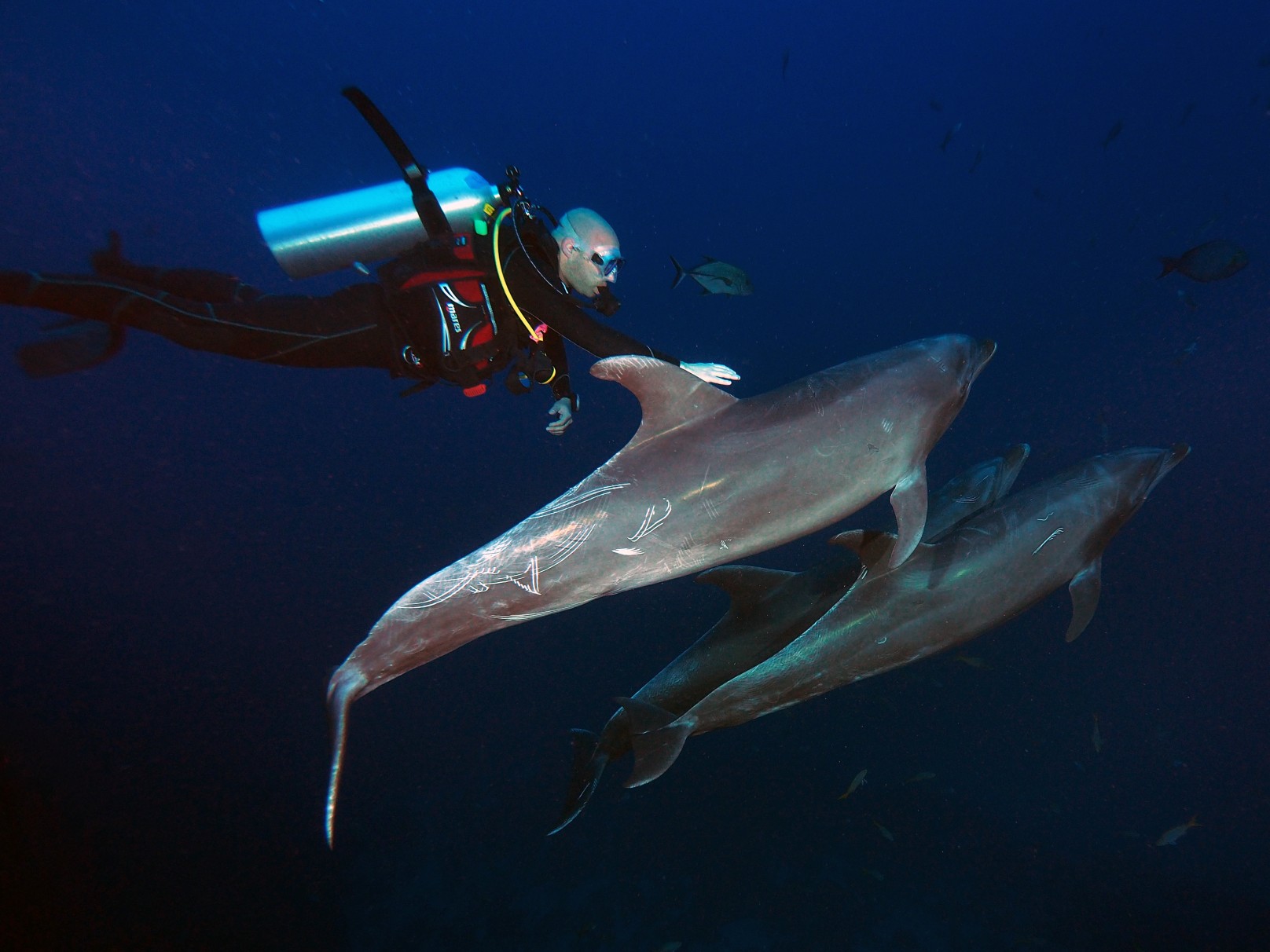 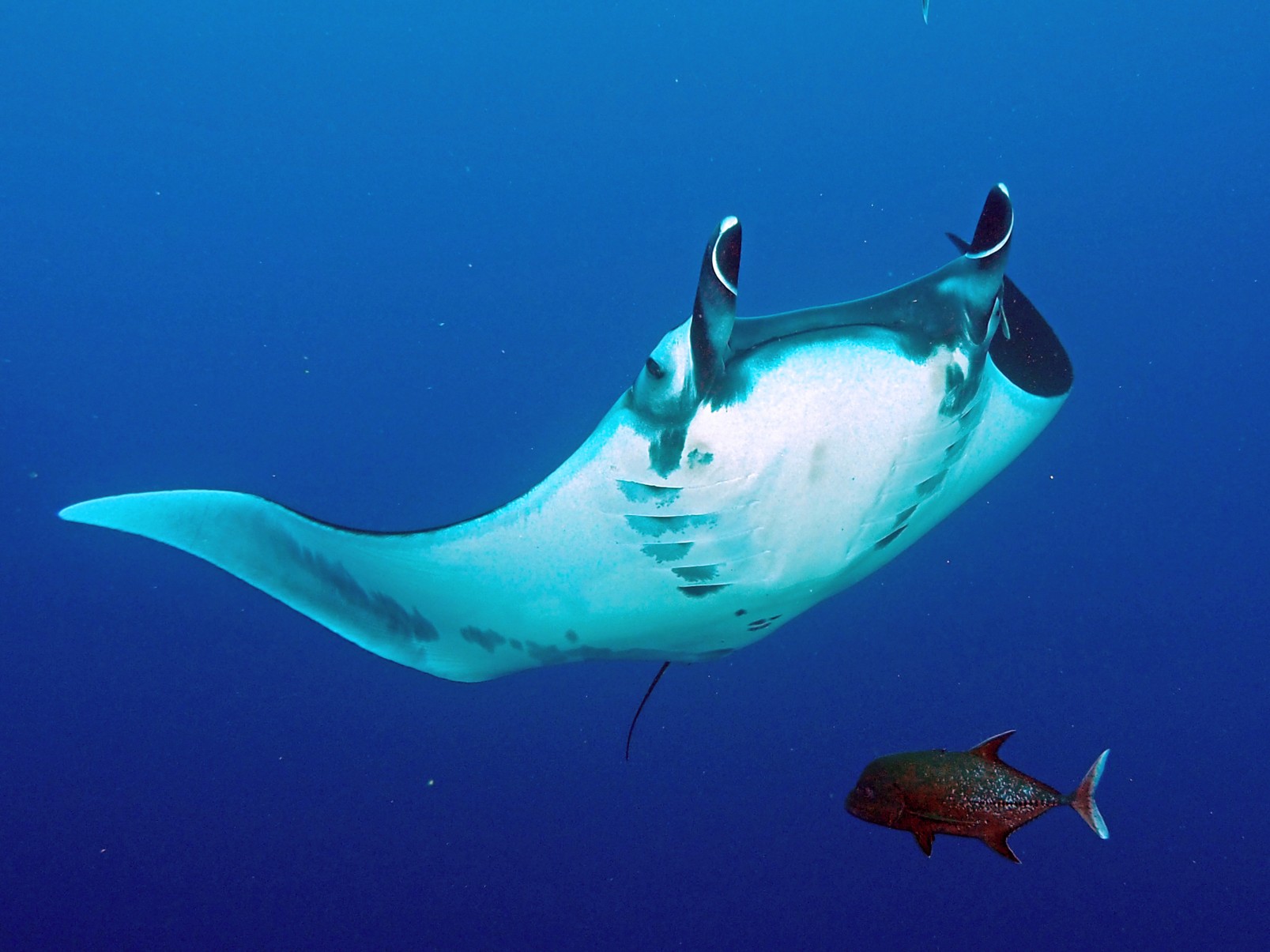