Yesterday afternoon was great and the shark action was awesome! Geoff Nuttal was putting on a show all day long at the surface and passing really close to the submersible cages. Near the end of the day, Sad Face showed up to give us a great ending. Neptune and Joker were the other two sharks that we identified from yesterday. Today started really slow, two sharks that tried take the tuna, but that was all. Within the last hour things are getting better, the sharks started to come up to surface. In the surface cages there was one dive were they could see 4 different sharks, one of them was a female, Chelsea.
– Captain Vicente 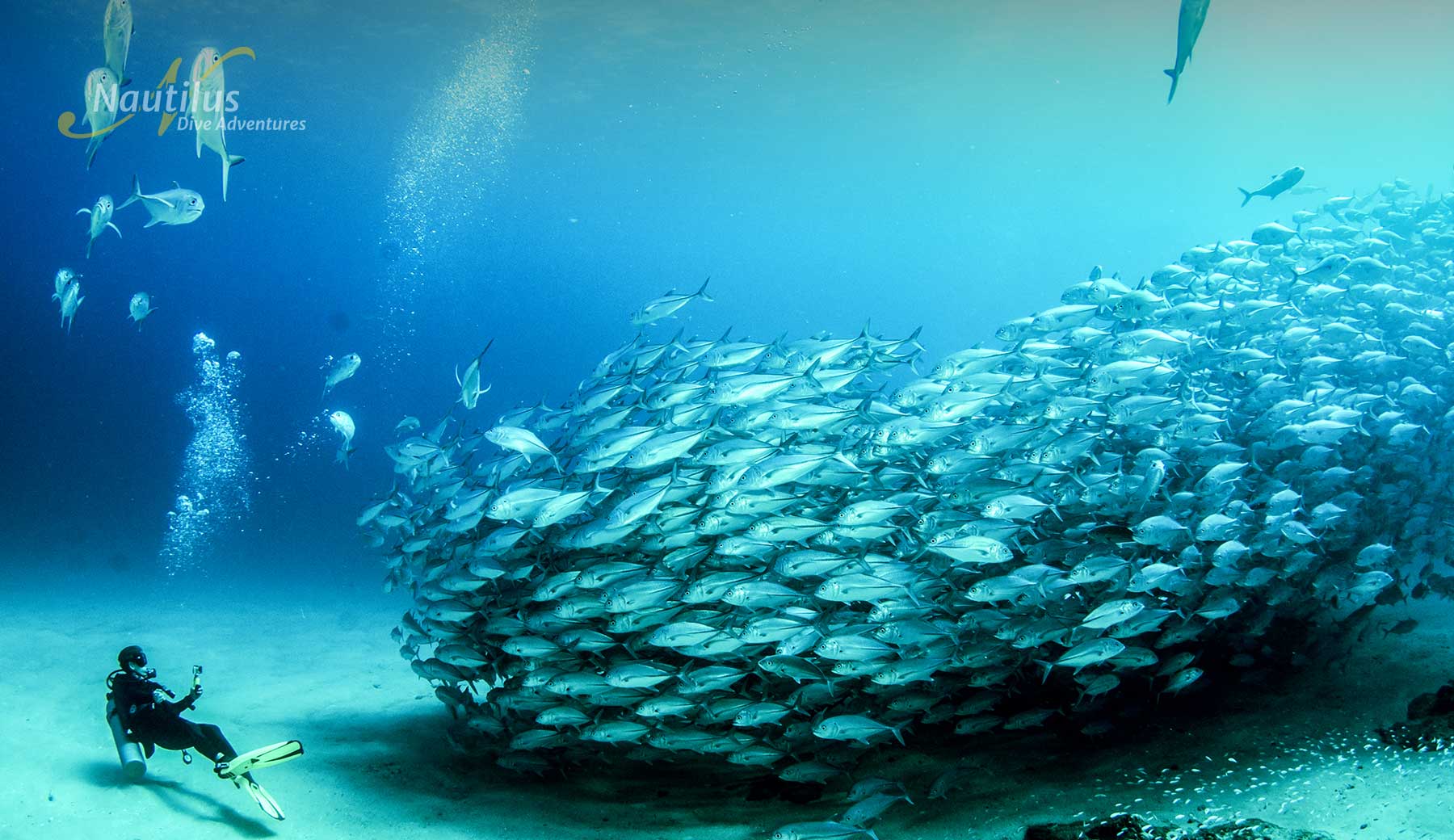 Guest Blog, Nautilus Gallant Lady
We spot a group of sperm whales... 4-6 spouts in the distance. Pato told me to jump and the whales c...