I saw one shark going full speed for the bait, for about 30 minutes. In one of the tries the shark lost the bait, which was cut off from the wrangling line, and he started to chase it down full speed. He grabbed it and came up to my cage, decided to go on a vertical position and finish biting the pieces of tuna, right in front of us, he rolled white eyes and swallowed everything… I have never seen so much action, felt so much adrenaline, and been so excited about a cage dive ever before!

Just in case that wasn’t enough, after that he kept playing around the bait, but did not manage to get the other pieces, there was a juvenile shark paying close attention to the behavior of the adult shark… learning by observing older sharks? I’m wondering about the sharks’ behaviors now; it is quite interesting… I will keep and eye on them the rest of the season. By the way, we identified the adult shark “Captain Jack”! My new favourite shark!! 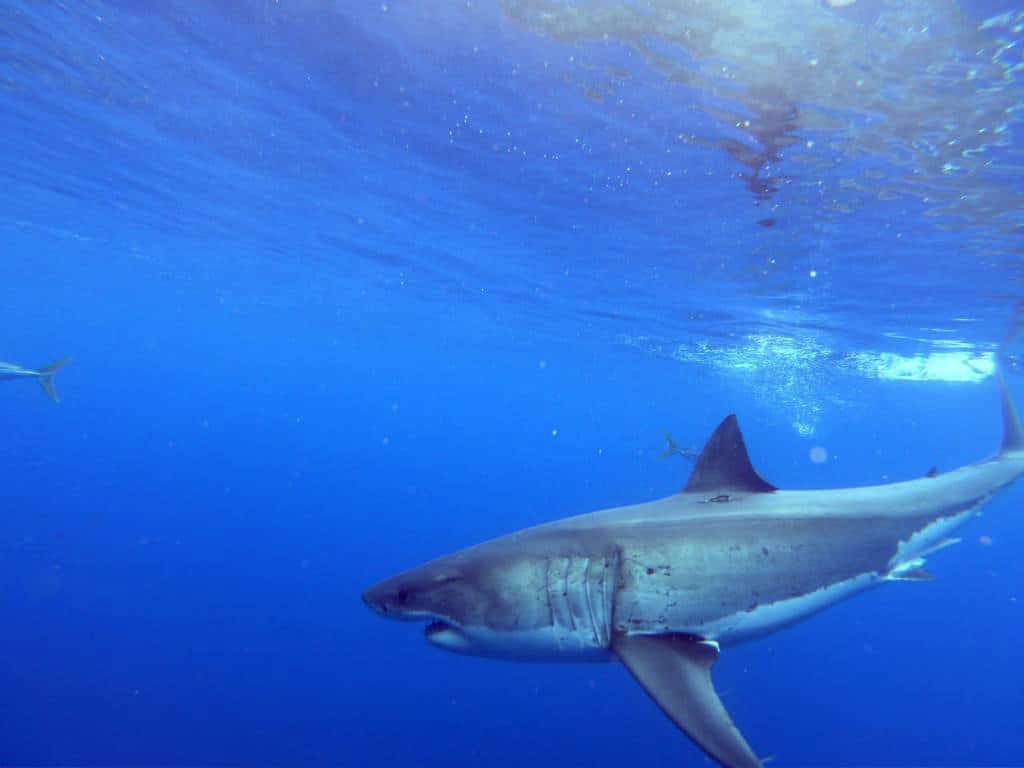