As sharks, whales, tunas and marlins populations plummet, we must carefully choose sustainable actions if we ever hope to keep these big pelagic species from extinction. Through ecotourism, a world where pelagic species thrive and flourish is possible. We know, because we witnessed it, and it was magical.

The Magnet Islands offers the largest pelagic-marine species in the world: REVILLAGIGEDO.

About the Socorro ecotourism expedition

Aboard the Nautilus Explorer David Serradell spent 10 days exploring the Revillagigedo Archipelago. The wildest place in the Mexican seas is made up of four remotely-set volcanic islands at the southern tip of the Baja-California peninsula in the pelagic waters of the Pacific Ocean. This Archipelago is home to some of the world’s most spectacular marine wildlife, and provides an unparalleled location to get up-close and personal to a number of stunning, and sometimes rarely-seen, species.

Socorro, Clarión, San Benedicto, and Roca Partida represent the four peaks of the volcanoes emerging up to 4,000 meters from the seafloor. However, this expedition was focused on exploring Socorro, San Benedicto, and Roca Partida, leaving Clarión to be explored at a later date.  These underwater mountains create an upwelling of nutrient-rich waters, which supports a vast array of marine life, including beautiful coral reefs and nearly 366 species of fish; twenty six of which are found nowhere else on the planet.

The exploration began from mainland Los Cabos and spent about 27 hours sailing to the islands around Socorro.  It was incredible crossing aboard the amazing Nautilus Explorer and then underwater you’re just simply astonished with the topography of this place that consists of rocky outcroppings, boulders, and some walls of volcanic origin that possess some of the best preserved terrestrial and marine ecosystems in the world.

You’re just simply astonished with the topography of this place

Some of the highlights of the expedition include an unrivaled density of biomass around the islands. Lobsters, jacks, and cleaning stations filled with silvertip(vulnerable) and Galapagos sharks(near threatened) were witnessed, and to top it off an amazing interaction with a giant oceanic manta ray(vulnerable) and bottlenose dolphins(vulnerable).

Seeing wild dolphins interacting with humans, with no retribution and only to socialise, in the wild is a charming experience, and one you can experience in Socorro Island on your next ecoadventure.

This kind of natural spectacle is not all that can be seen. Hammerhead sharks(endangered), whale sharks(endangered), silky sharks(near threatened), tuna(vulnerable), and many more large and fascinating sea creatures call this marine area, with the largest concentration of megafauna in North America, their home.

As of October 2017 the Archipelago marine reserve now protects 148,000 miles of underwater species making it the largest protected marine reserve in North America.  Litter and other dangerous and unnatural items that could harm the wildlife are being removed and scientists are constantly researching new ways to improve underwater conservation. If you chose to dive here, you will be helping keep this marine ecosystem alive and flourishing.

From the seafloor to the surface, the waters were alive with a thriving ecosystem. It’s probably how our oceans used to be 200 years ago, and we came out of the water off more than one dive almost crying of hope and joy. Socorro is ALIVE! There are few remote places on this earth that contain a nearly-unmatched life support system as Archipelagos.

A big part of the species that were encountered were endangered, which makes you understand how important it is to see ecotourism as one of the crucial solutions to letting these ocean inhabitants thrive.

Why is ecotourism important?

All divers, including YOU, can help make places like Socorro a safer home for our marine life. If you are fascinated by sharks or mantas and interested in marine conservation, you can combine those interests through #ecotourism. Nautilus Dive Adventures gives you the chance to swim alongside many kinds of sharks – plus innumerable other big and small pelagic creatures – all found in one of the world’s most beautiful dive spots. Through this kind of ecotourism diving, you’ll also be helping to protect the marine area.

We need people now, more than ever, to take part in the preservation of our living blue planet by whatever means necessary, so please, never forget you can make a difference. All you have to do is try. We hope that through our experiences and images we will be able to inspire more humans to come visit this active and alive remote place of our earth and help protect it.

In the words of the great Sylvia Earle, “Our past, our present, and whatever remains of our future, absolutely depend on what we do now.”

This is the trip of dolphins
We started off jumping close to the wall. While swimming towards the receiver, several whitetips cro... 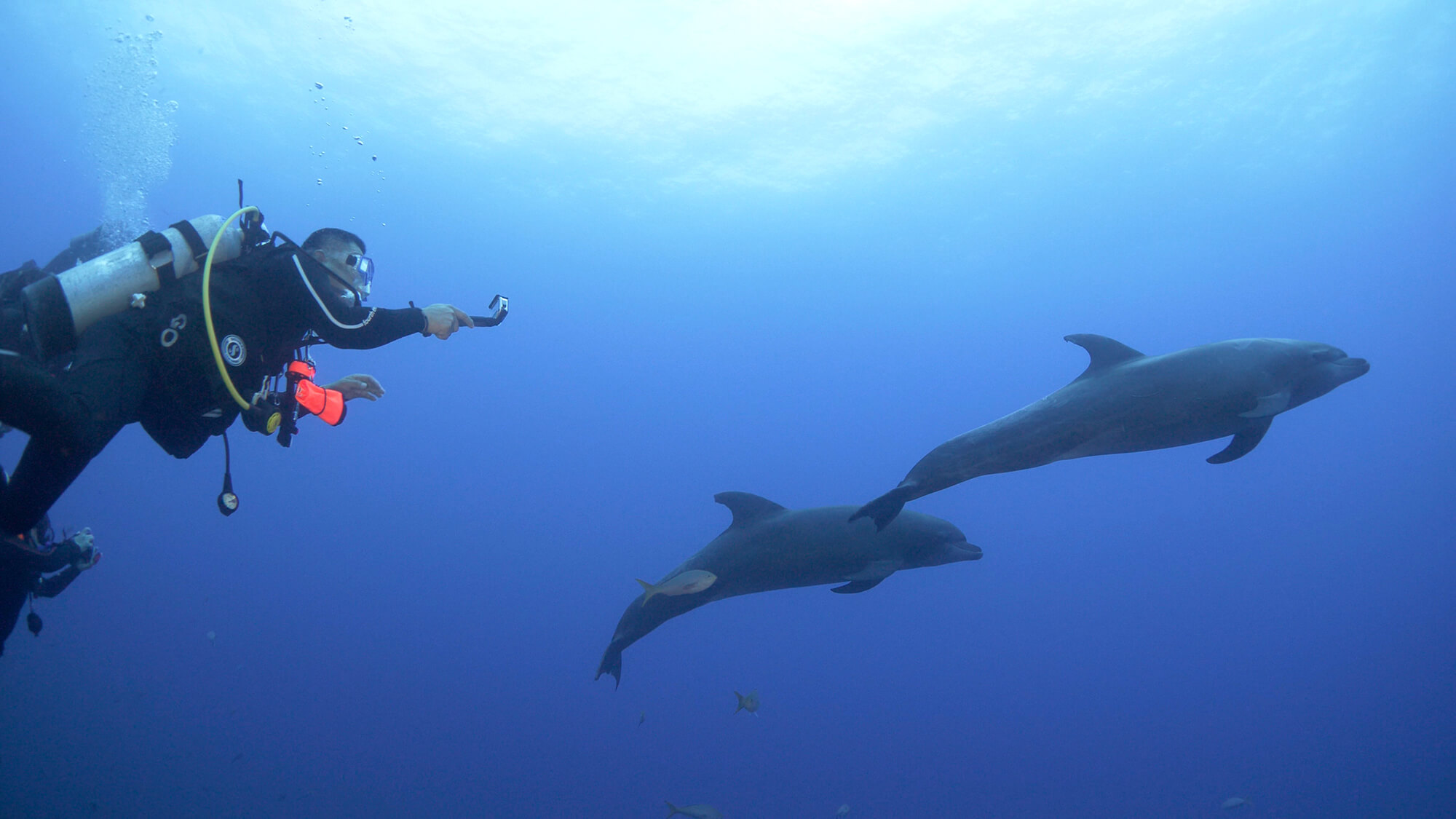 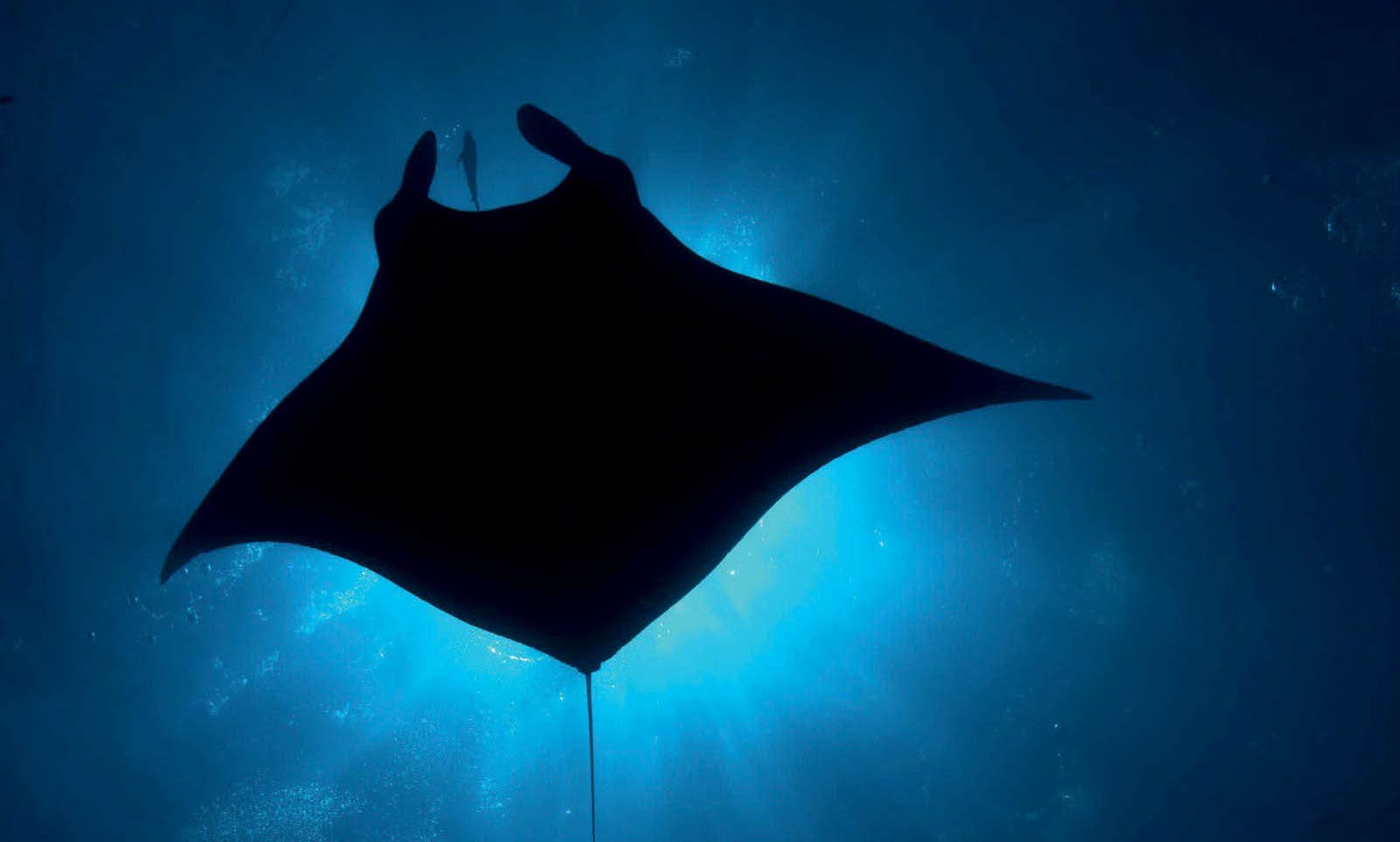