This is the translation for the article: https://www.excelsior.com.mx/nacional/tiburon-blanco-de-bc-en-grave-peligro-por-piratas-chinos/1398889

The great white shark is a threatened species under Mexican Law. In Mexico, its fishing has been prohibited since December of 2013.

The majestic white shark of the Guadalupe Island Biosphere Reserve in Baja California is in grave danger due to the presence of illegal fishing boats from China entering Mexican waters.

The great white shark is a threatened species under Mexican Law and the IUCN Red List. In Mexico, its fishing has been prohibited since December of 2013.

“It is not a secret to anyone that the Chinese are always looking for shark fin, it is a highly valued product in the Asian market as they believe it has healing and aphrodisiacal properties. Shark fin soup is a popular dish,” said Alejandro Olivera, Mexican representative for the Biological Diversity Center.

The fishing fleet with a Chinese Flag spotten since July 16th near the Galapagos Islands in Ecuador has not respected international borders and could enter at any moment to fish in Mexican waters.

This threat combined with constant cuts to the budgets for inspection and vigilance to combat illegal fishing put Mexico and especially remote sites such as Guadalupe Island in a risky situation.

“They clearly come in. The Chinese don’t have limits, anything that moves they capture. We need to be alert, we need to be ready.” he signalled.

The Chinese boats have open entry with the lack of vigilance in the white shark sanctuary in Mexico, located 352km from the port of Ensenada, about 18 hours by boat from the coast.

“We are talking about a Chinese fleet that has about 500 boats with storage capacity of up to 1000 or 1500 tons.” explained the director of Canainpesca.

This grave situation is thanks to the fact that since March, CONANP (National Commission for Natural Protected Areas) has suspended “until further notice” all touristic and recreational activities in the Guadalupe Biosphere reserve with a stated motive of the state of emergency due to COVID 19.

“The problem there is that with the distance and with the diving using surface supplied oxygen hoses, it implies that we have to guarantee that they are free of everything.” said Benito Bermudez, the director of CONANP in Baja California and the North Pacific Region of Mexico.

The constant movement that is registered in the sanctuary from the beginning of January through to the end of November, during the season for white shark diving, serves to keep away fishermen who hesitate to undergo illegal fishing activities in the presence of fast moving diving boats with video and radio equipment.

“The capacity to scare away the illegal fisherman is nullified, it’s zero. A shark fishing boat that enters in one day can take in 300 sharks. That would eliminate the population of sharks on the island, and goodbye- Guadalupe and the great white shark are wiped out.” warned Ricardo Tamano.

The representative for the Guadalupe Island tourism vendors emphasized that the boats have proven protocols for hygiene and disinfection to prevent spread of the virus, so there is no risk to visitors or crew.

He highlighted that this activity generates a significant amount of employment and economic activity which are so desperately needed in Mexico today, with 144 direct employees and 250 indirect workers being affected.

After six months of inactivity, there is a real fear of companies going under as they aren’t able to keep paying salaries indefinitely.

“This is the problem as the boats have been docked since March.” he said.

Over the 2019 season, the economic contribution of this activity was 80.6 million pesos in payments to maintenance workers, contractors, service providers, wages, and the spending of 2,917 tourists on board.

For CONANP, the closure represents losses of about 600,000 pesos for permits, which in these challenging times is an important resource.

The people who look white sharks in the eyes on Guadalupe no longer see them as a serial killer and instead as charismatic and curious animals in need of protection and conservation.

Biologist Benito Bermudez added that the decision made in Guadalupe has nothing to do with other subjects, only health and safety, for which he will meet with tourist operators to agree on the manner to restart activities, guided by the recommendation of the Health Secretary and the Port Captain.

The best place in the world

Guadalupe Island was designated a Biosphere Reserve on April 25, 2005 because it is the only white shark gathering place in Mexico, and one of the three top locations in the world to see them, together with South Africa and Australia thanks to clear waters offering more than 30 meters of visibility.

The white shark, an apex predator, so important in the marine ecosystem, are brought to the islands by the strong temperate ocean currents, rocky seafloor and the colonies of seals present. Young male sharks may spend up to 14 months in the area.

In agreement with Dr. Mauricio Hoyos, general director of the organization Pelagios Kakunja, identified a female shark in 2013 that measured more than 6 meters in length, the largest whaite shark documented. 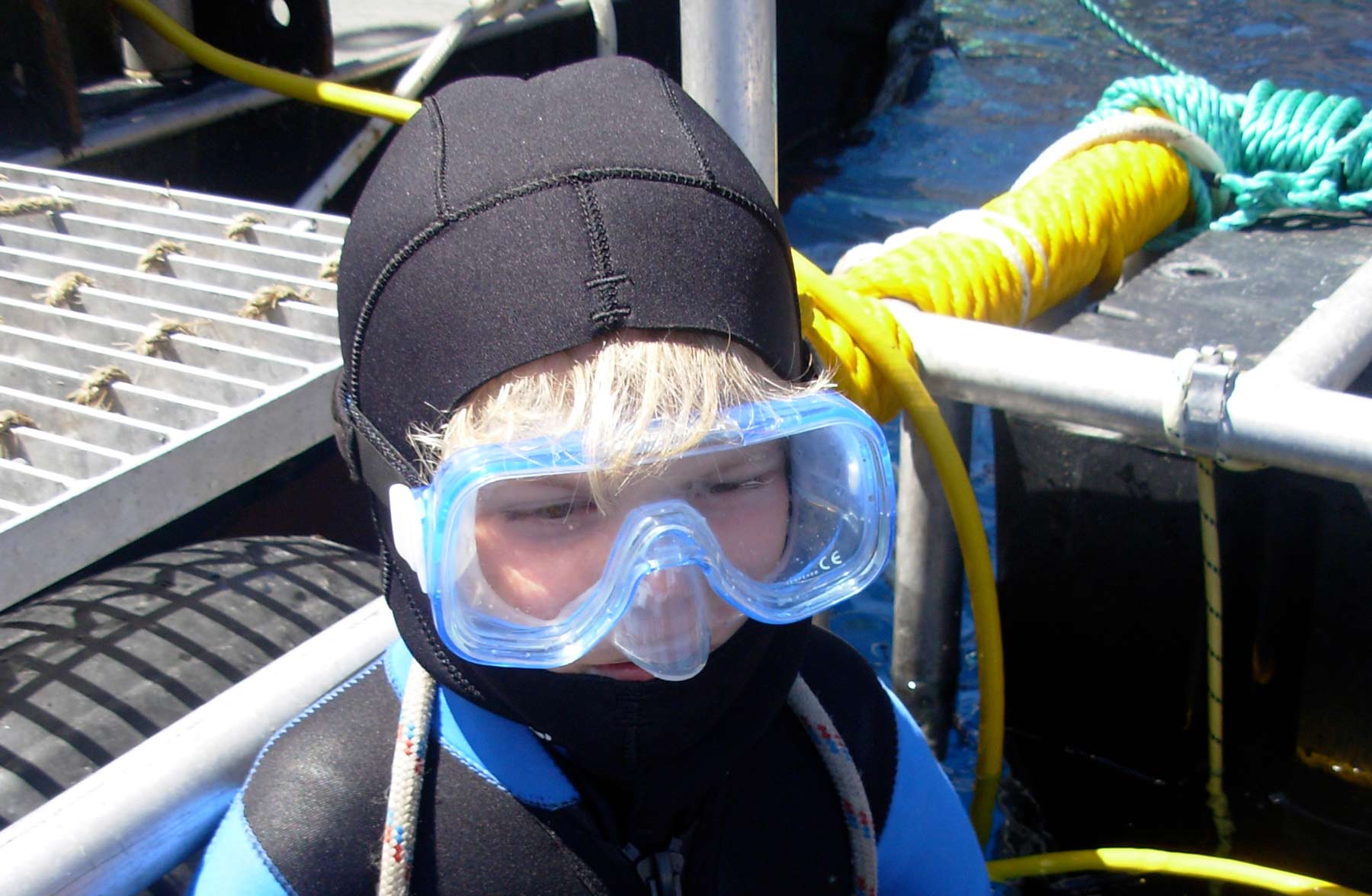 How Intelligent are Great White Sharks?
Great white sharks have existed on our planet for millions of years, evolving and adapting to their ... 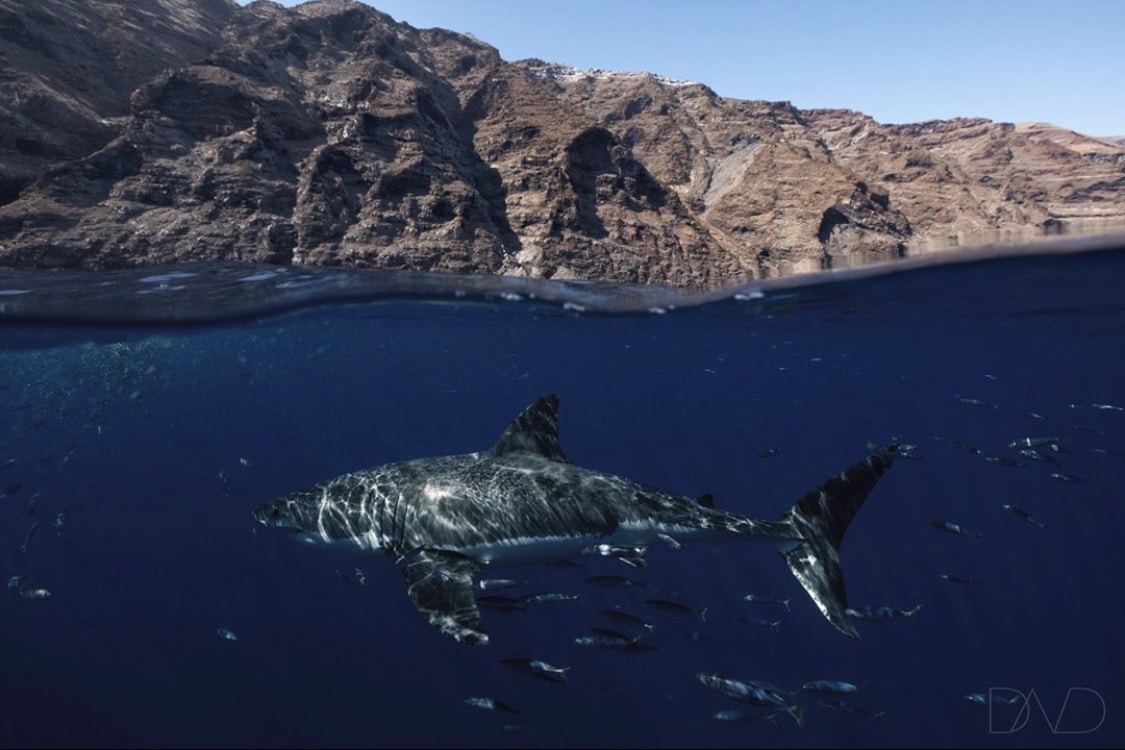