The sun slowly rises out of the Pacific Ocean, a remote Jurassic looking island appears out of the mist… It’s Guadalupe Island. The sheer and steep coastline is shining reddish in the morning light, it’s a surreal scenery. The ocean is dazzling and looks almost like a glistening blue honey. One divemaster begins to wrangle and maybe 15 minutes later the first shout that the avid great white shark lovers are waiting for vibrates through the air… “Shaaaark!!” Out of the deep blue of the Eastern Pacific the first great white sharks show up.

Today we have a group of males around the boat that just reached maturity. They are all approximately the same size and their bodies are probably still filled with testosterone due to their age. Those buggers to not have any hierarchy, they go for the bait even if another shark is already on it. At one point I see three of them swimming towards the bait and end up bumping into each other. Those guys just swim so fast and you start to get an idea of the sheer power that those animals could develop. It’s a real rodeo that those five sharks are showing us. Pure power but also seeing their intelligence through their movements is absolutely majestic.

What amazes me every day here on the coast of Guadalupe Island is the range of different behaviors that you can observe but also how individual each shark is. They are individuals with character; you have to see it to understand how different every shark can be.

For me it’s the best place in the world to observe great whites sharks. Crystal clear water, the island in the backdrop and a microclimate that promises a lot of sunshine. The factors just correlate perfectly. You have clouds falling over the edge of the island that look like waterfalls and by night, a twinkling sky filled with the milky way and shooting stars. From the coast you can hear the fur seals and their pups and you can observe northern elephant seals. We even had a Guadalupe fur seal swimming between the white sharks yesterday… That’s Guadalupe Island. It never ceases to amaze me.

Unbelievable Trip
Better than all the videos you could watch online. Seeing and experiencing it all in person, live, a...

Amazing Crew, Beautiful Trip and a Great Adventure
Seeing your first great white shark up close is an experience you will never forget, and one that ne... 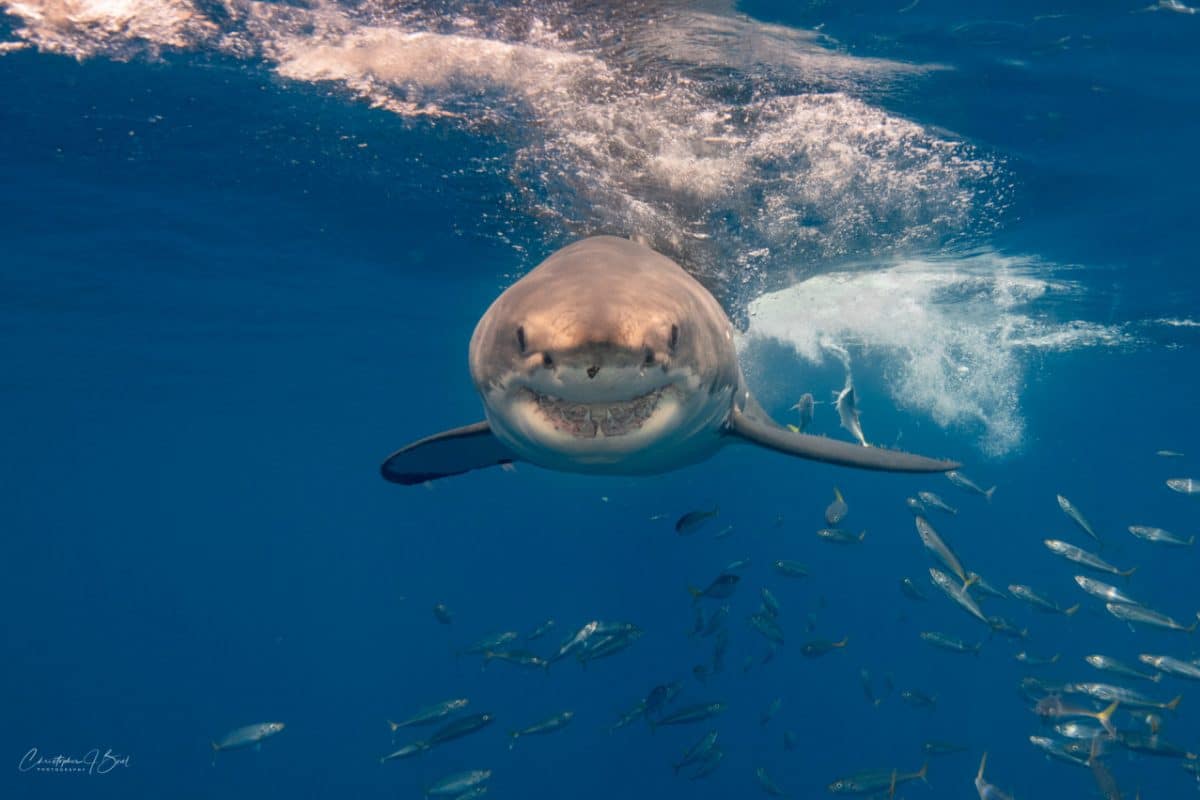