Our first day at Guadalupe Island has been incredible. All of our guests were able to enjoy multiple encounters with great white sharks. In total, I counted eight sharks during one of my submersible cage dives with activity ranging from sudden bursts at our bait to slow, circling movements below the cages. The action started fairly slow this morning but ironically, once our morning coffee had kicked in, it seemed the sharks had also received their caffeine fix right on cue. One after another they began to appear. From the depths below and across the bay, they made their way over and began to assert their dominance within our surroundings with full breaches and sudden rushes at our bait which gave us constant action from the dive deck, surface cages, and submersible cages. We even had a random full breach from a shark which happened in between the Nautilus Explorer and Nautilus Undersea! It shot up like a firework which was totally unexpected but for those who managed to see it, was a sight to see.

Surrounding the sharks below were shoals of shimmering mackerel that would burst into life when the yellowfin tuna would come whizzing through which had me in a hypnotic-like trance full of admiration and awe for the ocean and the marine biodiversity within it. Amongst the bait balls of mackerel, the sharks would emerge and it would be in that moment, you would truly appreciate these animals and understand the importance they have in our oceans.

Seeing Them Torpedo Out of the Water
I thought these sharks only breached in South African waters but seeing them from the dive deck was ... 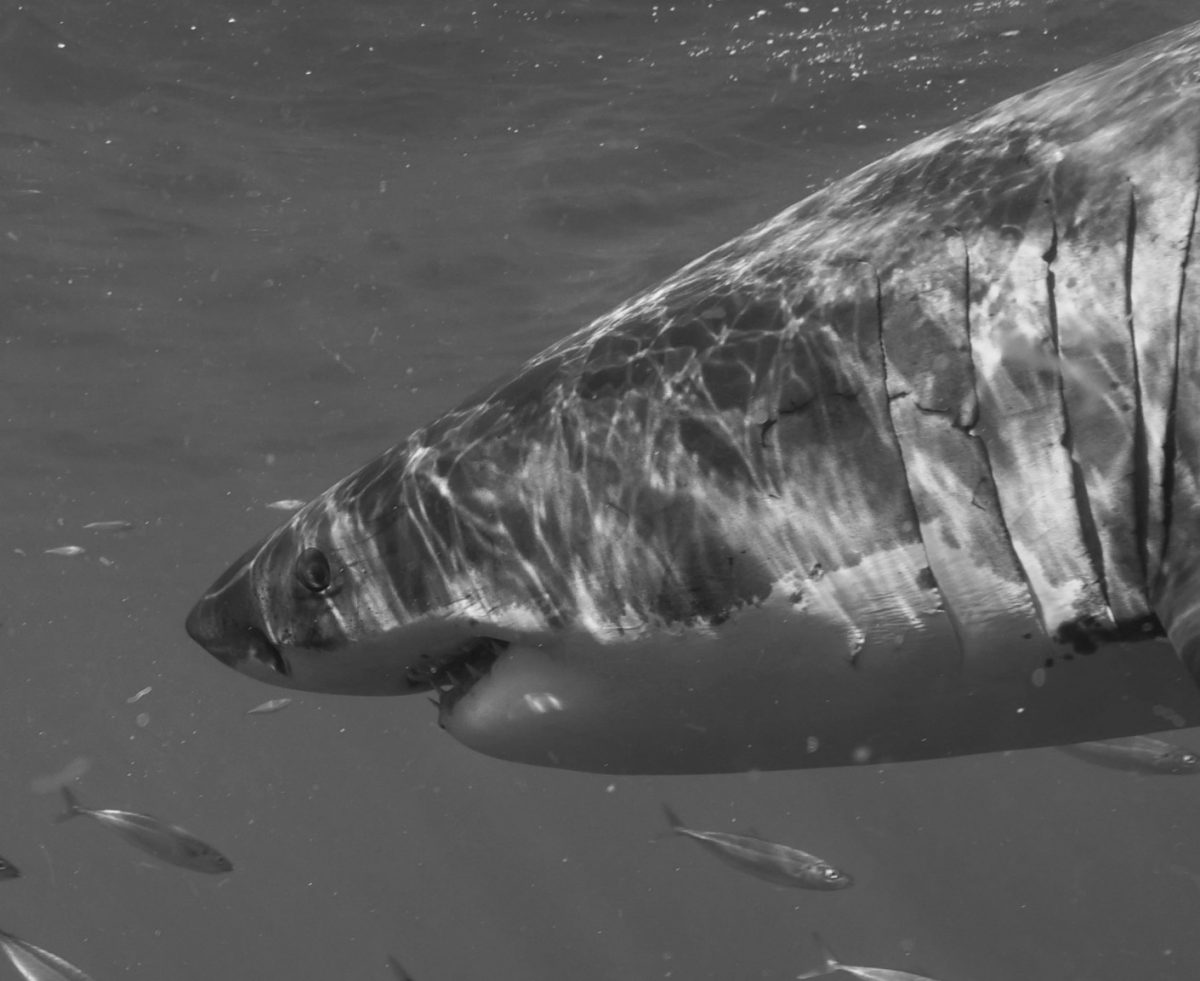