The gray whales have been here in San Ignacio Lagoon for several weeks!

We are pretty darned excited and have sighted our first gray whale of the season in the lagoon 2 weeks ago. I was up in San Diego 4 weeks ago and a local whale watching company told me that their first sightings from the gray whale migration this season were a week early. Fingers crossed and cheers to a great season!!

The gray whales are of course making a major migration with a return trip of 10,000 miles from the Bering Sea to San Ignacio Lagoon. Food sources along Baja are almost non-existent for the gray whales so why the heck do they stress themselves too fast and make this heavy-duty trip. One would think it especially difficult for new mamas who lactate while fasting for many months at a time while their newborn calves grow from 12 – 14 feet up to 20 feet or longer, putting on 60 – 80 lbs of weight a day. All of that growth is supported by calves feeding on Mum who is not feeding herself… Actually, interestingly, research monitoring body size and blubber thickness indicate that big full-grown females are able to support extended lactation fairly easily. It must be a lot more challenging for younger moms who are sexually reproductive when 10 years old but don’t reach full size and have ample blubber and body mass for another 30 years!! A fully grown mature female is usually twice the size of a new mum.

Why the gray whale migration?

Why make this long swim every 2 years to give birth in a lagoon 5000 miles away. We are doubtful it’s because of the high salinity of the lagoon although that is an often quoted reason. It’s not because of the relatively warm water of the lagoon or energy conservation because a normal, healthy calf is well insulated for water 20 degrees colder than San Ignacio. There has to be more direct and high value to the whales to make this migration worth the fasting and long swim. I think it’s because San Ignacio Lagoon is a safe place for the newborn calves to learn the basics of life from momma, get strong, grow, be protected from predators, and ready themselves for the long swim north as far as the Bering sea.

Safe?  Why is the lagoon safe for calves???

I think it comes down to orcas (killer whales), the nemesis of gray whale calves. As we heartbreakingly see in Monterey Bay, California, orcas prey on gray whale calves. and yet there are no reports of orcas ever entering the lagoon. Why??? No orca has ever been sighted inside the lagoon. If a gray whale can navigate the sand bars at the entrance to San Ignacio, surely an orca could? The thing is that orcas navigate and hunt their prey using echolocation which wouldn’t work very well in the shallow and muddy lagoon. The killer whale would be going in mostly blind and feeling their way around which would leave them vulnerable to full-size adult gray whales. As we saw with gray whales attacking and killing whalers in the 19th century, these are big, powerful animals with a temper. “One fluke slap from a big gray whale across the face of an orca easily put the killer whale out of action permanently. For gray whales, coming to the lagoon may be an evolved behaviour to avoid predation at the most sensitive time in their life cycle, during mating and with very young calves”. – Eye of the Whale: Epic Passage From Baja To Siberia by Dick Russell.

Point of interest with regard to San Diego gray whale migration watching. San Diego bay was a birthing lagoon in the 19th century. Historical records recount stories of ladies being taken out for a row around the bay only to be covered in interesting smelling whale blows. Those whales were wiped out by whalers and no whales have ever returned to birth there. Sad but true. But at least we get to see loads of gray whales in San Ignacio Lagoon.

Hope you can join us.

Is it ok to touch gray whales?
That day a new era dawned in human-cetacean interaction and that big beautiful gray whale became the... 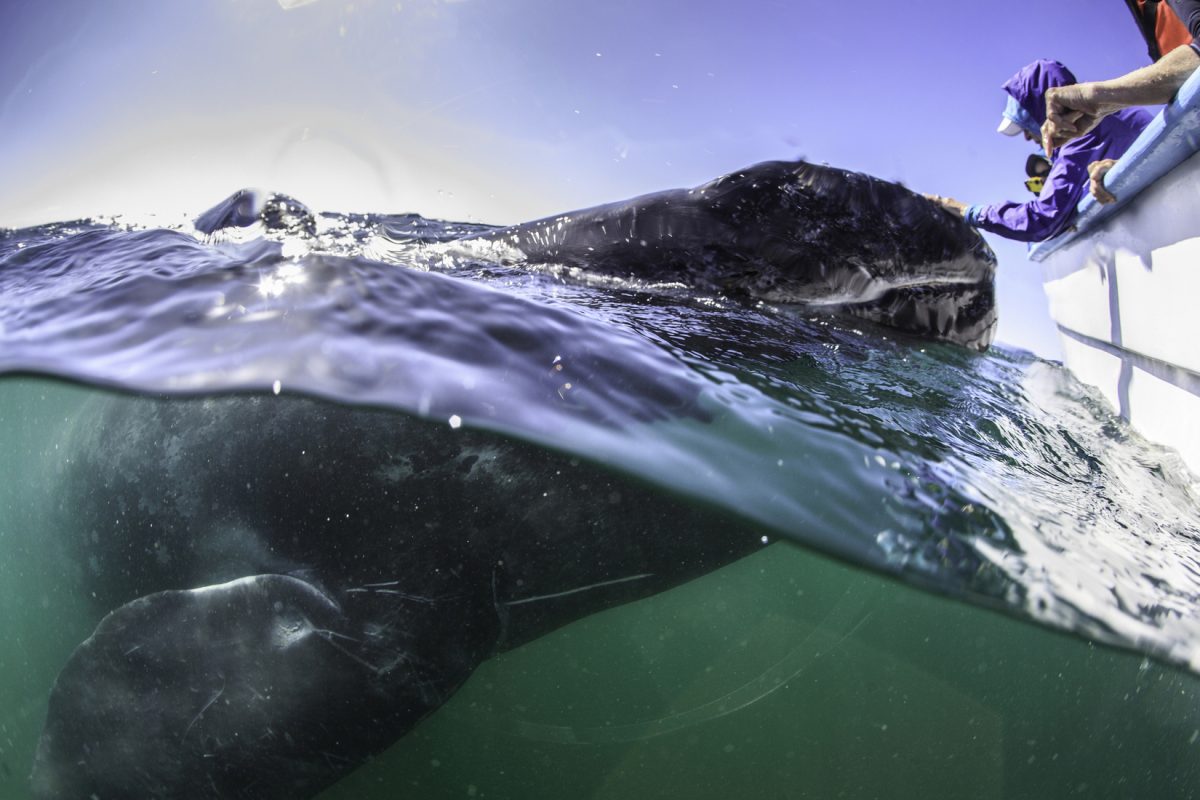 Log from the Lagoon 20 January 2022
Amidst all this, the whales go on with their business. As we were enjoying the beautiful weather on ... 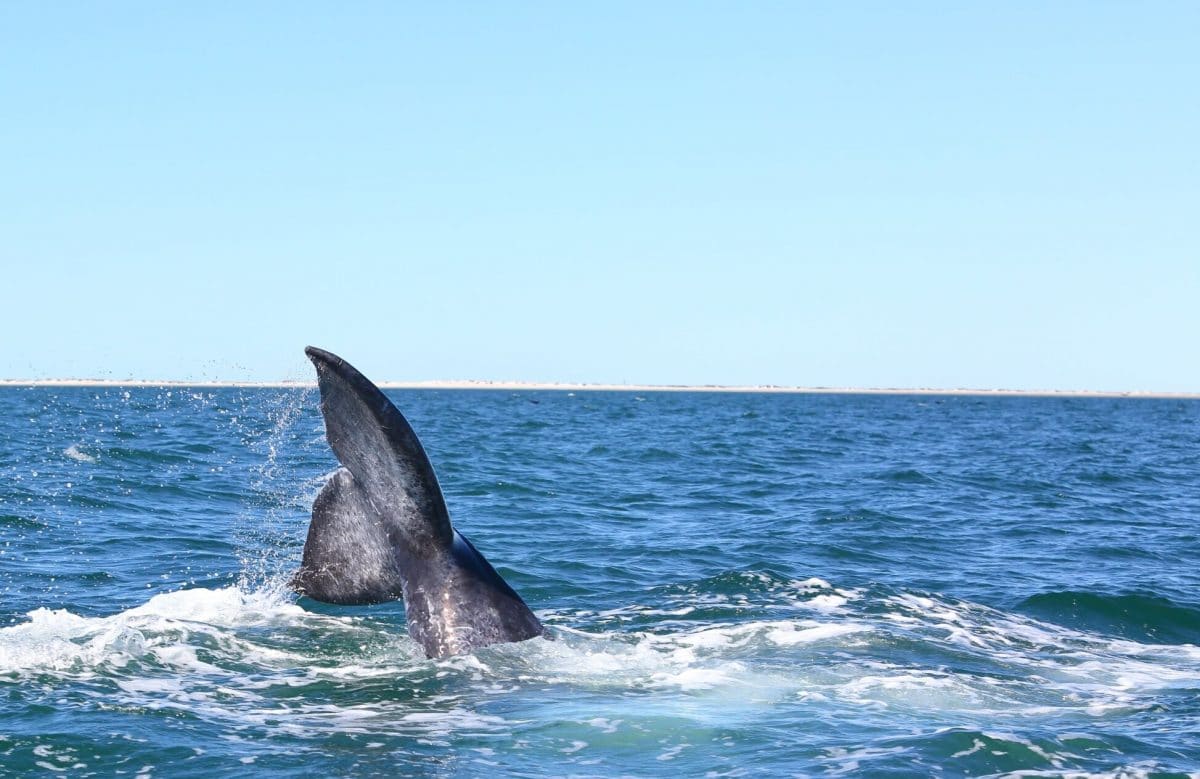