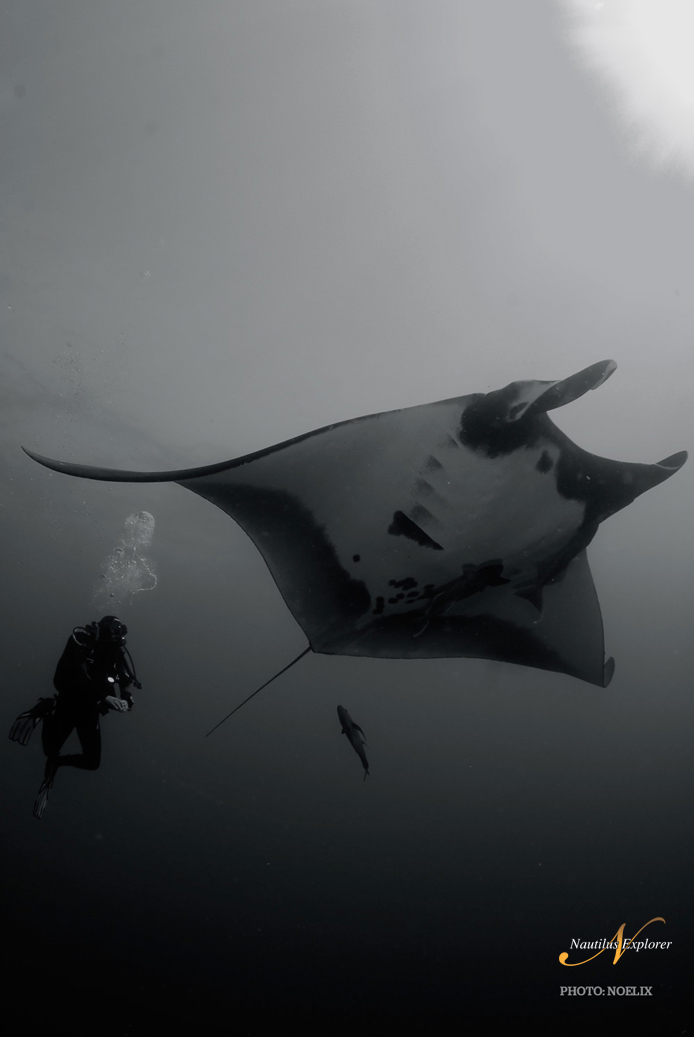 As one of the dive masters on the boat I am used to having great dives at all our dive sites around Socorro, however, the second dive we did at Roca Partida was simply phenomenal. We hung out at the North Point, where we waited patiently for things to swim in to view. Hanging out in the midst of all the Creole fish we waited. First we saw a big school of black jacks (I have never seen them school before) after which we moved slowly away, keeping the rock in sight. We had a school (yes, a school, which I have never seen before as they are usually in small numbers) of Black jacks. Then, wham 20 Galapagos sharks swam past in formation. We were looking at them when we saw the hammerhead school just behind them. Not too bad. After that we drifted down the East wall, surrounded by fish whilst 4 large Silvertip sharks swam around us. Wow! It was like being in a fish bowl. I could go on and on about what we saw and how fabulous it was, however it would take several pages. The only thing left to say is that at 40 feet we saw another school of hammerheads! Oh, yeah What a dive. Enough sharks for now and we are off to San Benedicto tomorrow for another manta fix.
Belinda – Dive Master

What a rock. Saw Silvertip, Galapagos , Hammerhead, and Whitetip sharks on most dives. Swam and played with Dolphins on 3 different dives. They wanted to interact and on one dive stayed and played for over 5 minutes. The jacks schools where dense and the Tuna was plentiful. We had a wall of Galapagos sharks on one dive that had 20 plus sharks in view at one time. Again, what a Rock.
John Reading Mount Laurel, NJ

Schools of hammerheads, silvertips,  Galapagos and whitetip sharks, dolphins providing entertainment at safety stops. What a dive site! Sharks on every dive the schools of jacks were so dense that I couldn’t see past the wall of fish at times. Whitetips resting on the ledges piled on top of one another, perfect photo op! Trumpetfish and eels swimming up the crevices of the rock. Nonstop entertainment!
Eriko T. of Tokyo, Japan

The Boiler at San Benedicto featured loads of great manta interaction or manta loving' as we like to call it with a least 5 giant mantas. San Benedicto, Socorro Island, Mexico.
Today was our final day of diving for this Socorro Expedition and...

It was manta show today at Socorro. They circled us the whole dive. We didn't even have to move. Socorro, Baja California, Mexico.
The Boiler: A beehive of giant mantas, 50 minutes of nonstop buzzing. Unbelievab...