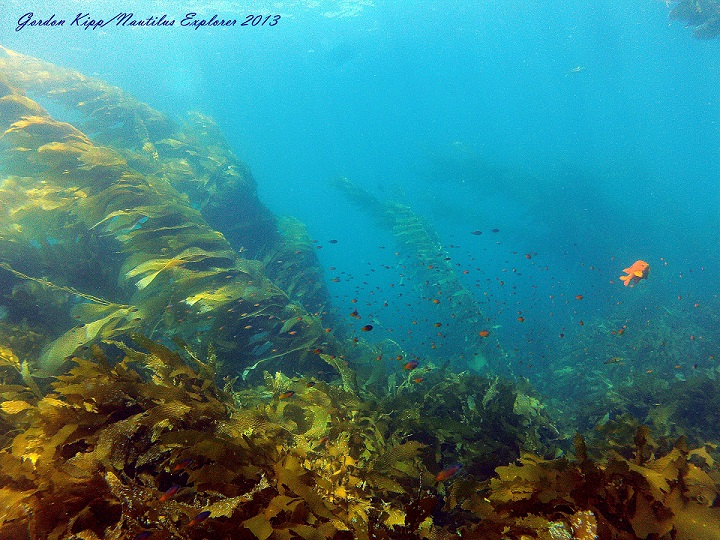 San Benitos and the word of the day is sea-lions. Day 4 and it was a 4-dive day for me. The first three dives of the day were like being dropped in a sea lion nursery just surrounded by juvenile sea lions that wanted to play around and figure out who these strange looking visitors were. All three dives lasted just under the 60 minutes allowed and never went deeper than 9 meters but cant remember when I have had so much fun so shallow. The last dive of the day was a little further around the island near a local fishing village whos locals we had the privilege of meeting and watching work earlier in the day. As for the dive there was only two of us keen for another dip so with JJ and Carmen we went off on a exploring dive. We found a huge kelp forest and swam threw that for about 30 minutes and was met at the end by our old friend the sea lion who swam past did a few barrel rolls and disappeared. Now after 10 minutes in the hot tub its time for some more of Enrique’s great food.
– David Walton Representing Scotland on the Nautilus Explorer.

Breathtaking. Mesmerizing. I just kept playing footage of the great white shark I saw over and over on my laptop. I will never forget this experience.
Kevin sage diving Great white sharks with the Nautilus Explorer G...

I love diving with California sea lions at San Benitos. They are a different kind of fun that diving with white sharks.
First dive with sea lions great, the harbor seal was good. – Yves Nice kel...