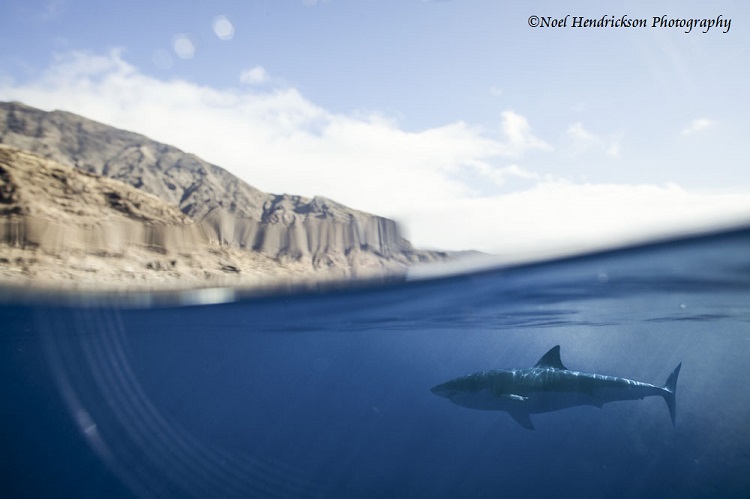 We stayed for three days and we saw some huge female great whites that we have not seen for the entire season so that was excellent. There was a big male sea lion that had a bite on the side of it and it seemed that it was recently done but he was not shy nor what I would call afraid. There were big female sharks just swimming around the cages non-stop and the sea lion was just looking and as the shark would go after him he would just swim after the shark and the shark would spook away.
Well that’s it for the season now we head to San Benitos dive with the sea lions. We had the best encounter with the sea lion pups, we had about 30 plus around us just playing and pulling our hood and gloves. We stayed for one day there and than we head to Cedro’s also where the sea lion pups are really good. Now we are heading to the south making our way to Socorro but we will stop and dive Roca Alejose’s, so far I am excited because I have not been to that dive site. I will keep you all posted.
– DM Juan

We are exceptionally proud to receive a Certificate of Excellence for our work with great white sharks at Guadalupe Island.
...

First mate Tavis and I slipped into the water off Cedros Island to check out hordes of sea lions, Guadalupe fur seals and the elephant seals making such a ruckus on the beach.
After 3 Magical days with the great White sharks it was time to point the boat t...