As we swam into the deep blue surrounding the strange outcrop called La Roca Partida, I was filled with a strange combination of thrill and calm. You know, the calm you feel as the water gently rushes past, and the sound of your breath as the bubbles escape up towards the surface. The faint crackling of reef life faded as we continued our adventure – that’s where the thrill came in. I’ve never gone into the blue before, where your sole orientation is the opaque surface above. I always imagined that my heart would seize with fear, but no, the brilliant blue of the ocean with maybe a distant shifting shape of a fish or some other alien creature peaked my curiosity, and I kicked harder in anticipation of what we might encounter. And then, out of nowhere appears a hammerhead, gorgeous in its predatorial movement, so powerful! It swam towards us, paying no heed, as if we were below its attention. With one swift and solid flick of its grey tail it faded back into the thick blue water.
Soon after we returned to the outcrop that descended roughly 10,000 feet, the final remains of an ancient volcano. Schools of black jacks and countless others fishes filled the water like a soup. Piles of white tips lay in little hollows in the rock, while an occasional lobster wiggled its long antenna cautiously out of its little crack. But the most memorable sight, I must say, is the black manta that came and bid us farewell as we did our safety stop. Gliding through the water, it circled us, wriggling its wings as if saying hello, absolutely mesmerizing! If we waved, it would lift its belly to us ever so slightly, its eye studying us humorously as we reluctantly surfaced.
None of what we saw could have been possible without our wonderful divemaster Luis. Without him showing us the sights or taking us into the blue we would have seen only half of what this amazing place has to offer. I thank everyone here for giving me the best memories and experiences I could have asked for.
– Jane Bellousov,
Seattle WA, US 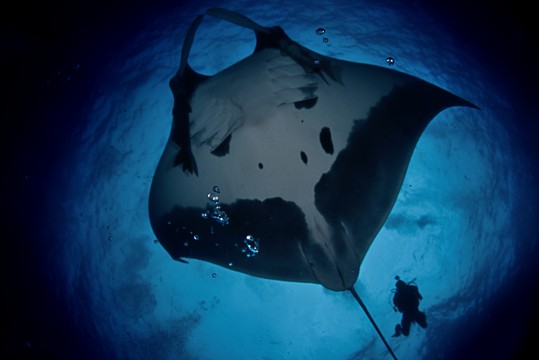 Ending the season in Los Islotes
Well it’s the last trip of the season in my favorite boat, Nautilus Explorer. We’ve been having ... 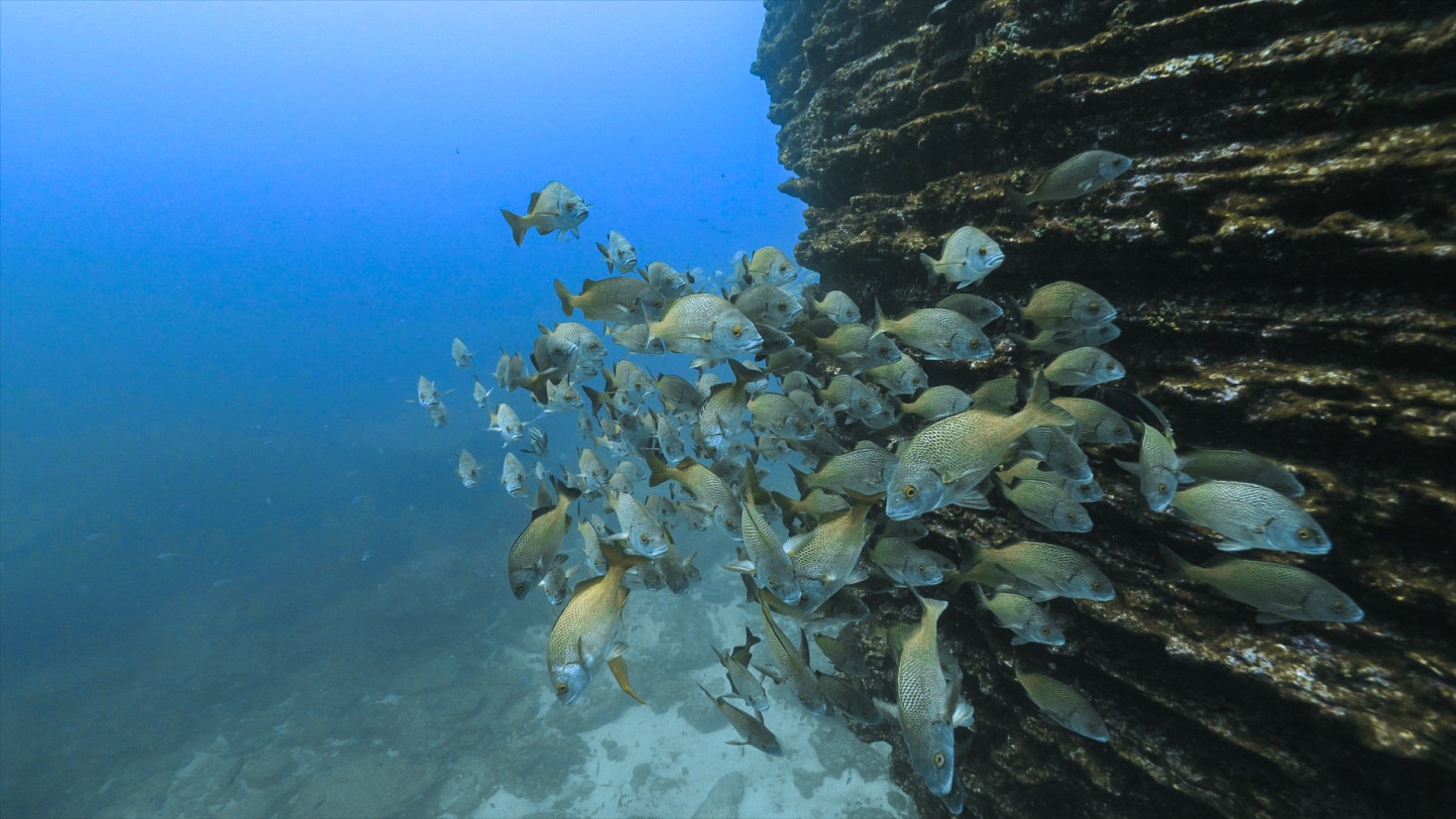