The first installment of this two-part Shark Week series was all about the Great White sharks of Guadalupe and what is known about them so far. In this second part, we address the current conservation status and needs of Great White sharks and we explain why Nautilus Liveaboards are fully committed to deliver an experience that directly supports the protection of this vulnerable species.

The International Union for Conservation of Nature (IUCN) currently lists the Great White shark as ‘Vulnerable’ and the highly migratory characteristic of the species makes their exact population numbers hard to assess. Given the ecological role they play as large apex predators, losing them to extinction would deal another mighty blow to an already fragile ecosystem, with direct and indirect repercussions for many species on Earth – including us humans!

Although several regulations to protect the species have been established across the globe, white sharks continue to be harvested (both intentionally and as bycatch), even within protected regions. Furthermore, White sharks frequently swim across jurisdictional boundaries which complicates effective management and requires inter-governmental collaboration.

With tighter regulations in place such as CITES and CMS, the species is now also victim to poaching and illegal trade. Today, a Great White shark can sell for up to $40,000 on the black market and the jawbone alone might sell for $30,000.

How can we turn this trend around? Being able to demonstrate the economic value of keeping White sharks alive has never been more relevant.

Worth More Alive Than Dead

The rising demand for shark diving has pushed many governments around the world to see the long-term economic benefits of protecting sharks. In the Bahamas for instance, shark tourism has contributed an estimated 800 million USD to its GDP in the last 20 years, and represents the largest source of income for the archipelago. Considering the economic potential of keeping sharks alive, it’s no surprise that the nation banned all forms of shark fishing in 2011 and has since become one of the top shark sanctuaries in the world.

We believe that shark tourism offers great opportunities beyond just revenue. Education and first-hand experience in places like Guadalupe have the power to foster a positive shift in the participants’ understanding, awareness, attitudes and concern for sharks.

It is worth reminding that careful management and sustainable practices are paramount.

Sustainable ecotourism has undisputedly helped shed some light on many secrets about the Great White sharks of Guadalupe. Dr. Austin Gallagher, a marine biologist focused on shark tourism and its impact on conservation, said: “If it was not for the tourism industry in Guadalupe, most Great Whites would be dead. Shark diving is probably the greatest contemporary tool for shark conservation.” Citizen science – in particular shark identification through photo-ID methods – can be used to compare population trends and identify the movement of individuals between aggregation sites without expensive tagging programs.

Did you know that there are believed to be more than 1,000 individual Great Whites visiting Guadalupe? Through daily shark identification workshops with guests and the raising of funds to support scientific analysis, our Nautilus team was able to identify 322 sharks in just one bay they dived in and every year, they continue to count and identify new individuals on every single trip. One of these sharks was Deep Blue, the largest white shark ever recorded in Pacific waters. This individual was first spotted in 2014 on one of Nautilus’ trips.

The sheer abundance of these impressive sharks and the fact that Guadalupe Island seems to be a mating ground for these impressive predators calls for sustained ecotourism and conservation measures. The island, its islets and the marine surroundings were first designated as a protected biosphere reserve by the Mexican government in 2005.

Since, the area is tightly controlled and all boats operating in the reserve must go through strict permitting and environmental impact assessments. In total, only 5 operators are permitted to operate in the Guadalupe biosphere reserve, all required to adhere to a strict code of conduct which manages all dealings with sharks, the ins and outs of cage diving and how to attract sharks. Furthermore, partial proceeds from every Great White trip with Nautilus go towards supporting shark scientists, research and conservation efforts, and the continuing efforts to identify and learn more about Great Whites in the area.

Why We Dive With a Cage

The secret to safe and sustainable Great White Shark diving is simple: numerous large and comfortable cages will be put in the water and divers can go in them as many times as they want (virtually unlimited diving in the surface cages and at least three dives a day for certified divers in the submersible cages).

You might have seen certain people dive with Great Whites without a cage on social media. But did you know that that’s actually illegal in many parts of the world? Park regulations in Guadalupe require you to stay within the cages at all times, including keeping your arms, hands and cameras inside.
The aim of all ecotourism measures around Guadalupe is to spread awareness, foster conservation measures through sustainable tourism that doesn’t disturb the local shark population.

How Does Nautilus Attract Sharks

With tight park rules in place, the tour operators are only allowed to attract the sharks in a certain way – with a biodegradable, organic throw line that is equipped with one 5-10lb piece of tuna at its end. The operators toss the tuna in the water from their custom wrangling platforms to attract sharks. When a shark comes in, the tuna will be pulled out of its way so that the animals are not fed. Wrangling platforms are extremely important as they provide the horizontal distance and clearance required to prevent the tuna from being too close to the cages. When the tuna is too close to a cage, there is a risk that the shark will hit the cage and injure itself.

Nautilus Liveaboards use this practice to attract sharks because it allows the public and scientific community to witness shark behaviour in their natural habitat with minimal impact.
As a very misunderstood, complex species, the opportunity to gain more knowledge and data about Great White sharks is fantastic.

Nautilus Liveaboards are proud to have raised almost $200,000 worth of donations so far through our trips to help support the Guadalupe Conservation Fund. We support ongoing Great White Shark research and conversation as continuous research is needed to ensure the species continues to thrive. It is our hope that through a trip with Nautilus, participants will gain a great fascination and appreciation for these magnificent animals!

Ecotourism is one of the most viable and important avenues to take if you want to protect sharks. To join Nautilus Liveaboards and our shark experts, visit us at guadalupegreatwhitesharks.com.

Greeted by the large resident female tiger shark
Today was our first day of diving here at Revillagigedo and it fe... 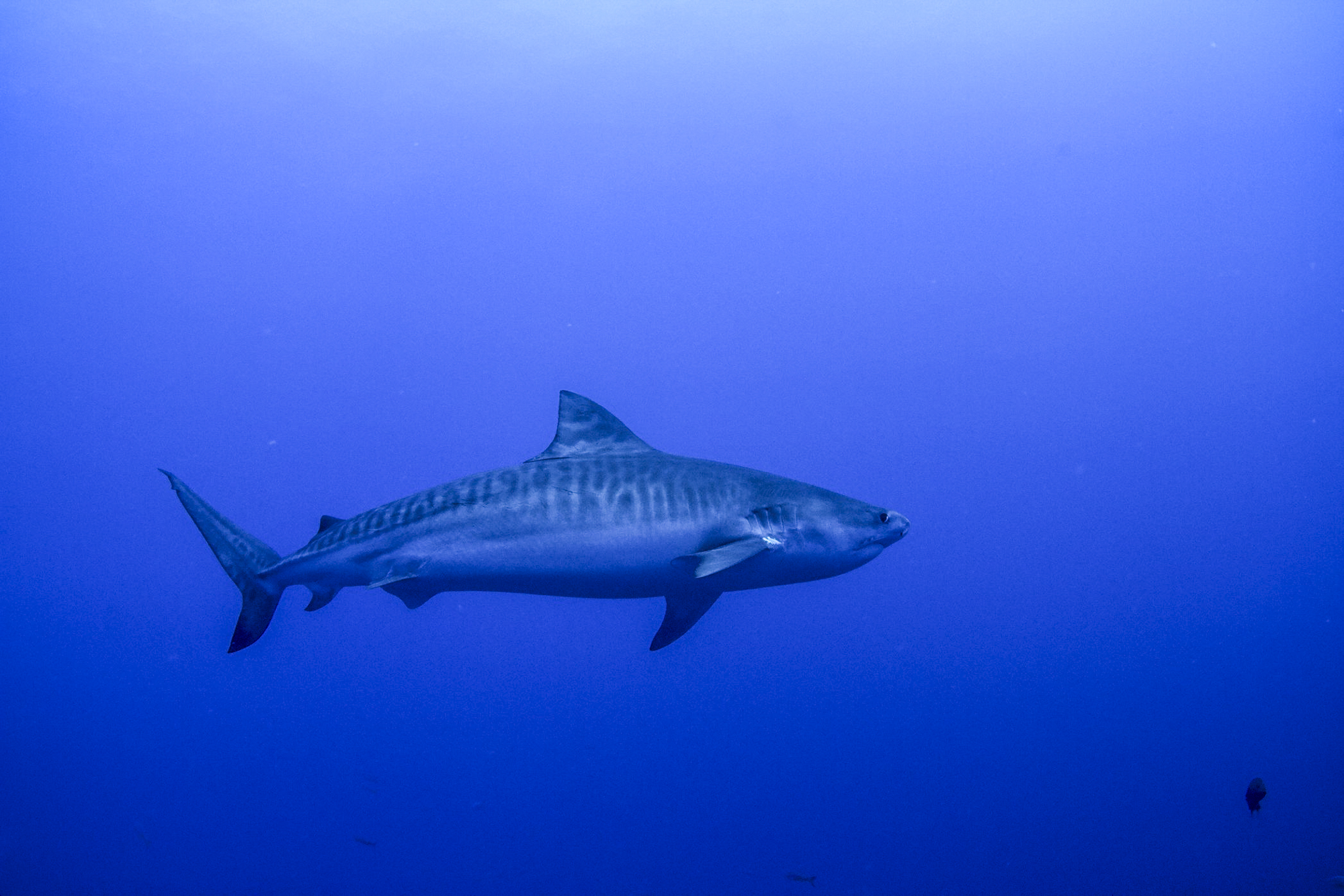 San Pedro Martir – Sea of Cortez is the richest body of water on our entire planet
San Pedro Mártir harbors a vast diversity of living organisms both on land and...