What a day at Roca Partida. Half way through the first dive, a baby whale shark decided to show up making circles around the rock like it was a formula one race. Schools of jacks, cottonmouth jacks, silvertip sharks, Galapagos sharks and a curious hammerhead shark all showed up.

On the second dive, there were two whale sharks around the rock. It was amazing! Schools of big tuna and hammerhead sharks in the distance too. I can’t wait for tomorrow’s dive. Whilst writing this, a humpback whale breached above the water’s surface. Can you believe that? It’s late in the season but you should always expect the unexpected at Roca Partida.

Manta Land
We hit the water for the first dive and straight away we were surrounded by playful dolphins. My gro... 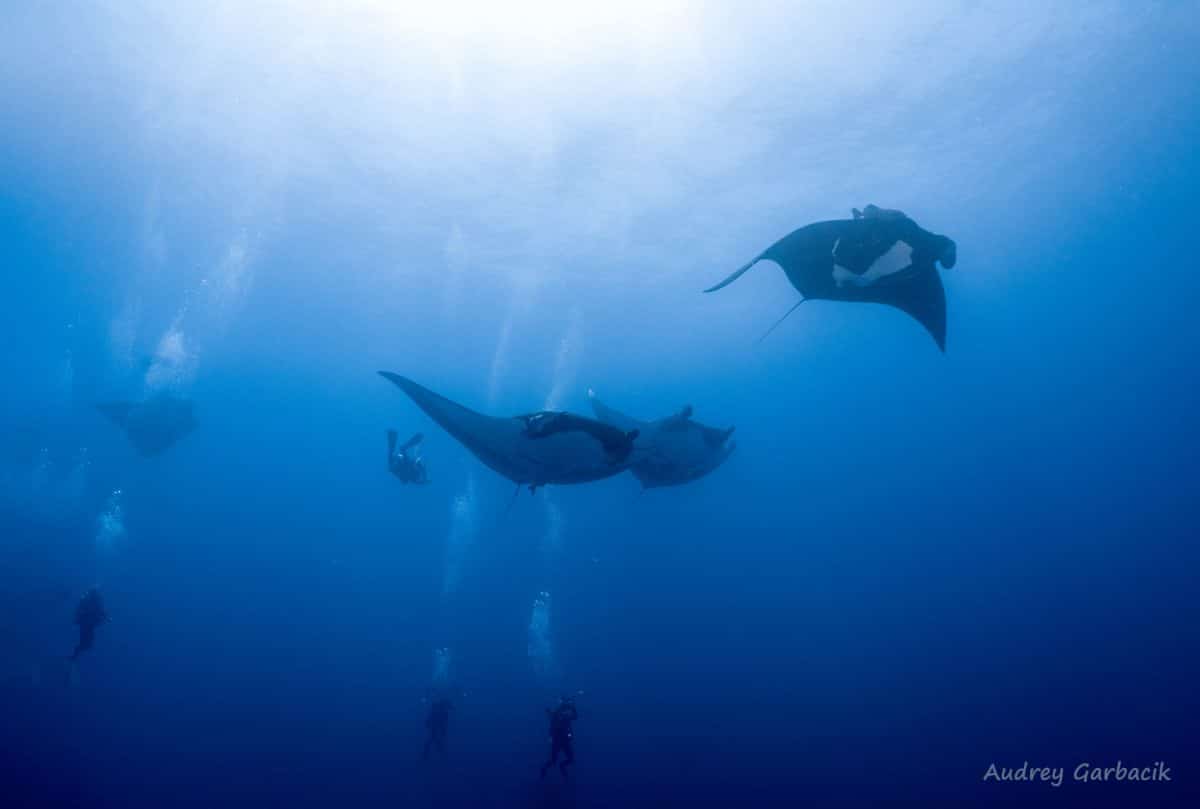 Simply in Paradise
As our dive was coming to an end, the dolphins stayed with us as we started to ascend. My heart was ...