Why are grey whales dying? Intelligence and resilience have enabled Grey Whales navigate life in the ocean, but their home is changing rapidly… and even these adaptable mammals are struggling to cope.

FROM A CNN News Article

A worldwide team of academics, field biologists, and volunteers has been examining a mystery occurrence known as an Unusual Mortality Event, or UME, that has been annihilating one of the world’s toughest survivors: the northern Pacific Grey Whale. What did they learn?

Grey whales’ coastal migration is responsible for much of what we know about them. You may see them travel for much of the 10,000 miles round trip from Alaska to Baja California, Mexico, as long as you’re patient and the weather is clear.

However, the finish of their journey in Mexico at the San Ignacio Lagoon provides an excellent opportunity to learn more about them. A group of researchers is utilizing drone photos to get up close and evaluate the body weight and health of grey whales in their winter home in Baja California. Individual whales are identified, and the number of times they visit the lagoon and how long they stay is tracked by this program. It also supports other organizations in identifying these whales if they end up dead near the coast.

Is Global Warming impacting on their feeding habits?

While the exact origin is unknown, many academics attribute it to the fast-changing environment in and around the Arctic Ocean, melting ice sheet, rising waters, and an altering ecology. Understanding how the Arctic ecosystem is being affected could indicate a broader ecological impact — and disclose yet another piece of Earth’s biosphere that has been changed by climate change.

By the end of May 2019, the National Oceanic and Atmospheric Administration (NOAA) had identified an unusually high number of grey whales washed up on the eastern Pacific coast of Mexico, the USA, and Canada, either dead or dying. Many of the whales observed during the past seasons were very malnourished, this type of malnutrition is uncommon.

The filter-like baleen in whales’ jaws allows them to catch large amounts of prey. But there is one major snag: these migrating marine mammals eat fatty, lipid-rich tiny crustaceans in the northern waters before completing the uninterrupted journey to La Baja. However, many of them have been leaving their feeding grounds in poor nutritional condition, making it nearly impossible to return after the breeding season.

“A temperature change affects the speed of currents. Slower waters imply more fine silt reaches these sea creatures on the ocean floor. Faster currents carry these small particles farther away from the sea bug’s habitat, similar to how blowing winds carry fall leaves. Sediment accumulates on the amphipod populations without the “wind.” The ability to build content little lives in the mud is harmed by higher levels of fine sediment.”

“My money’s always on grey whales”

Let’s not forget, commercial whaling had nearly wiped off the Pacific greys until the International Whaling Commission prohibited the activity in the United States in 1971 and then internationally in 1986. Whales were no longer endangered in 1994. They’re a resilient species, which contributes to their prosperity. In the 1700s, the Atlantic grey whale was declared extinct. However, in 2021, a lone male grey whale was discovered swimming in the Mediterranean Sea, starving. Surviving as a species for 200,000 years on this planet can have that effect. Grey whales have figured out how to do it.

“My money’s always on grey whales,” said Sue Moore. “As I’ve said — now maybe too many times — they don’t call them robustus for nothing. They are a robust species.”

Whales migrate to the lagoon between January and April. We invite you to join us in this extraordinary part of the world where we are lucky enough to see these gentle giants and their newborn calves.

Contact us for more information or read more about this unique experience here.

Read the original article on CNN 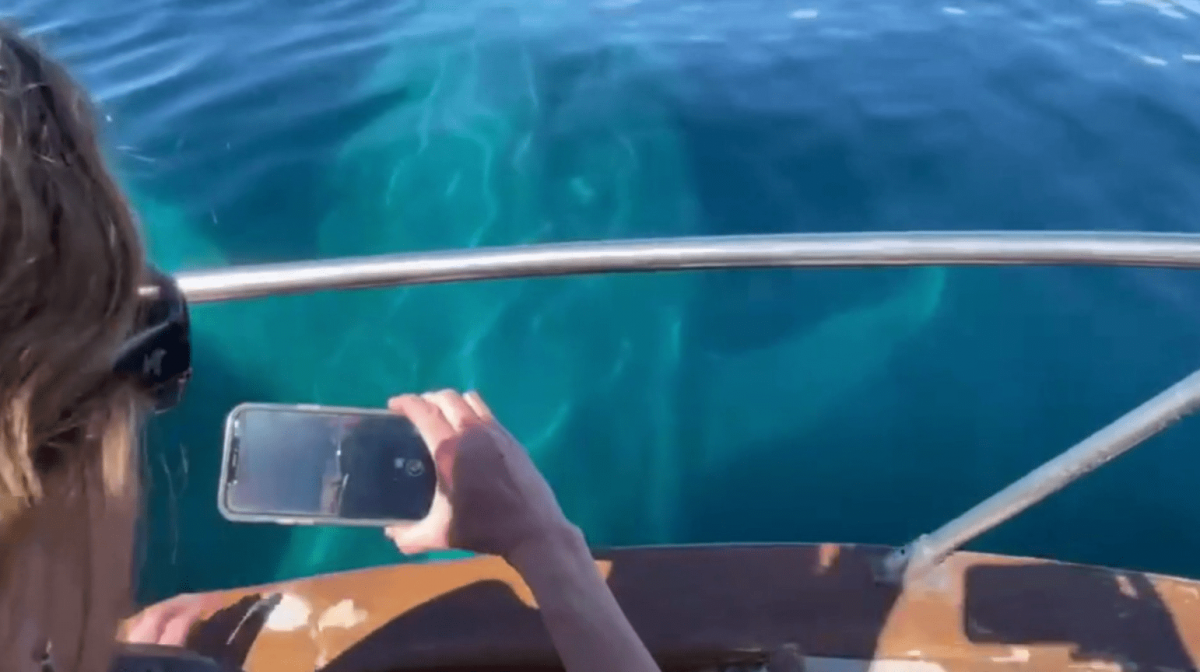