Great white sharks are among the world’s most dangerous predators.  But can sharks be friendly?

New research reveals, that they do have a softer side, as they have been observed making friendships and patrolling in groups near Guadalupe Island. They form “social clubs” where they swim together for hours.

Guadalupe Island is the premier destination to cage dive with great white sharks, it’s a protected biosphere reserve and a bucket list highlight for any ocean enthusiast. From June to January more than 1,000 sharks will be present, but what sets this site apart is the clarity of the seas off the island; while this may make it easier for a white shark to locate prey, it also means that prey can clearly see a predator.

A team of scientists from Florida International University built a “super social tag” tracking device to put on great white sharks to examine how these factors changed the way they hunted.

The device detects whether other sharks are nearby, a shark’s acceleration, depth, and direction. Over the course of four years, the scientists implanted the devices in three male and three female white sharks.

According to the research, Sharks prefer to hunt in groups of the same sex, but their hunting methods were unique. Although one shark only wore the tag for 30 hours, it was able to connect with 12 other sharks during that time. Some of these relationships lasted more than an hour, with pairs patrolling seal populations alternately.

There is no conclusive answer as to why white sharks are social, according to Papastamatiou, but it’s likely because if one shark is successful in catching large prey, another will want to know how to do the same.

“We propose that white sharks associate with other individuals so they can inadvertently share information on the location or remains of large prey. However, there may be a wide range of individual variability in both behavior and sociality,” the study says.

Although the sample size is limited, the findings provide scientists a window into the shark-human relationship, hoping to create better tracking systems that can be used for weeks, if not years, to observe the evolution of shark behavior.

To be in the present of these creatures is truly magical and a bucket list highlight for any ocean enthusiast.

Don’t miss out on this opportunity to visit the finest spot in the world for the premier destination to cage dive with great white sharks, contact us for more information or read more about this unique experience here.

Guadalupe Island, You Are Magical
In the afternoon the great whites began to breach and burst toward the bait. SHAAAAAAARK!!! Time for... 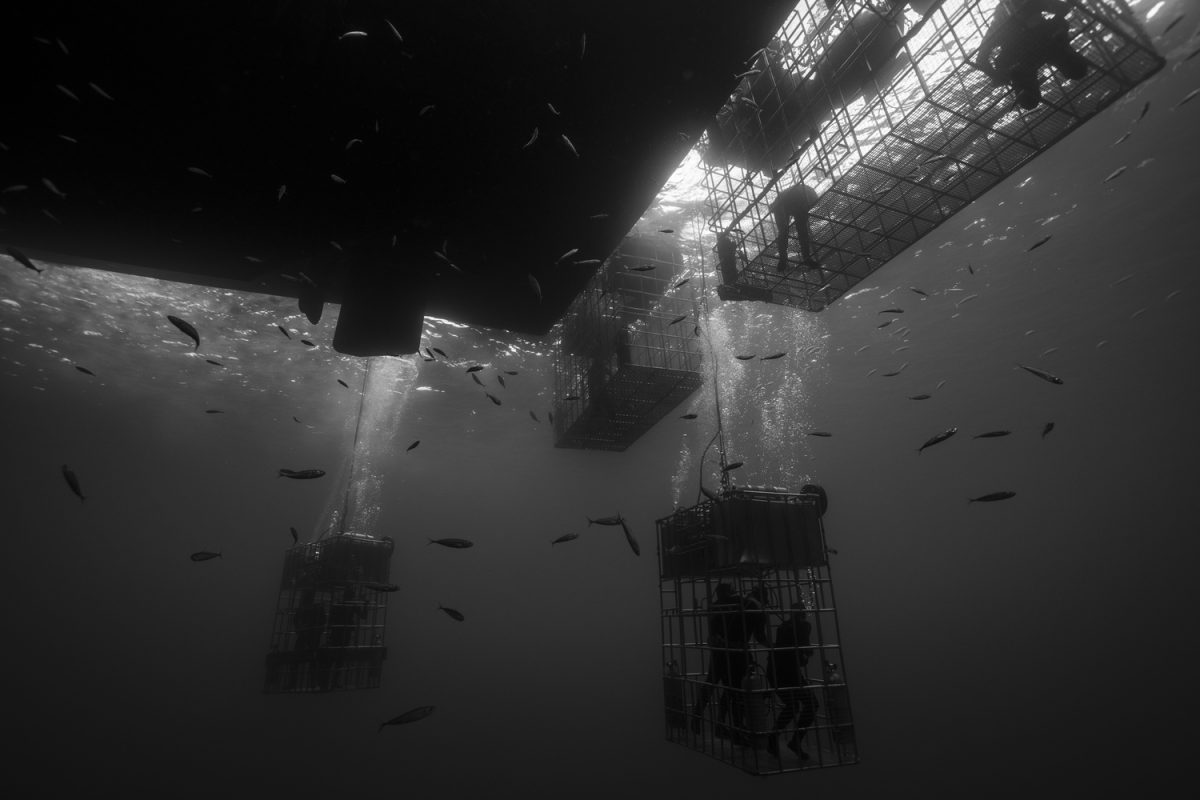