One of my best trips of the season ends. We had so many sharks the first day that we got spoiled for the rest of the trip. I think we had around 10 circling the Belle Amie during the entire day. The sun was burning, the Pacific Ocean was like honey and crystal clear, Guadalupe Island had clouds rolling down the steep coastline. From the stony beaches of Guadalupe Island, you could hear the sea lions and fur seals roaring, wildlife at its best…

We had the complete package!

The great whites were super active and circled the cages and made very close passes, you could have touched them. A lot of eye-to-eye contact, just mind-blowing when you feel the connection for a glimpse of time. Sardines and yellowtail jacks hiding under the boat, yellowtail tunas bursting around and trying to get some baitfish, impressive how fast and agile they are. The ocean like it should look everywhere.

In the afternoon the great whites began to breach and burst toward the bait. SHAAAAAAARK!!! Time for ACTION. We had the whole range of great white behavior and here in Guadalupe Island, you can observe a lot. Not gonna spoil you, come and see for yourself.

At the end of the day, our guest Andy Casagrande talked about his work as a wildlife videographer and showed us some of his shoots, in one word: the blast… To finish this memorable day we went to the top deck and lost ourselves in the fantastic night sky waiting for us, with the milky way and all constellations of the November sky…

Guadalupe Island, you are magical. See you next year! 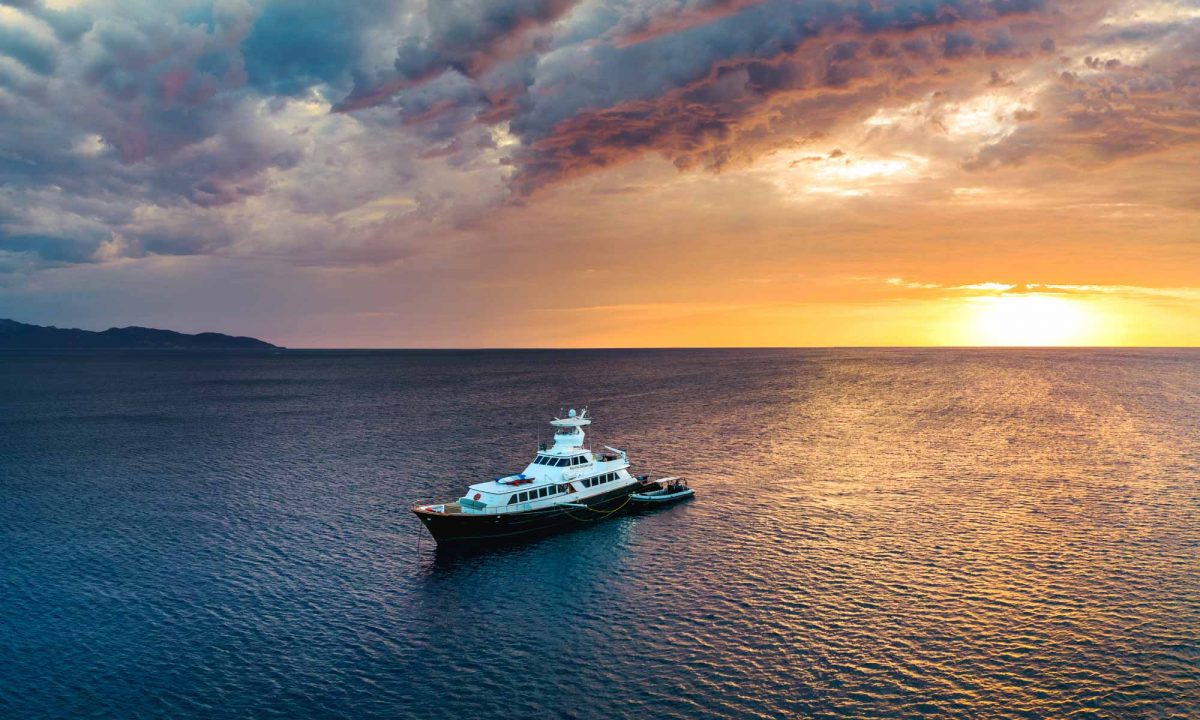 It’s All about Being Here at the Right Time with the Right People!
It is a truly special and one-of-a-kind experience that you can get here. A coup...