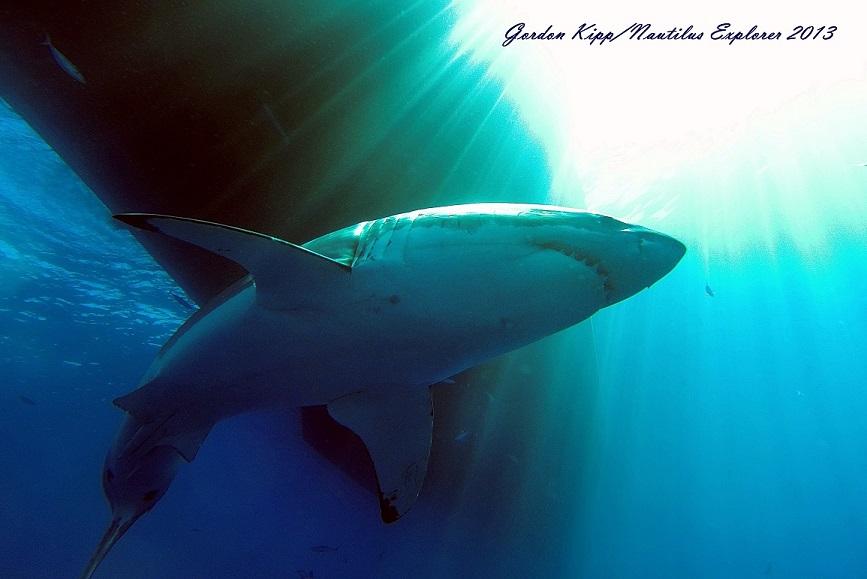 The island was part of the route of the Nao de la China, the Spanish galleon. Galleons were the big wooden cargo ships that made the route from China and the Philippines to the New Spain –as it was called Mexico back then.
As the trip was very long, the Spaniards brought some goats with them and set them free at the island, so when they’ll made a stop there they can have fresh meat. But the problem was that Isla Guadalupe doesn’t have any big predators, the biggest one is the burrowing owl, there were no threats for the goats and they proliferated (multiplied) by thousands.
Other people say that there were not the Spaniards who introduced the goats at Guadalupe, but the seal hunters in the late 18th Century. Along with goats, came the mice and cockroaches, and at the end of 1950s a small group of fishermen came to fish for abalone and lobster, and with them came the cats –manly to hunt the mice, dogs and even donkeys.  Cats are very good predators, very efficient and generalist – that mean that can prey on a lot of different animals on the island, and thus, they are a very big hazard for the island fauna.
Island ecosystems are very resilient –this means that they have a very good capacity of recovering after threats, but Guadalupe reached its limit after fighting plague after plague, and began to fade – as a result, some of the very important species that were endemic disappeared, like the Guadalupe night puffin and the caracara.
Vegetation was very affected too, in the late XIX Century, when the first explorers visited the island they found huge extensions of Monterey pines, as well as a very large oak forest and cypresses. By 1923, a joint expedition with scientist and forest engineers from San Diego and Mexico City found that the pine forest was almost inexistent and the oaks were in the verge of extinction, due to the goats.
At the sea, things weren’t any better, since the early XIX century a company of Russian and Aleutian people were hunting seals all over the California and Baja California coasts.  Soon they found that at Isla Guadalupe there was a very large colony of the very valuable Guadalupe fur seals.  The fur of these seals is very fine and it was very much appreciated by furriers. So they started hunting them and sea lions for the fur and elephant seals for its grease and meat, very soon the populations started to decline.

Isla Guadalupe as a Conservation Area
Isla Guadalupe is full of endemisms, -endemism is a particularity of fauna and flora that inhabit a ...

History of Conservation Efforts at Guadalupe
The Mexican Government made the first efforts to repair the damage and the very first Decree over th...