Very interesting video pasted in below recently made the rounds on the internet.  It  shows a  horizontal vortex capturing a couple of helpless pufferfish supposedly caused by the change in season at Roca Partida from spring to summer.   hmmmmm.     First of all, I feel badly for the pufferfish.   Poor guys.   Second thing is that this is really cool video.    But the third thing is that the Socorro vortex has nothing to do with the change in seasons.  We have observed this vortex many times over the last 11 years of diving Socorro and have never noticed a seasonal component.  Our theory is that on a heavy current day at Roca Partida (which is when it becomes most “sharky” and when the big tuna come in  –  YAAYYHHHH), the streams of current can go up.  Or go down. Or the current streams can go horizontal  ie.  when the current upwells from 11,000 feet and hits the wall at Roca, it has to deflect in some direction which is sometimes horizontal.   When diver bubbles get entwined in the interface between calm water and streaming current, we sometimes see these amazing horizontal vortex.  CAUTION to divers – these vortexes are no joke and it’s best to stay well clear of them.  We have occasionally  had both guests and our top divemasters get entangled in one of these vortexes and it takes a lot more effort to break free than you would imagine.

I have an ironclad rule when I am onboard.  As Captain, I get to tell  the jokes.   I am going to have to have words with hostie/divemaster Liana for the blog she just wrote.  She is much too funny and she is making me look bad..   Good on you Liana!

This has been a great trip for sighting the rare and ferocious Yellowtail. After many successful days of cage diving with these man eating monsters, I think it’s safe to say that everyone is very pleased with their memories and photos of this magnificent creature. Some guests complained about the over population of Great White sharks at Guadalupe Island, which can be very pesky down there, swimming to and fro, biting the cage, gliding by, really a photographer’s nightmare. There were 5 or 6 of them down there all every day being a right pain in the butt. But being the good and knowledgable hostess that I am, I explain that it’s just nature. Great White Sharks naturally thrive in Guadalupe, and are also attracted to the chum we lay out for the Jacks.

Due to our third dive master accidentally putting out his back by carrying two glasses to the galley to be washed, I had the opportunity to run a cage for a couple of hours (* note from Captain Mike :  Liana is being very modest.  She has logged 1500 dives in the last 3 years and is an experienced dive instructor). I love learning new skills in the dive industry, and it was finally my chance to get rid of the guest who always asks for a beer as soon as I sit down to eat. I don’t want to embarass him, só I’ll just call him T. Weissenburg. No wait, that’s too obvious. Let’s call him Timo W.

In any case I was unsuccessful, and the whole thing went perfectly. I totally meant to bring the cage back to the surface once we were at 2 metres during the second dive. I was just, um, checking the hydraulics.

Today we arrived in San Benito for the scuba portion of the trip, my first time kelp diving but I forgot how much I enjoy diving in 21 degree water. That relaxing sensation of your entire body going into shock when you hit the water, followed by a soothing ice-cream headache upon descent. Dive master Leanne offered me her gloves, which I snatched up with zero regard for her comfort or well-being. From there a very pretty dive, watching all the kelp swaying in the surge, getting inside the bigger ones and pretending I’m a mermaid I mean observing their growth patterns and noting their ecological importance.

All in all a great trip só far, with awesome, easy going guests, and as always really looking forward to seeing what tomorrow brings!

Great White Sharks Each and Every Dive
Unreal!! For our first day here at Guadalupe, I think its safe to say that we saw seven different G... 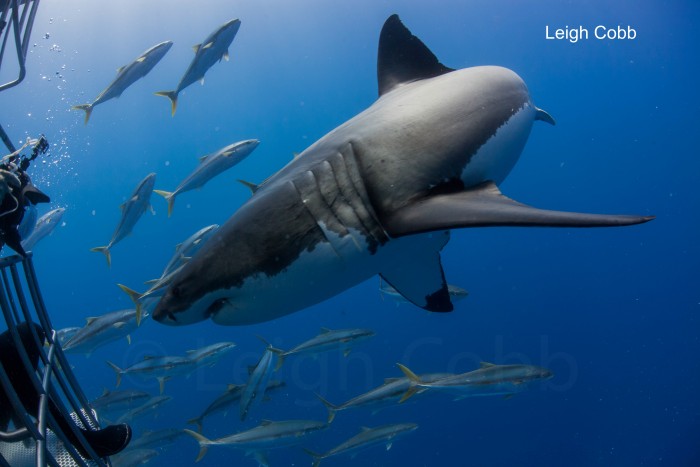 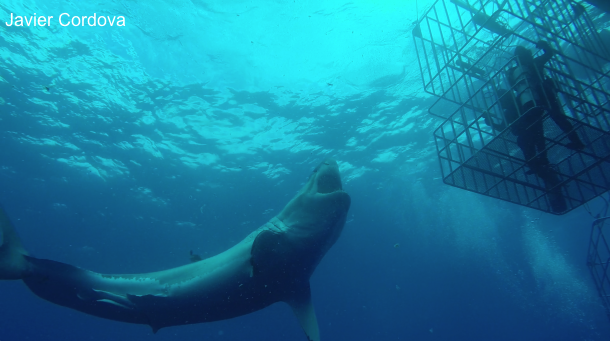