With all the fever and hysteria around shark week, its easy to forget that it is a TV program, designed to entertain and thrill the masses. Often things are exaggerated, misinterpreted or completely made up on shark week programs. We found this great article where a shark expert, Marie Levine, who is the founder and executive director of the Shark Research Institute, debunks common shark misconceptions. We are proud to be recognized by the Shark Research Institute with an SRI Certificate of Excellence for our safety record and shark conservation work.

Here is a condensed version of the article, but be sure to check out the original article for more information.

1. Sharks don’t have to keep moving forward to live

2. Sharks are not always hungry

Most sharks don’t actually eat that often, and in fact, when a shark has just given birth it will often avoid eating at all in case it accidentally takes a bite out of its newborn pup!

3. Great white sharks are not the most dangerous sharks

Even though great whites have the most fearsome reputation, when it comes to shark bites, they’re actually not the worst shark to get bitten by as they bite cleanly and then let go. Bull sharks and Tiger sharks, on the other hand, tend to shake their heads around once they’ve bitten into something, which can leave severe tissue damage.

4. Sharks are not mindless killers

Despite Hollywood’s depiction of sharks as vicious killers just waiting for someone to enter the water, sharks are actually rather shy of humans. As anyone who had ever dove with sharks, either on one of our Socorro trips or with the great whites in Guadalupe (or elsewhere in the world), can tell you, humans in wetsuits do not make a great snack. Sharks are very intelligent animals and generally avoid humans as much as possible. For example, when you hear of stories where a surfer gets attacked by a shark, generally what has happened is that the surfer has entered the water directly in front of a shark, and because they can’t back up, they lash out.

5. Eating shark meat is actually very unhealthy (and it does not have medicinal properties)

Even though sharks all over the world are threatened by shark finning, where the fin of a shark is removed for its supposed medicinal properties, eating sharks is not beneficial to your health. In fact, the opposite is true as sharks, being apex predators, contain a very high level of mercury in their meat, which is very dangerous to humans.

Now that you’ve been warned about some common shark misconceptions, enjoy the rest of shark week! If you want to live shark week instead of watching it, check out our Guadalupe Great White Shark Adventures and learn more.

📷 By Craig Dietrich of dietrichunderwater.com

Ryan’s Sharky Morning Cage Diving
The grey shape of a Great White, a male about 12’ in length, em... 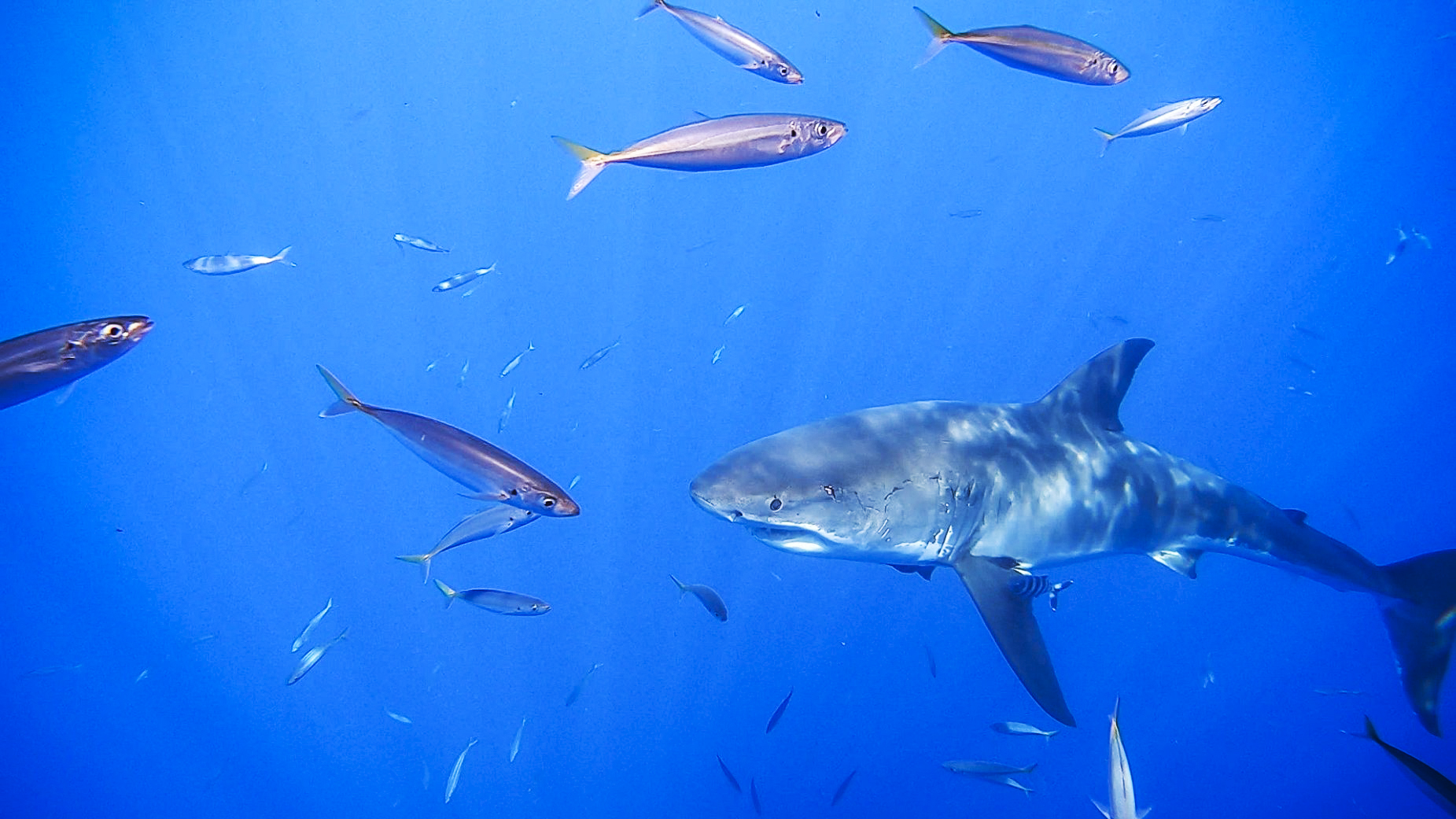 UnderSea Guests Have an Amazing Trip
What an amazing experience! Ever since I was a child I dreamed of diving with great white sharks and...

1 reply on “What are some great white shark misconceptions?”

thank you for all the good info.