Dive day one started with a gorgeous sunrise in a cloudless sky. The sun poured through the porthole signalling that it was time to get into the cages. As I walked through the guest cabins and towards the common area I could hear the bustle of the crew on the fantail preparing bait and cage diving. The smell of breakfast wafting from the galley was a fantastic foreshadowing of the feat to come. But not yet, as Laura, Kristin, and I were scheduled to be in the first round of submersible cage diving for the day. 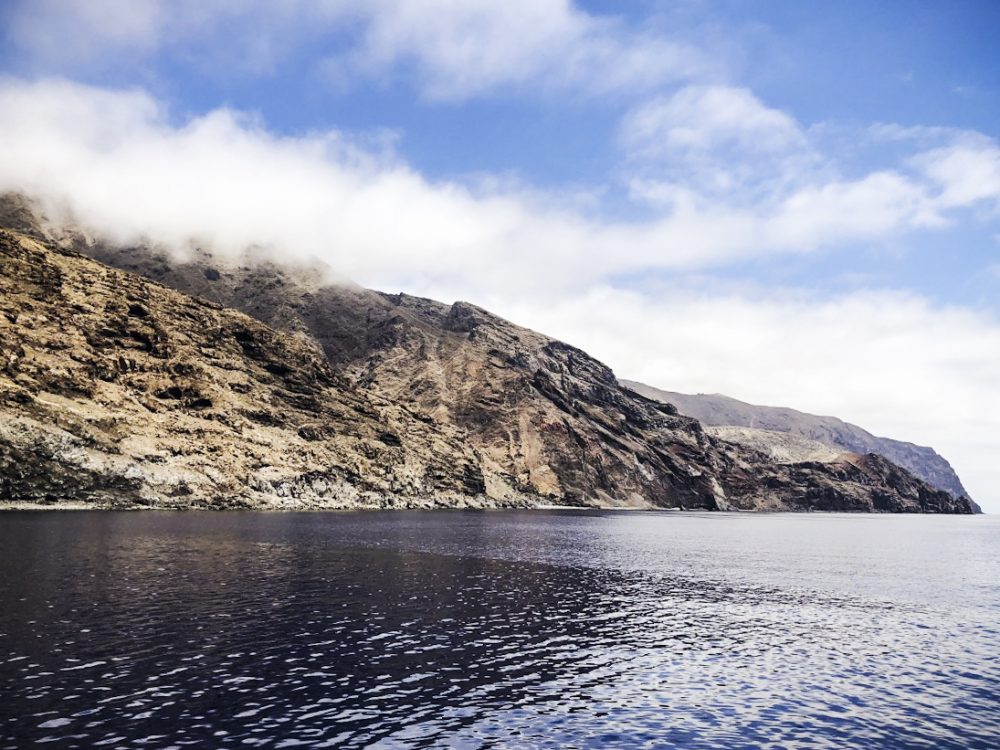 The Bait is in the Water!

On the dive deck, a handful of guests were preparing their cameras and other gear. Crew members were assisting a few divers with their wetsuits and going over the last-minute safety reminders for cage diving. The shark wranglers stood at their stations with tuna chunks tied off onto long yellow nylon ropes. With a whoosh, the bait was momentarily airborne before it splashed down about 20’ off the stern. We all watched in anticipation from the dive deck and the higher party deck, straining for our first glimpse of the apex predators we’d travelled so far to see.

At first, the tuna chunks were mobbed by smaller fish. We’d later learn that these fish were sardines and mackerel. They nibbled at the bait incessantly. Then suddenly they flew away in all directions like a confetti cannon of fish. That’s when a large yellow-tailed jack attacked the bait. This cycle of the mob then yellow-fin repeated for several minutes as the electrical and chemical signals of the feeding rang out through the water ringing the dinner bell for our true objective fish.

About 15 minutes from the time the first bait entered the water we heard a call of “Shark!” as a wrangler pulled on his bait line with practiced precision. The grey shape of a Great White, a male about 12’ in length, emerged under the bait line. It grew deceptively quickly in size and definition until the length of the shark breached the surface, jaws convulsing after the elusive bait, and then with a splash was gone again to the water. We all frantically scrambled to finish donning our gear and get into the cages for a front row seat to this spectacular event.

Suits, check; weights, check; masks, check; cameras, check; regulators, check! Into the water we dropped, one by one, filling the cages with divers and anticipation. Immediately we were rewarded with intense action from 5 different sharks. For about the next hour of they circled below, brushed the cages, and hunted the bait in spectacular fashion.

Hungry and Ready for the Tub

The two hours I spent cage diving went by in a flash (and a few GoPro batteries). Spent and hungry, I climbed out into the receptive arms of our competent dive masters. After dropping my gear and securing the cameras it was time for coffee and a dip in the hot tub to warm back up from the 68˚F water of Guadalupe Island. Breakfast, prepared perfectly by Felipe, was served on the upper deck with care by Osayuki so we could watch the wranglers work while we dined. With a warm body and a full belly, I took a nap in the sun while I waited for my next cage time and more adventures to come.

Introducing Shredder: Our Luxury Shark Express
We are excited to announce the launch of our new luxury coach, Sh... 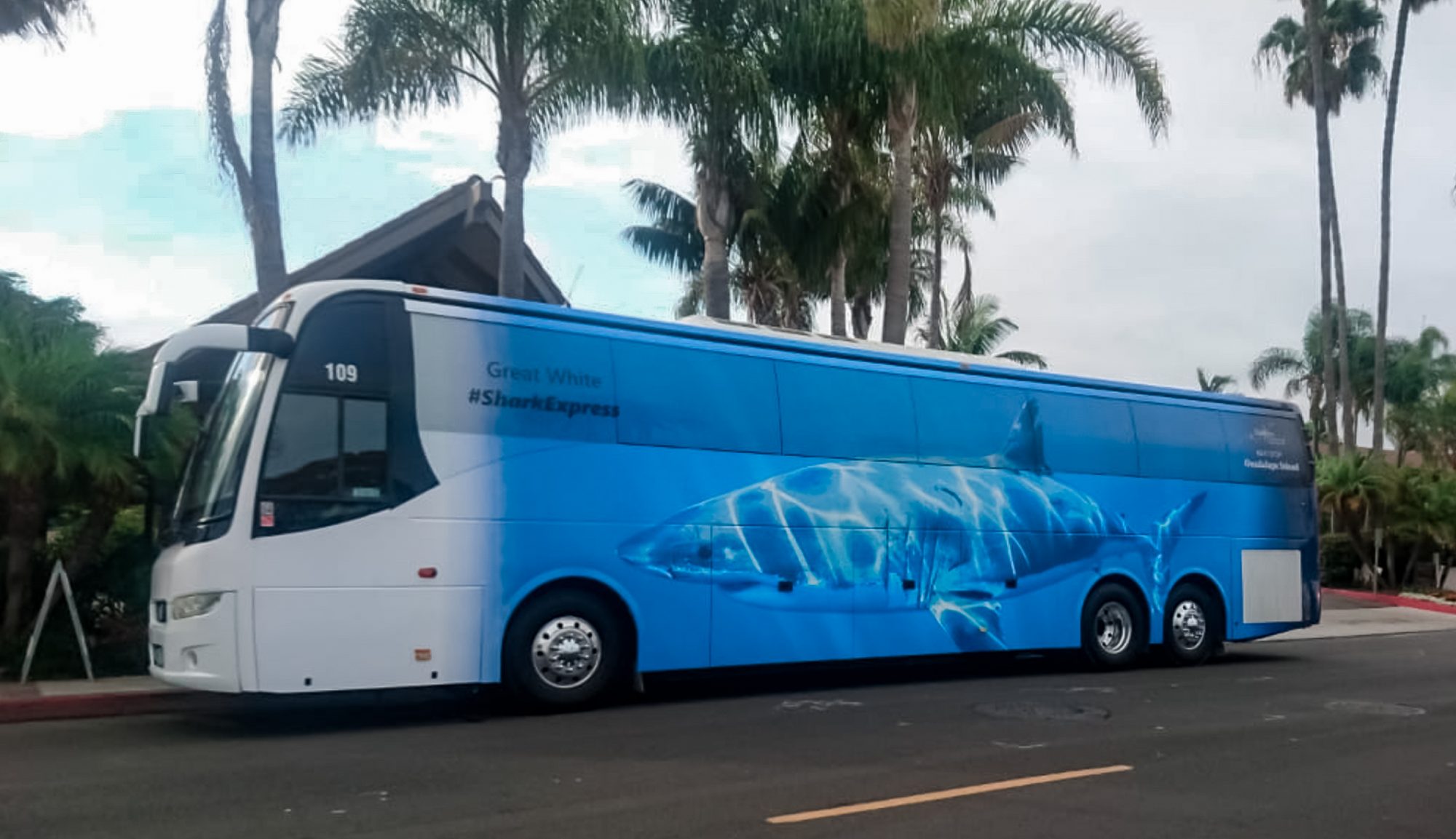 What are some great white shark misconceptions?
With all the fever and hysteria around shark week, its easy to forget that it is a TV program, desig...