We are so excited to be welcoming Martin Graf and his guests from Shark Diver onboard for eight trips this season. Martin lives and breathes sharks and has overseen Guadalupe Island great white shark adventures for nearly 20 years, although this is his first season visiting Guadalupe onboard the Nautilus vessels. Shark Diver previously ran their trips with Horizon Charters, and we are pleased to welcome them onboard Nautilus Liveaboards. When not running shark operations, he also works with Princess Cruises as an onboard presenter of everything sharky.

Martin Graf is a seasoned dive instructor with over 8000 dives to his credit and has logged over 40,000 nautical miles to Guadalupe and back!! He has also been on the front lines for shark conservation, working with the Guadalupe Photo ID Project (Marine CSI), which is now over two decades old. Martin has collaborated with the main shark research team at the island and has appeared in numerous shark conservation film and television productions over the years. Martin is also a talented underwater photographer, so be sure to keep your eyes peeled for some of his stunning images which we are excited to be sharing with you this season.

Onboard the Nautilus UnderSea, in Martin’s words, they “started diving bright and early at 6 am today. Our guests were super excited to meet our great white sharks and as soon as they entered the cages, long before any of the other vessels even put their cages into the water, we had “Luca Arnone” and “Paul Walker” come all the way to the surface. They tried to steal the hang baits from our wranglers, but they mostly came up empty-handed. Of course, no self-respecting great white shark likes to be denied a little tuna snack, so the action continued nonstop. Both “Luca” and “Paul Walker” got their victories over the wranglers and made off with a couple of tuna heads.” Sounds like a great start to the day!

Martin also got a special gift from his toothy friends in Guadalupe: “When I first entered the water, “Maze” decided to “crop dust” all of us in the cages. He came up 3 times and proceeded to turn our visibility a bit “crappy.” You truly haven’t lived until a great white shark pooped on you 😉.” Hahaha, they must have recognized you Martin!

Be sure to be on the lookout for more great blogs from Martin Graf on Shark Diver’s Facebook page, as well as on our own. Welcome aboard Nautilus to Martin, his guests and the whole team from Shark Diver!

📷 By Martin Graf of Shark Diver

Keith and Deb’s Sharky Trip on the UnderSea
To say that the dives were amazing is a complete understatement! ... 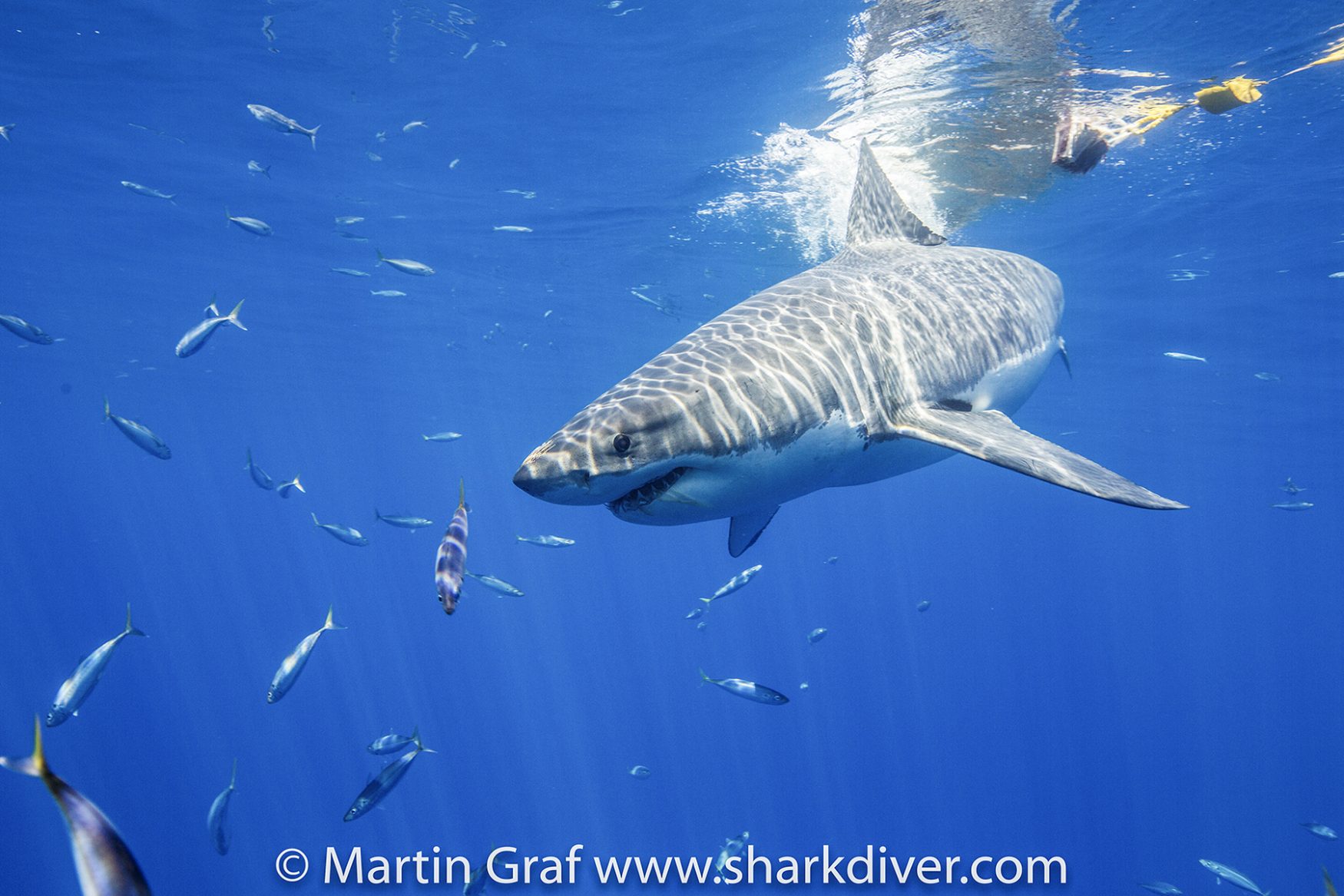 Charlie’s Shark Wrangling and More at Guadalupe
In the first ten minutes of wrangling on the last day, a juvenile shark came out of nowhere and did ... 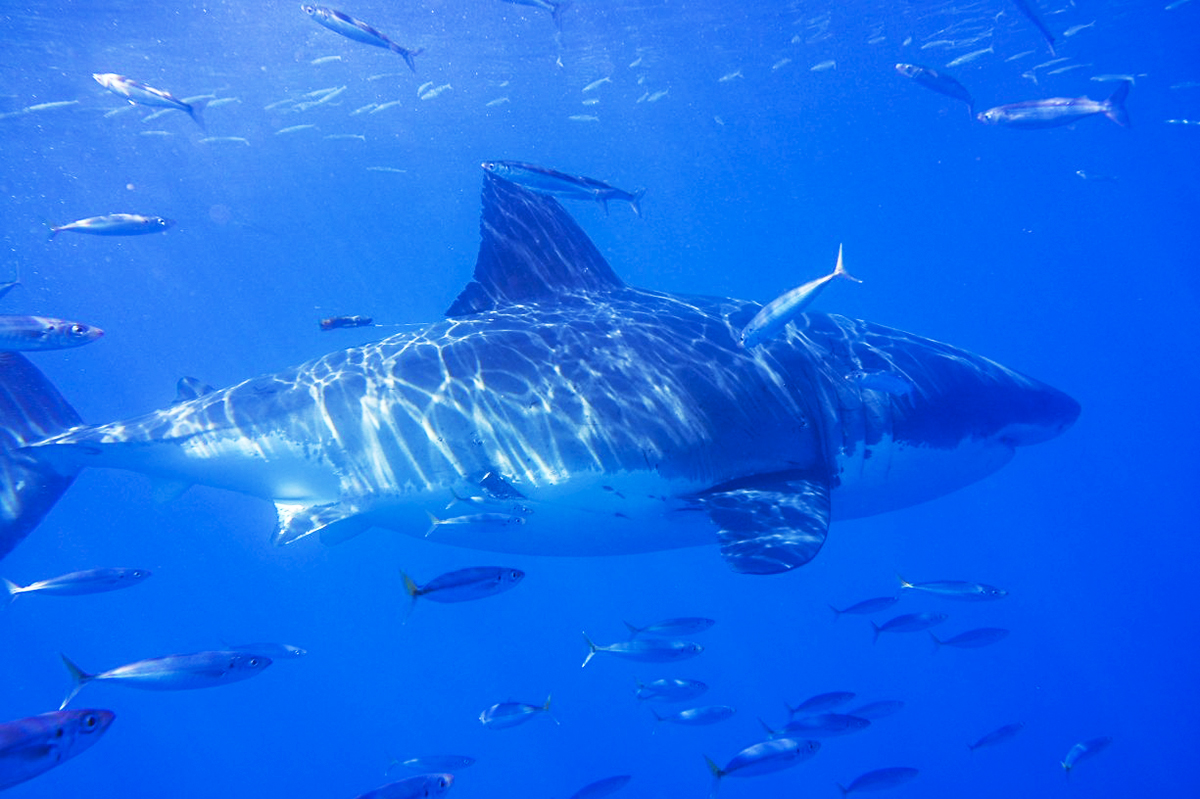