I think we may also have broken a record for amount of lost bait at the start because the sharks were so fast! We had to wake up quickly to prepare ourselves to move it away from them faster! I almost think the sharks know how to read the wranglers thoughts, because it almost always happens that they take the bait from you when you get distracted for a microsecond by something or someone.

The sharks are mixed males and females, with more females having arrived now that it is later in the season. With this many sharks and the clear visibility, it is a great opportunity to study their behaviour, how they react to each other, how they use their fins and body in turning, ascending, and descending. That is why shark specialist Dr. Erich Ritter comes onboard with us each year around this time, and brings his knowledge with him! It is a special treat to have his “Shark School” lectures on shark behaviour.

The first day was really intense from morning to evening non-stop. One of our guests told me that this is the most spectacular thing he has seen in his 35 years of diving and he has dived a lot.

The second day was also very intense to but we were a little spoiled by the first day. In my opinion, having started diving at Guadalupe in 2007 when we built our first submersible cage, I think we are seeing more sharks now than before.

Over the years we have improved a lot, from wrangling to the building of the cages. Being able to wrangle at the surface in a safe manner for the sharks on the wrangling platforms has improved our sightings significantly.

We have two more days left. The ocean has been like a mirror, and it very comfortable in the cages. The visibility is clear for about a 35 metres, and can be even better at times. The temperature is a refreshing 20 – 21˚C.

An Unlucky Turtle at Guadalupe and More!
We had about 7 or 8 different sharks with us all day and the gues... 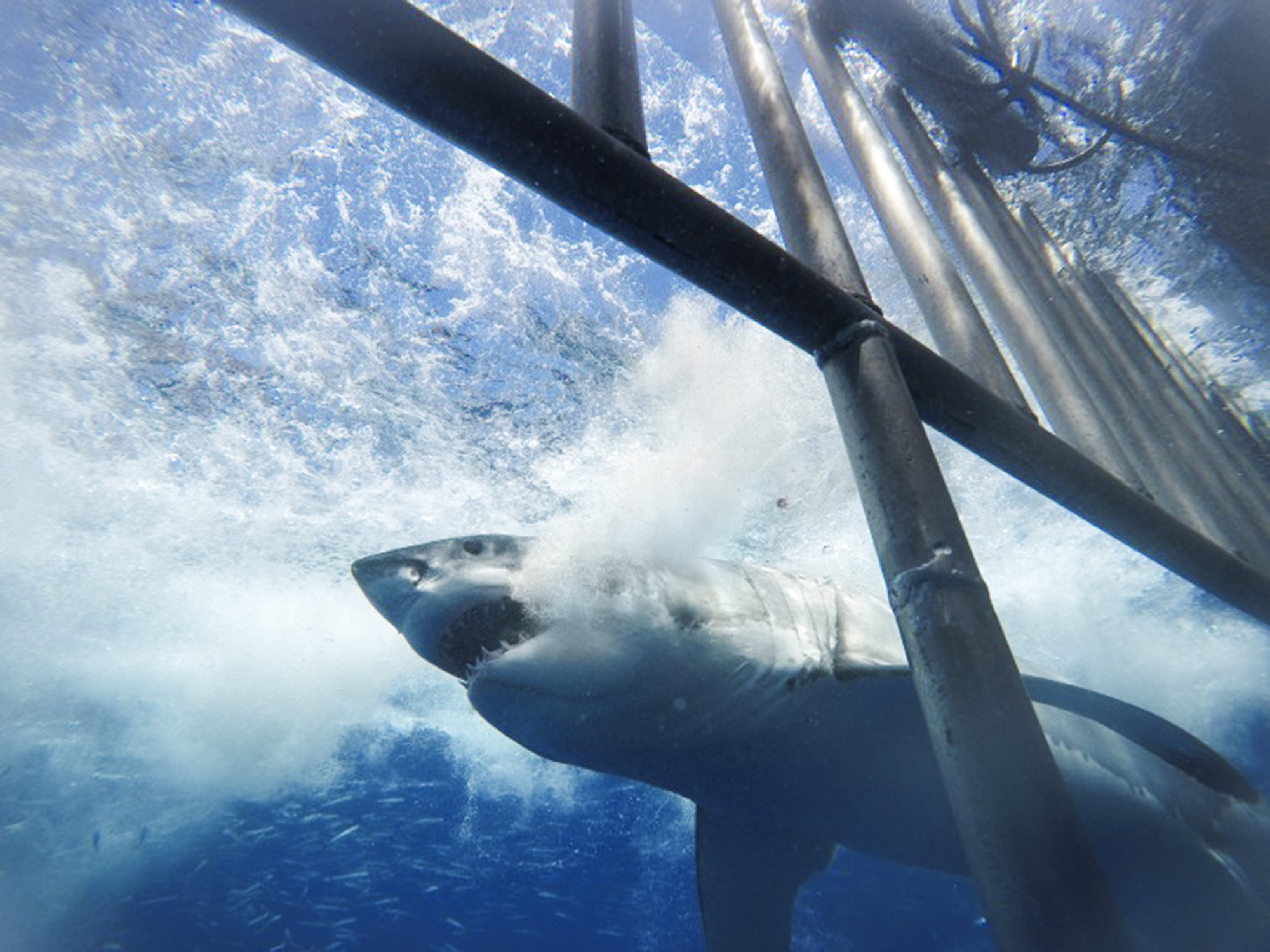 Juvenile Females Test Our Wrangling Skills
Time after time, they didn't seem to care how much energy they were wasting, they chased the bait ti...