I came on this trip after deciding I needed more exciting dives. So, here I am on a boat next to the sunny Guadalupe Island in the Pacific Ocean to dive with great whites. It doesn’t get much more exciting than this.

As for the sharks, I had an expectation of how they would behave. I have seen Shark Week and the filmed aggression and attacks on the cages. I’ve watched the glorified Hollywood movies, where sharks attack at the slightest ripple in the water. I had an expectation and I am happy to say, it was completely wrong.

The first day in the cages, I rose early. I mean – really early! The crew wasn’t even up. I was ready to face the apex predator swimming beneath us. But first, coffee. I donned my wetsuit and after a hearty breakfast and a delicious cup of coffee, I was ready. I retrieved my boots and weights, defogged my goggles. I stepped into the cage, grabbed the lower bar for stability, was handed my regulator, and submerged.

I turned around just as a great white swam past my cage. Holy moly! This is it, this is what I have been looking for in a dive. The thrill, the excitement, the pump of adrenaline. I was just a couple of feet away from a great white!! I could have easily reached out and touched it but that is illegal, and I would never risk it. I readied my camera and began filming, taking my place in the cage. There were two, maybe three sharks in the water with me and they kept coming in close.

It was a great first experience and, later, a great second one too. All the dives were spectacular. The shark wranglers did a fantastic keeping the sharks, and a few yellowtail jacks, interested. Sten, Aldo, and Will did a remarkable job keeping us entertained, answering all our questions, and being at the ready to offer any help.

The sharks were mostly male the first day and they were feisty. We lost a lot of bait that day. We also received quite a show and excellent footage. By the time the second dive day arrived, a sort of routine was beginning to form. Rise early, pull on the wetsuit, breakfast and coffee, and prepare for the first dive. There were more females on the second day and they weren’t as charismatic as their male counterparts from day one. In fact, at one point they seemed content with just a buoy instead of actual bait!

The third and last day is here. I’m enjoying my cup of coffee and reflecting on the trip. It has been a wonderful experience and I am already looking forward to returning another year. Something I find curious though is that it hasn’t been like Shark Week and it hasn’t been like the Hollywood depictions. There hasn’t been the aggression or the attacks on cages. I kept half-expecting a shark to appear out of nowhere and attempt to release me from the cage like a can-opener to a tin of tuna. No such luck but I can honestly say that I am happy this isn’t the case.

This trip isn’t for show, it isn’t for millions of viewers sitting at home. It’s for those who respect and appreciate these powerful creatures. They aren’t mindless killing machines, but they aren’t dogs to pet either. Those of us in the cage and with Shark Diver have admiration for the apex predator. There is joy in documenting, naming the sharks, and witnessing their unique personalities.

The sharks at Guadalupe Island are something to behold and appreciate. They move majestically and gracefully in the water. This has been an unbelievable experience. My coffee is nearly finished though, so it’s time for me to return once more to the cages and witness the great whites of Guadalupe Island.

A Phenomenal Days at Guadalupe
Literally not even a minute went by from cage open to cage close without sharks and we had up to 7 s... 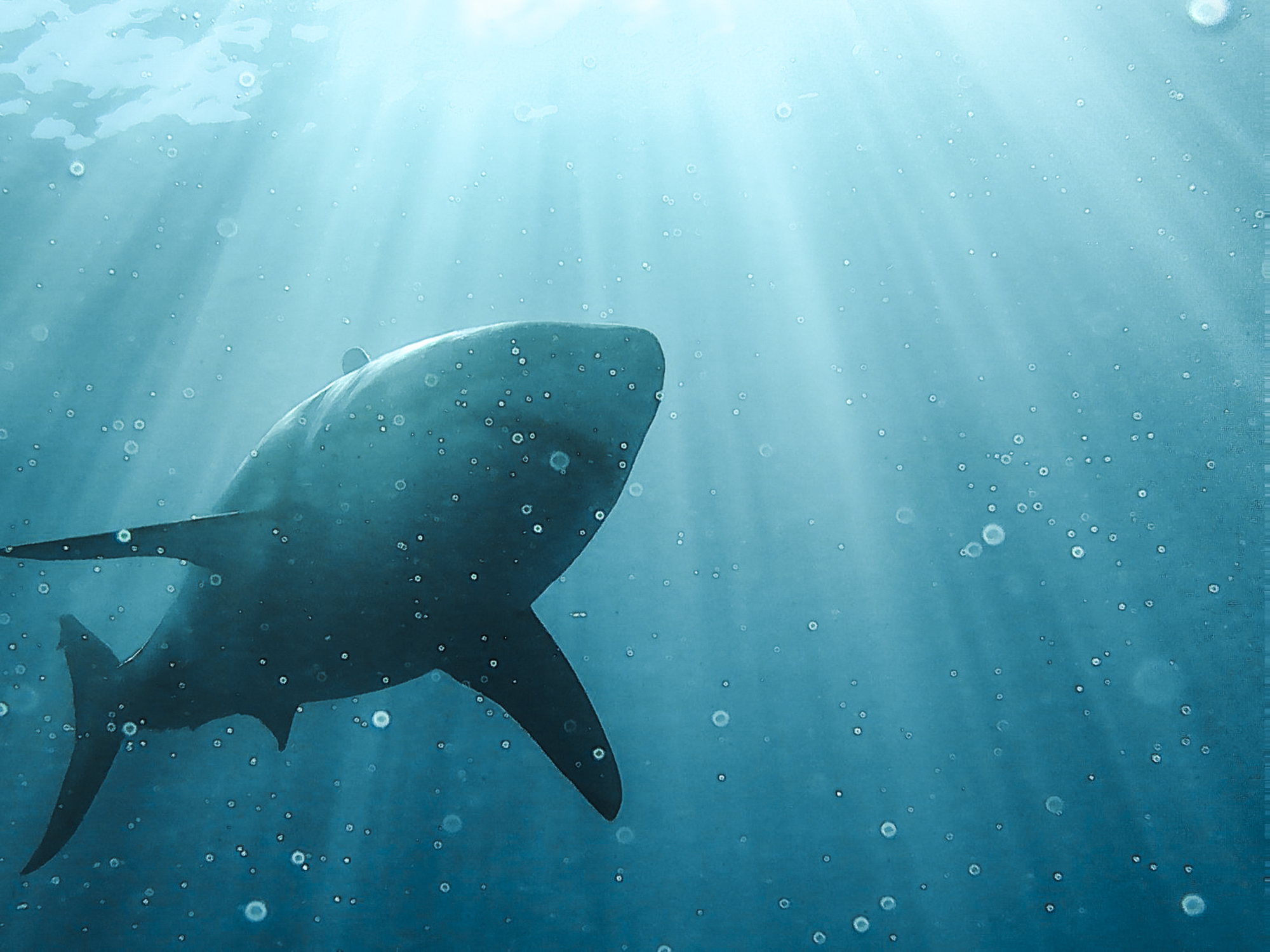 Turtles, Sea Lions and, of Course, Sharks at Guadalupe
Once again we had action non-stop all day long. At one point you could see 6 sharks in the same fram... 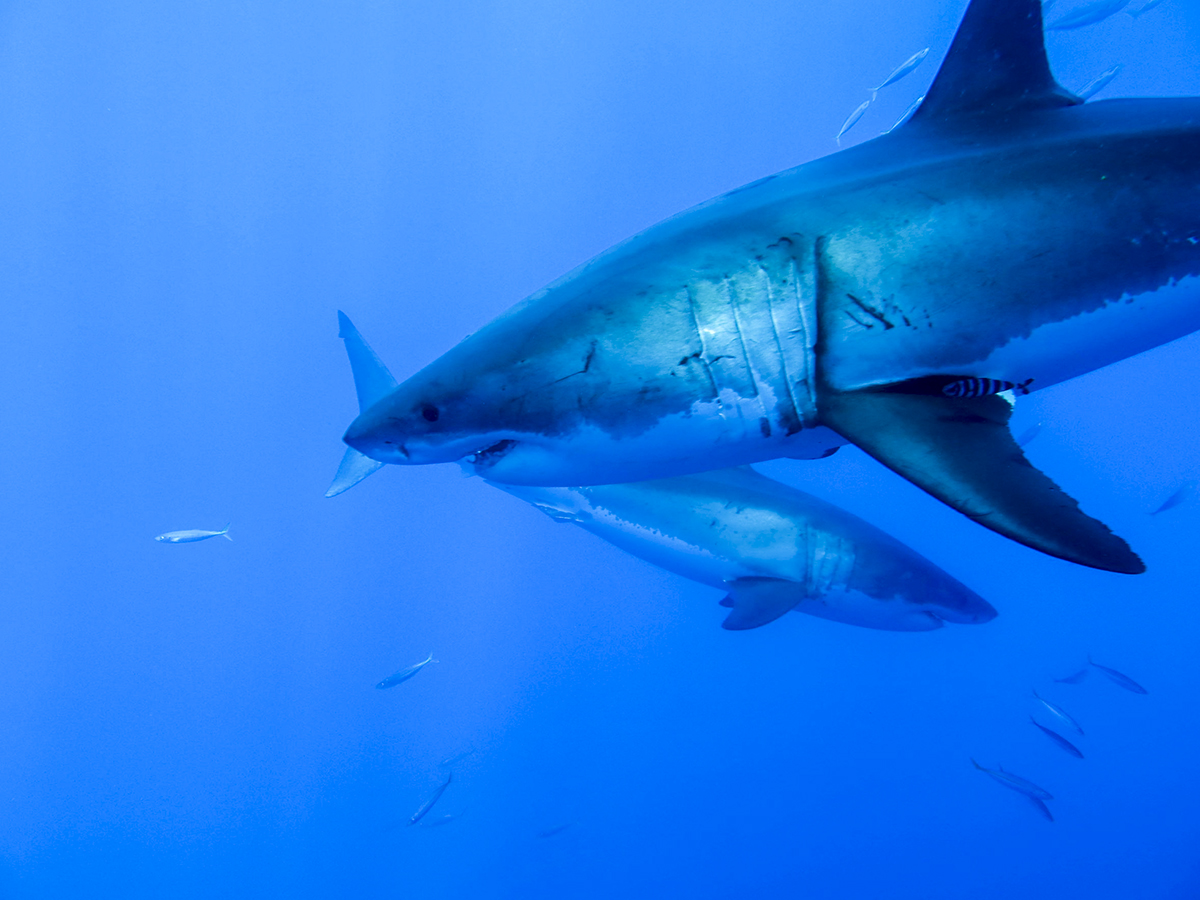