It’s been a week since we started patrolling the skies of the Sea Cortez in our brand-new airplane and it’s been quite an experience!

We have been fortunate to spot different kinds of whales, aggregations of mobulas, and even whale sharks, but the encounter we had today was something we could only dream of.

It was a mellow morning, after about an hour as we were circling back the island, I noticed a white shadow underneath… my first guess was a small group of mobulas mating, however as we were getting closer, the black and white shadow started rising to the surface and we spotted a bushy spout, it was an orca! I was literally speechless, so I just pointed it out to Katie and we immediately contacted the Gallant Lady. Needless to say, our guests had one of the best wildlife encounters of their lives.

It was a small pod of eight orcas, including a massive and intimidating male and a mother with her calf. At some point, the male noticed our presence and he flipped with curiosity and started following us, we couldn’t believe it! Even though the group was traveling together, the mother and a young female remained on the side with the newborn to protect it and teach him how the group works.

I cannot think of a better way to celebrate Mother’s Day than with these fascinating and playful orcas.

Underwater with One of the Most Iconic Orca Families of the Population Found in Baja
On the first day of the trip, the first open ocean safari, seven ... 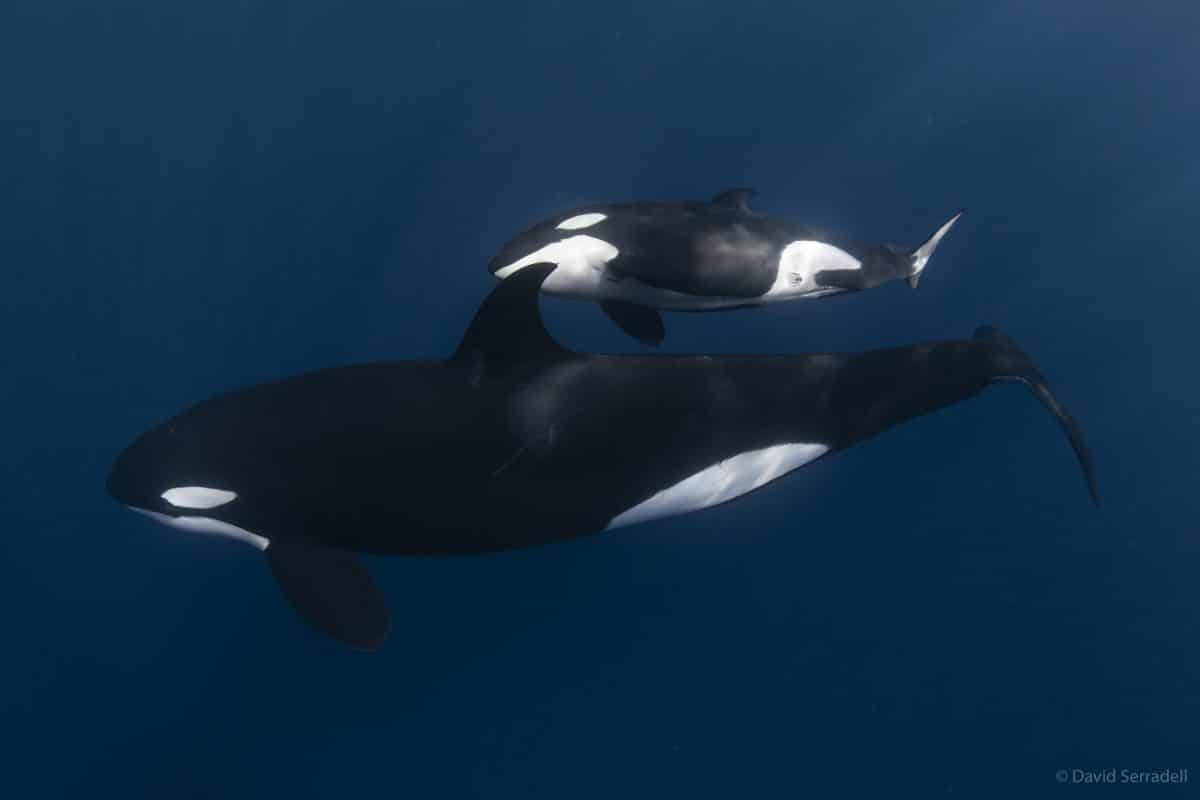 One of Them Swam Right Underneath Me
Yet another amazing day we had today. After having seen so many different kinds of animals on this t...