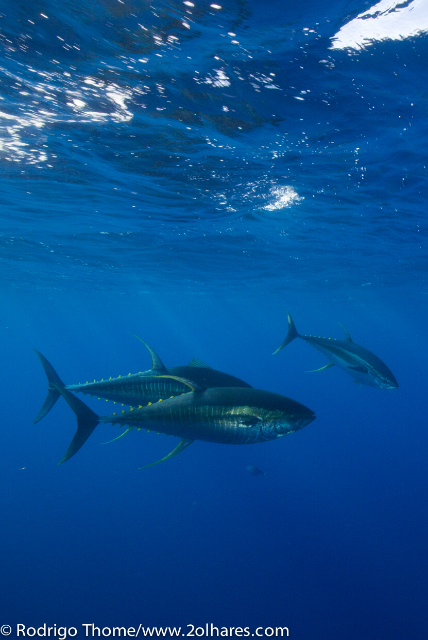 Had another good day at Roca Partida today. Although still overcast the diving has been solid, morning time especially. Had another whale shark this morning and loads of good dolphin action, specifically some mating dolphins in the morning.
This afternoon I took divers over to what looked like a small bait ball  looking for silkies. When we got there we found a boiling mass of what must have been a couple hundred silkies having a feast on a school of bait fish that had been hiding under a big pallet. Some tuna in the mix as well.  We spent a pretty intense hour with them and they were super happy. It was an impressive sight, I even saw a couple breaching. After discussing with the guests at lunch they’ve decided they want to do a fourth day here at RP and do our final day at Socorro, so we’re gonna spend the night here again and head to Socorro tomorrow night. Looks like the clouds are just breaking up now, so hopefully tomorrow we’ll see the sun.
wx has been consistent all three days, 5-10 kts from the N – NE and a long NW and SW swell around 5-6′.
All is well,
– Captain Gordon

Roca Partida looks underwhelming from the surface. A huge school that seemed to go on forever underwater was mesmerizing..
Dive day two of our current Socorro expedition has us diving famo...