It’s Day 3 at Guadalupe Island already and the great white sharks have been amazing! Every dive presents both familiar and new sharks, new shark behaviour, and exciting moments.

The older, larger 12-16ft foot sharks are fascinating as you can see how they strategize on the hunt for the tuna bait – they make multiple passes to check out the situation and seem to methodically plan their hit. If they miss, they usually retreat into a wide circle or disappear briefly to make another plan of attack. When they get continually frustrated by our wranglers pulling the bait away from them just before they bite into some tasty tuna sashimi, you can see them change strategy. More than once the big ones have changed the angle of attack so the wranglers can’t see them coming either rocketing straight up from the deep or coming in alongside our boat and the port or starboard cage where the wrangler can’t see them as easily.

The younger sharks that are about 9-12ft are, by comparison, less wise, less strategic, seemingly more prone to frustration, and impetuous but they are faster and less predictable, so they’re a lot of fun to watch. They travel on the surface a lot so the wranglers can see them coming and easily pull the bait away. But they’ll make tight turns to make multiple lunges, often going back and forth between the bait of the two wranglers, and often splashing and lunging quite close to the cages. Eventually, their many efforts are rewarded when they get the better of one of our wranglers and a hunk of tuna also becomes theirs.

Every day was great but our last afternoon was phenomenal. There were sharks everywhere, constantly coming in and out of view. At times you could see five or six sharks all at once and every time a shark would disappear into the blue another would come into focus. I came out of the water after two hours exclaiming that it was like sharks on cocaine or like living in the middle of a National Geographic great white shark documentary. Katie described it as a sharknado. Everyone came out of the water on a high exclaiming that the sharks saved the best for last – quite the unforgettable finale!

A Spectacular Shark Show at Guadalupe Island
Every day we got fantastic shark action but on the last day espec... 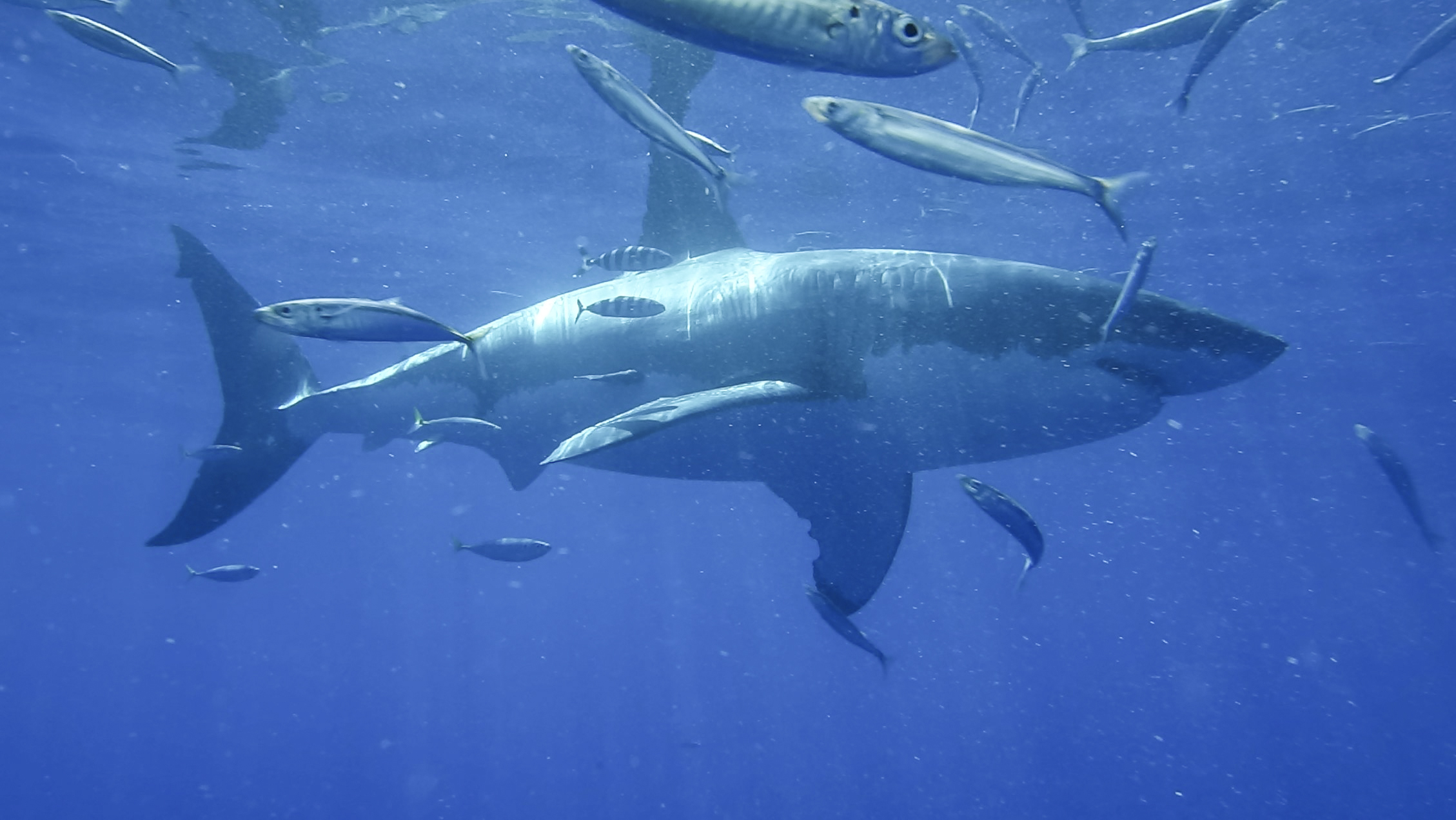 Shark Diver’s First Trip on the UnderSea Goes Swimmingly!
Our first day started early, and it took no time to spot some great whites before we even hit the ca... 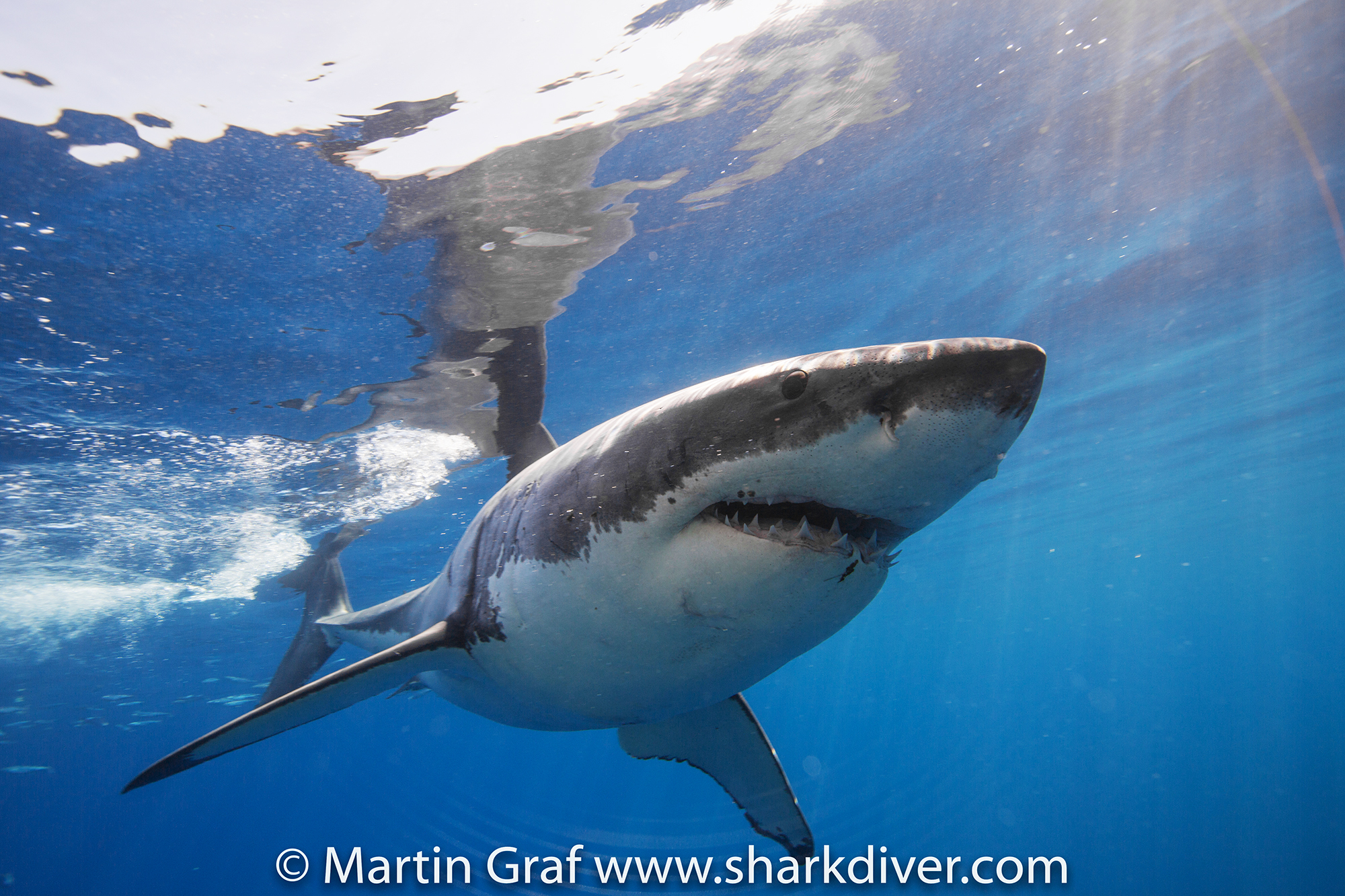