Today a boat full of happy divers and happy crew returning from Guadalupe Island. During our trip we had only sunny skies and more sharks than expected.

Only minutes after the first tuna tail was thrown into the water on the first day by our chief wrangler, Hernan, we had a big shark trying to bite it off. It cost him quite an effort to bite through the tough bait, it’s tail splashing around at the surface spraying water onto the divers who were getting ready to enter the cages. Needless to say, after this eventful start our divers rushed into the cages. All this happened before 7:00 am!

The sharks stayed with us over the whole next three days. We had never less than three sharks circling the Nautilus Explorer at one time, and sometimes you could see five big sharks at once. As is usual for this time of the year the large majority were male.

As we got plenty of great photos, we used the opportunity to compare our shots to the ones in the Shark ID book. After two days of diving we had already positively identified nine individuals. Quite a few have special characteristics on their body that make it easy to recognize them as they swim by.

Some came by for just a few hours and some stayed around our boat for the whole three days. Pretty quickly it was clear that one of the most popular sharks amongst all passenger was “Andy” (ID# 137). He cruises by close to the submersible cages and then darts to the surface to try to catch the bait. Sometime he’s lucky, sometimes not. But due to his tireless efforts, providing lots of excitement right of the back of our deck, he is now known to everyone onboard as “Action Andy!” 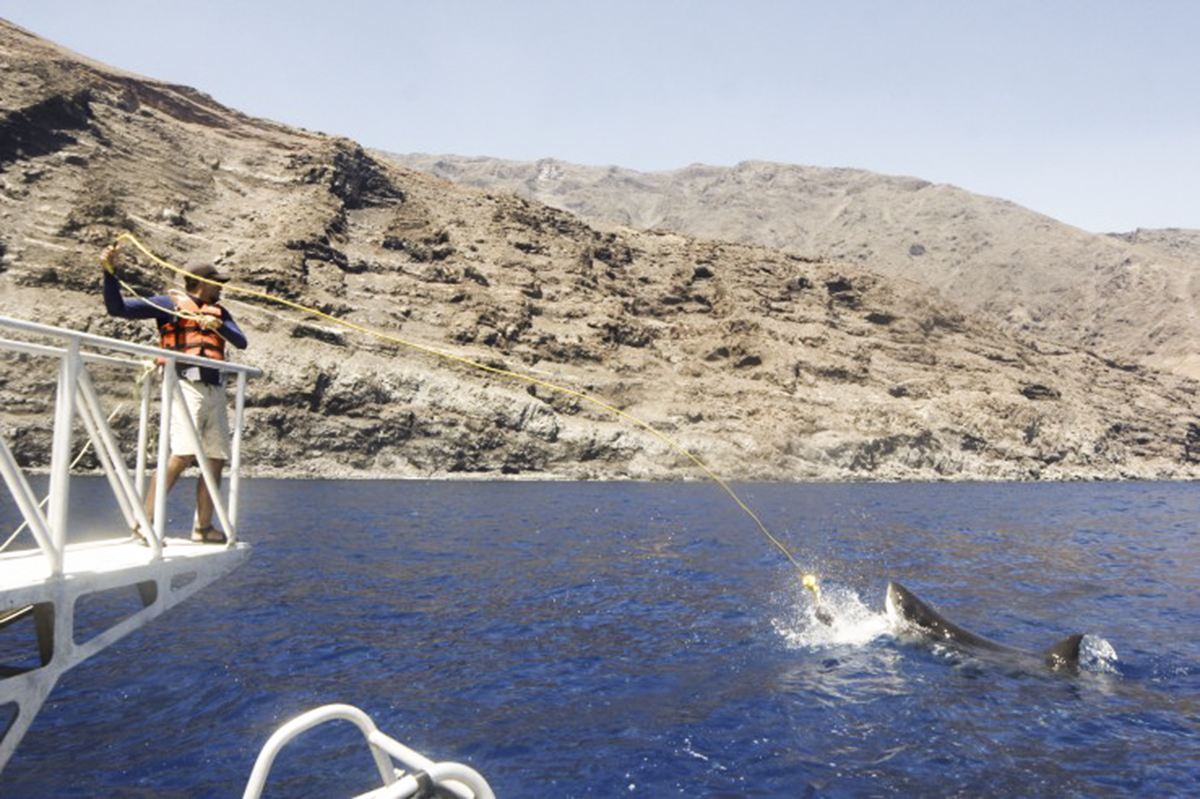 Here we are at Guadalupe Island, with 3, 4 and 5 great whites at the same time, and they’re very active on the surface. It is great to be back at Guadalupe again, our group this time is very international. Some of the guests onboard were just with us diving at Socorro a couple months ago, so it is especially nice to see them again, as well as meet so many new people with a passion for sharks.

Today our guests and crew were able to identify some of the sharks we have seen, including “Andy,” “Rhett,” “Kike,” “Ropey,” “Brutus,” and “Paul Walker.” It is great to see everyone so excited to be able to call the sharks by name when they spot them.

It was a great first day for this longer trip. We really should’ve save all this action for later on since we still have three more days of cage diving but you know, it’s not up to us! All day we were surrounded by more than four different sharks, mostly males, taking turns showing up to amaze the divers.

They were a bit shy in the morning, they kept to the deep, but by the second dive in the submersible cages they started attacking the bait and showing teeth, and that continued for the rest of the day. I gotta go now, it’s Taco Fiesta night and nobody likes cold tortillas. Blog to you soon!!

Sharks Put on an Acrobatic Show at Guadalupe
We had up to six sharks in our frame of view at times, up and dow... 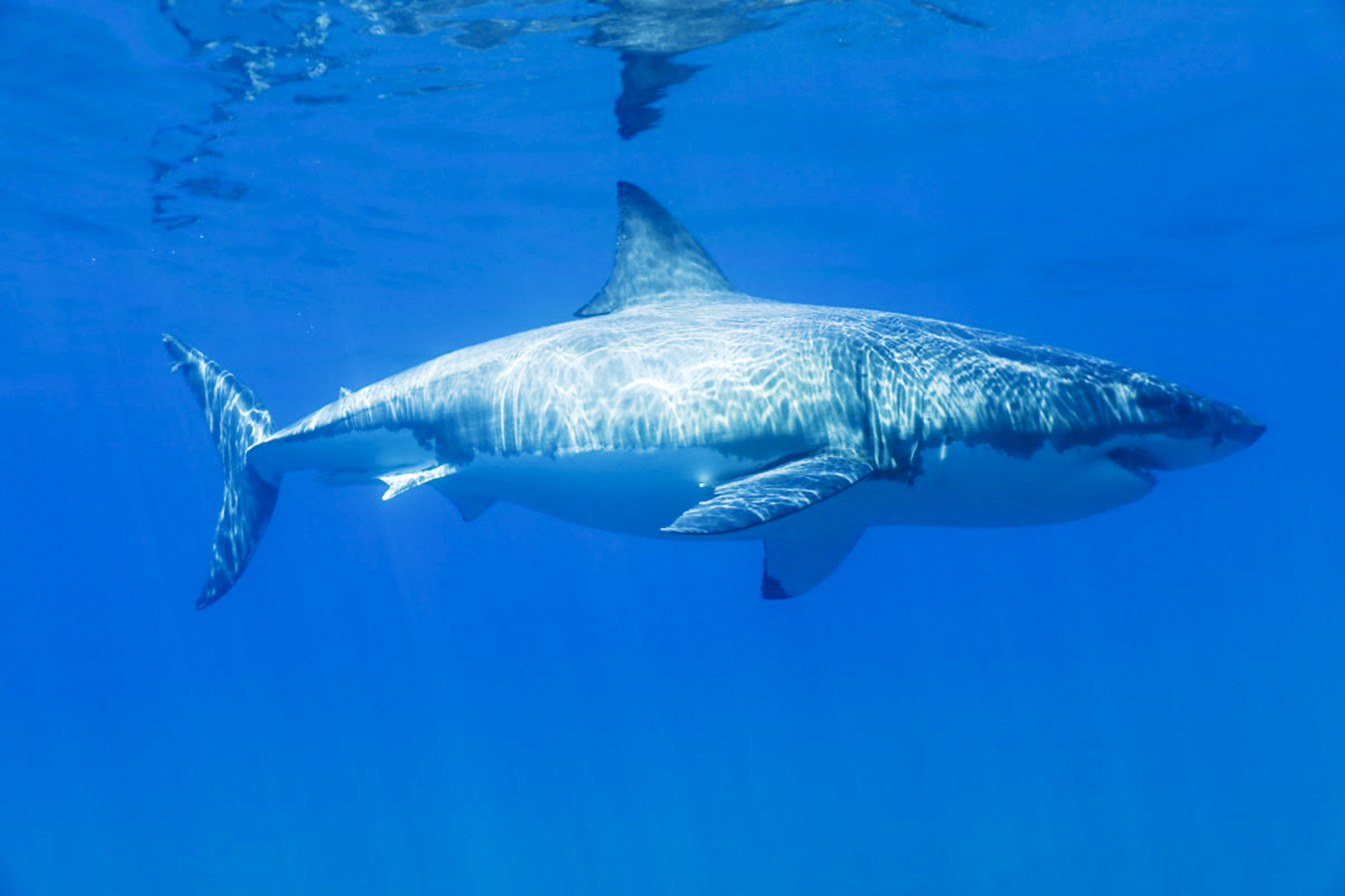 First Impressions from New Shark Divers at Guadalupe
The great whites are a sight to behold as they show off their muscular form with agile movement and ... 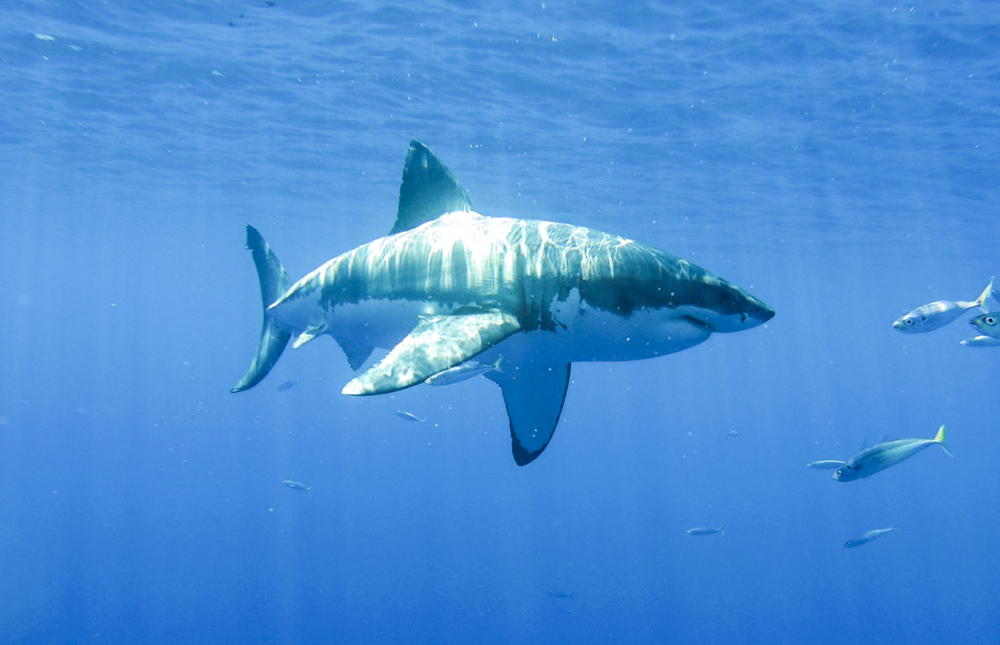