The day started with a bit of a chilly wind at 5:00 am, but the great coffee we have on this boat helped warm us up in no time. The morning was clear, meaning another sunny day, and soon enough the only clouds were the ones cascading down the north crest of Guadalupe Island (this is called the Foerh effect).

Before we realized it, we had prepared all the tuna of the day of wrangling the great whites and the first divers jumped right in as we screamed the first SHAAAARK!! The morning kept us happy with three sharks around the boat until midday, and then the afternoon was amazing! We had up to six sharks in our frame of view at times, up and down, very close. Divers couldn’t decide where to point their cameras!

The very best surface fun came at the very end of the day, after the sun was down behind the top of the island and the last pieces of tuna went in the water. The day closed with a mind blowing show of acrobatics from two brave male sharks. It is hard to improve on a day like today, but tomorrow we’ll try again, because Guadalupe is always full of surprises! Good night everybody.

Today was an awesome day with incredibly clear water and a lot of shark action, with up to four juvenile male white sharks frantically trying for the tuna. There was also a juvenile female taking her share of the attention, and many many yellow tail jacks chasing the other guys further down the food chain.

One short, very funny moment was when a big green sea turtle popped up at the surface for a minute maybe 50 metres from the stern of the boat, and, in a move that seemed perfectly syncronized, one of the juveniles slowly approached the turtle, dragging everybody’s attention in that direction while, very quickly, another shark took the bait from the distracted wrangler!! Was it a coincidence? Maybe, but it didn’t seem like it…

An Unforgettable Experience with the Great White Sharks
Unlimited surface cage time allowed me 13 hours of diving with th... 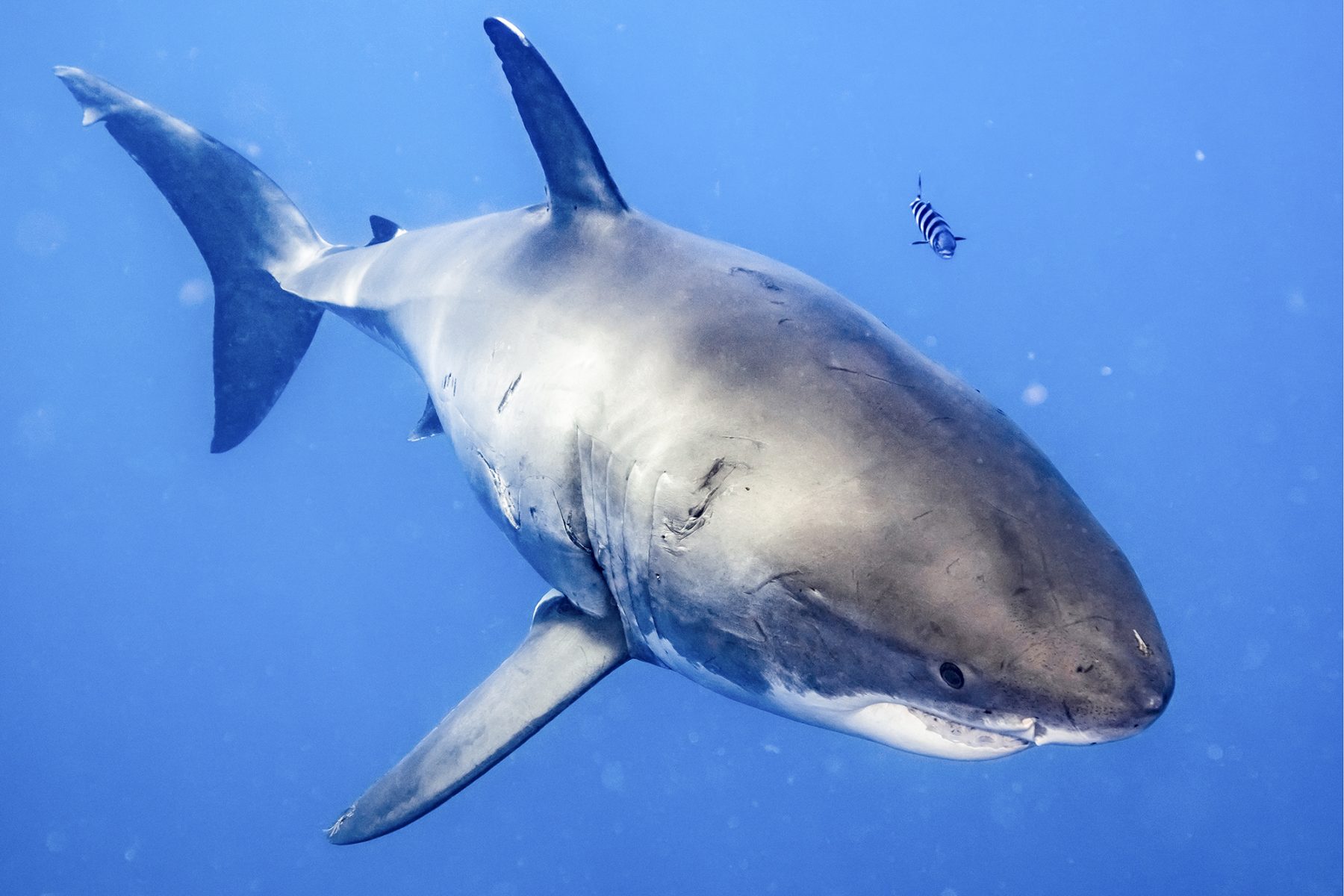 Action Andy and Other Great Whites Visit Nautilus at Guadalupe
We had never less than three sharks circling the Nautilus Explorer at one time, and sometimes you co...