We are back from another amazing trip to Guadalupe Island! We had up to 8 sharks at a time, so many that it was hard to decide which way to look. Some would be coming up from the deep, some close to the submersible cages, some by the surface cages and even several breaching out of the water!

We did notice one significant difference on this trip compared to the previous ones so far on the season; this time we had less males and many more females, mostly juveniles, but maybe this is the start of the change of the season and soon the big females that we have been waiting for will show up! I can’t wait to see those huge sharks!

We have had the smoothest crossing in my memory today on our way to Guadalupe. The sea has been calm as could be with a cloudy sky and sunny spells.

Our guests from Mexico, U.S.A, Canada, Germany, Uzbekistan, Australia and China are ready to go. Wetsuits are hanging in anticipation, cameras are set up and ready to go and everyone is briefed and anxious to get in the cages tomorrow morning.

We are just pulling into Guadalupe, now the silhouette of the island is illuminated by the almost full moon. Dinner is being devoured and wine shared in our last supper before the sharks.

First day in the amazing Guadalupe Island and the divers are excited, putting on their wetsuits at 5:40 am!! Haha, that’s the spirit! The first shark appeared a couple of minutes later while wrangling! And it looks like he called his friends because there was a total of 8 great white sharks through the whole day! One time I was down with the cage and counted total of 5 cruising around the Nautilus Belle Amie!

The water temperature is nice and doesn’t vary through the day, around 20°C, and then the sun came out a little bit later on, around noon! I will say, these clouds give the island a little bit of a spooky dinosaur theme! Awesome! Can’t wait for tomorrow.

47 Sharks Identified in One Trip!!
We had 47 different sharks identified over 3 days!!... 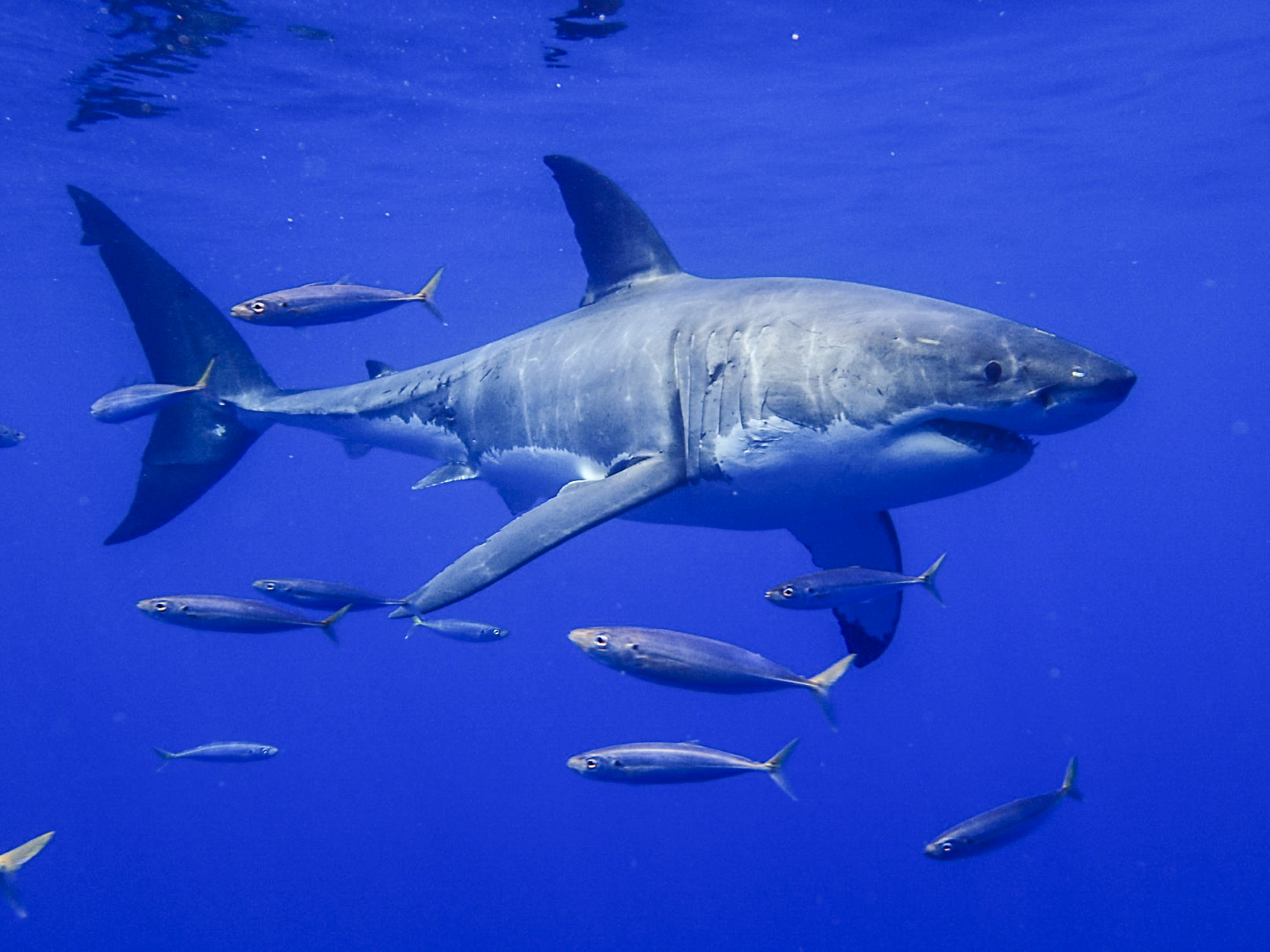 Guadalupe is Bursting with Sharks!
The sharks were going crazy! All day long we saw sharks shooting up to try to steal the bait from ou... 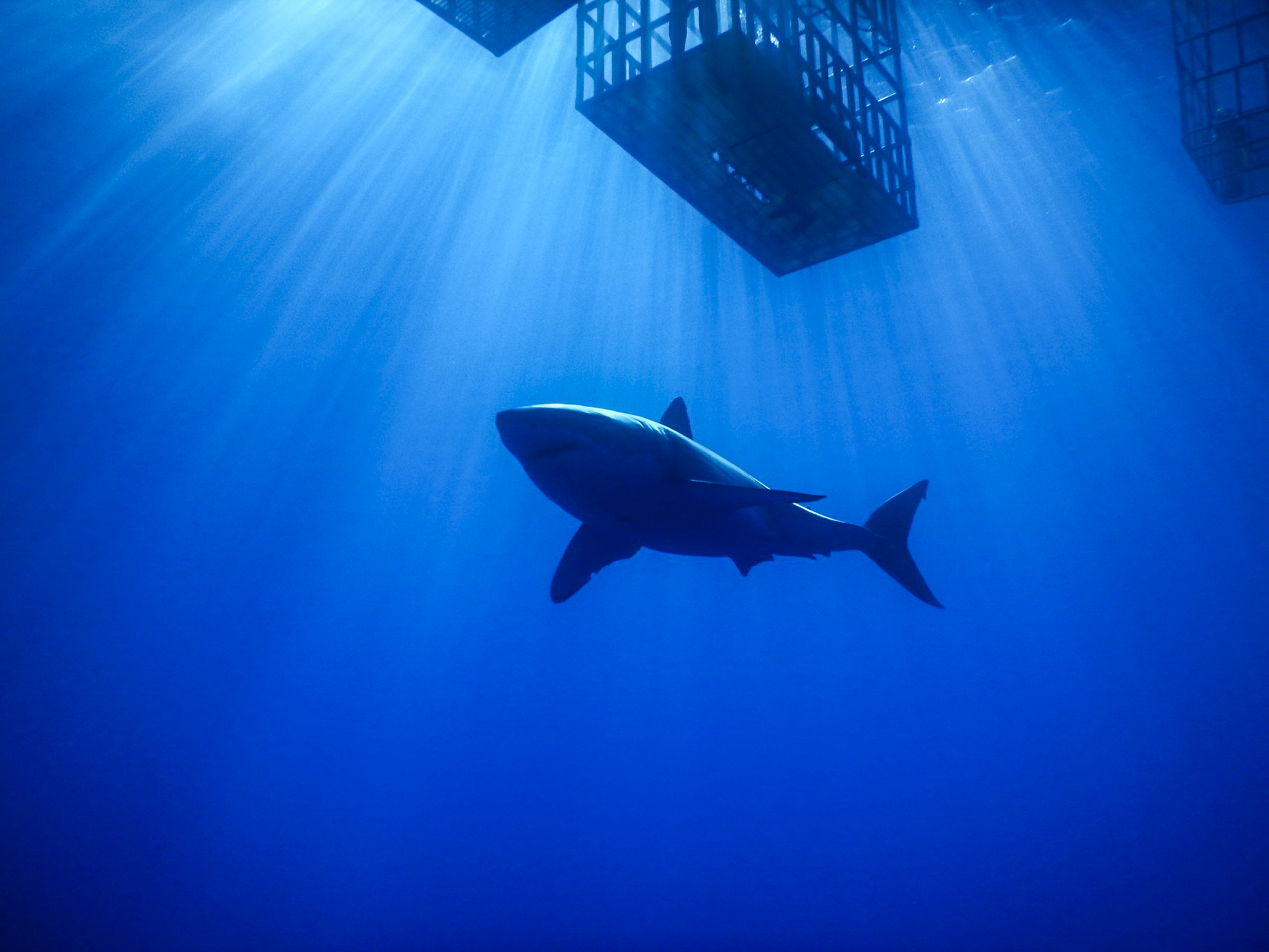