All the great white shark facts you always wanted to check.

Are they endangered? What is the color of their eyes? And more…

Do great white sharks have personalities?

While researchers work hard to crack the code behind the body language and social dynamics of sharks, some specific Great White Sharks naturally stand out from the pack because of their bold and unique personalities.

Probably one of the most popular great white shark facts. Yes, the white shark was listed as an endangered species in Canada in 2006, and is estimated to have declined in population close to 80% in North America over the past 14 years.

How intelligent are great white sharks?

Great white sharks have existed on our planet for millions of years, evolving and adapting to their way of life. They are smart enough to use their brain and conserve energy by strategically planning their moves to hunt their prey.

Where do great whites live?

Great white sharks can be seen in almost any region between 60°N and 60°S. They are oceanic nomads and undertake long migrations, but they do return to the same locations year after year. Why over 1000 sharks populate the waters around Guadalupe Island from June to January? Read full article to find out!

What is the color of great white sharks eyes?

How the great white sharks really behave at Guadalupe Island?

The sharks at Guadalupe Island are something to behold and appreciate. They move majestically and gracefully in the water.

What are some common great white shark facts misconceptions?

Often things are exaggerated, misinterpreted or completely made up on shark week programs. For example Sharks are not always hungry and they are not mindless killers. Find more misconceptions in the following article.

A young Guadalupe fur seal was playing around in the shallows but strayed a little too far into deep water. Here it was set upon by a relatively small and tenacious great white shark (only 8ft long). After a few seconds, there was a huge splash…

Yes, great white sharks gestate their pups for a year and half before giving birth. Read articles and check out photos of hungry pregnant sharks at Guadalupe Island!

How great white sharks pups are growing up?

A Baby Great white shark measures 5 feet long at the time of its birth. The pup will grow to be an apex predator, but before reaching full size, the pup will have to avoid bigger predators. Sadly the survival of baby great white sharks are very low, …

Generation W – An insight about baby Great White Sharks in Baja California
A Baby Great white shark measures 5 feet long at the time of its ... 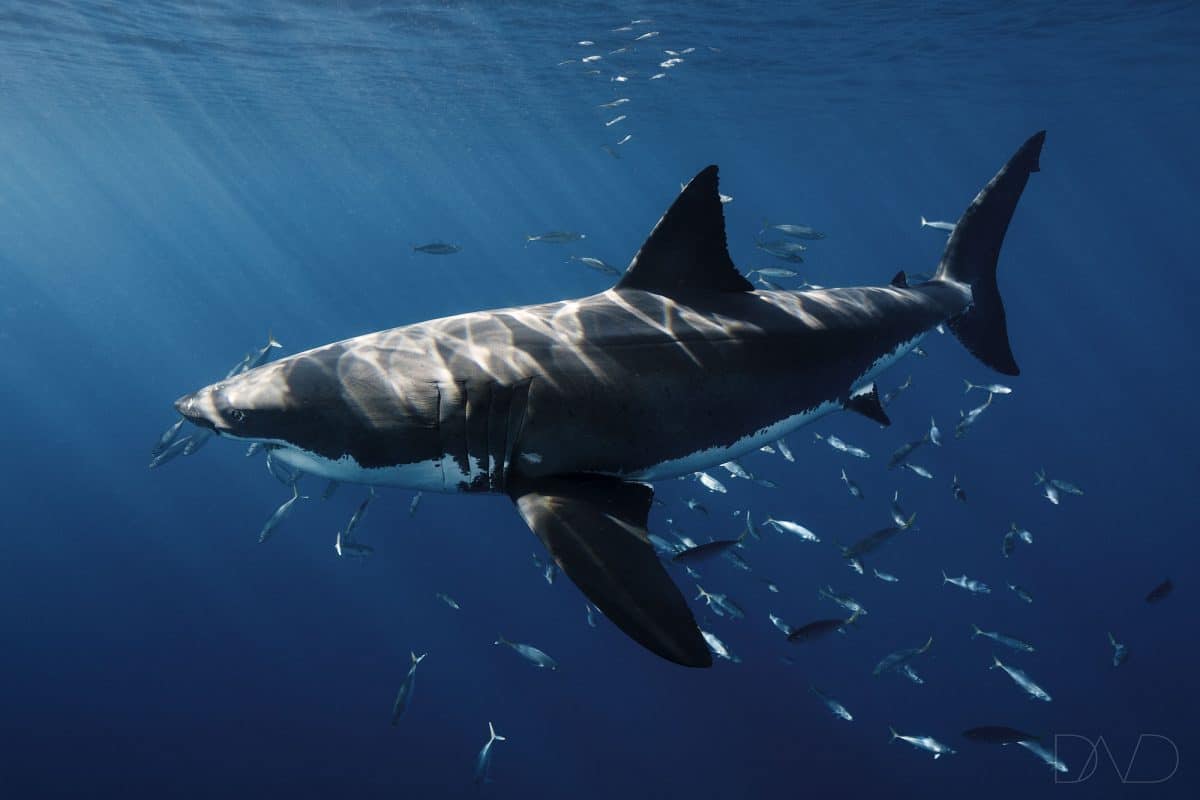