Mother Ocean has a way of changing even the best-laid plans, and this June with Hurricanes Aletta and Bud, the Nautilus UnderSea (as well as the other Nautilus vessels) were forced to change their plans and head for the Sea of Cortez on some trips. Here is a week aboard the UnderSea as told by our towering divemaster Sten (the Vikingo) and guests onboard.

We have managed to get out of the waves of the Hurricane Aletta and are waking up in the mirror calm Sea of Cortez. La Reina is a single rock by itself standing a few miles north of the Island Cerralvo that some politicians recently decided will be called Cousteau after Jacques Cousteau, the famous diver ( I’ll keep my comments to myself…). La Reina was the real manta point (Yes! Manta Biostris!) here up to 2004, and then the mantas disappeared from La Reina. But on the last trip we were here we had an excellent manta dive with a young female, Not this time though. Sea lions came in to make some passes and we focused on the fish life here that we were offered.

I won’t go into it too much right now, but I have to say this about diving the Sea of Cortez: it is not Revillagigedo but it does have a very rich sea, full of plankton and already on this first day we have seen whales, pilot whales in the distance, common and bottlenose dolphins and more. As far as seeing BIG animals, there are not many of the schooling hammerheads left, it happens, but it’s rare. More common of course are sea lions! Whale sharks in the bay of La Paz where they feast on plankton. Plus big swarms of mobula rays that can come in a group of thousands. At different times I have seen pilot whales, orcas, Minkie whales, Sei whales, Fin whales, grey whales, humpback whales, sperm whales, and as well as the biggest animal alive today, blue whales. I am sure I am forgetting some.

That’s the big stuff, but what about underwater then? I like to slow down and watch cleaning stations and fish behaviour, that’s what I find the most rewarding, the details. I like finding a “fishy” place and looking at what is going on and what they are actually are doing instead of coming up and counting how many moray eels and scorpionfish you have seen. I learn new things every dive. If you want to go even closer there are nudibranchs, frogfish and seahorses also. Next blog I will tell you about some of that stuff. Our next stop is Las Animas

Las Animas, a small rocky island, is mostly bare except for a few cacti that survive on the bird poop covered island. Pelicans, some boobys and hundreds of frigate birds rest here. In the afternoon all the frigates are laying, flying, or more likely, hanging above the island, warmed up by the sun which creates a good thermic updraft.

Underwater: there are walls, big boulders, rock fields, caves and some satellite rocks around the island. Deep water surrounds it so there is often current and today we got some. We chose to jump in up current where there was the most life and there were lots of fish! A never-ending highway of fish! A fish soup or a snowstorm of fish! Thousands and thousands, Creole fish, Jacks, fusiliers, gaftails pompanos, spotted nose snappers, we saw a couple of huge 5 foot Pacific dog snappers and thousands of Bonitos hunting. I can’t remember any other sea with so many fish, I don’t like to use the cliche that Mr Cousteau once said but the Sea of Cortez really is “the biggest fish trap in the world.”

Turtles like to be here, and we saw a few of them. Cleaning stations with hundreds of yellow barberfish. The water varies from green to blue and the water temperature is switching from 19- 26 C in one dive! There are so many nutrients in the water due to the cold upwelling and the mix of water, which means the visibility is changing from 30-80ft all the time.

In the evening a few of us hiked up to the lighthouse of Las Animas to get a beautiful view of the sun setting over the Sea of Cortez. It has a special light here and it provokes you to take too many sunset photos! Down below us is Nautilus UnderSea on a flat sea, and above us, hundreds of quiet frigate birds. The day is on its way to end as we climb down to get our dinner.

We stayed by the lighthouse reef outside of Isla Partito, the only inhabited island in this part of Baja Sur on the Sea of Cortez side. One fishing family has lived there for several generations. When you see the island you are quite amazed as to how someone would choose to live there. It is just a rock. I have not dived this reef for years and we were so happily surprised at the good amount of marine life that we decided to stay the rest of the day.

Also, the sea lion colony at Los Islotes is closed from June to end of August (because of a couple operators did a poor job instructing snorkelers and divers on how to be in the water with sea lions). This is another smaller sea lion colony that we could dive in, as long as we respect the sea lions terms regarding how to interact with them. Around the rocks on the sand patches, there were so many Cortez stingrays, big shy diamond stingrays feeding on sand dollars, electric rays, octopi and moray eels in the rocks. A school of barracudas were getting chased by the sea lions and at the very end of the dive, 3 bottlenose dolphins flew by and got chased by a male sea lion!

We ended the day in the bay of San Fransiscito. After dinner at 20:30 we went to see what was under the boat and besides some rocks, we saw a weird-looking one-foot sea hare that was coming out from under the rocks and under the Nautilus UnderSea. It was attracted by the lights, as was small schools of sardines, giant bullseye electric rays, Cortez stingrays and loads of pufferfish. I even spotted a mini octopus that was less than an inch! Five dives today, we will sleep well!

On our last day diving, we were jumping around quite a bit. We went to El Bajito, the wreck at La Fregata and lastly, the reef Swannee, which was loaded with life the last time we visited (a visiting sea lion and a green turtle, and cormorants), but not this time though. We offered a fourth dive but our guests decided to take an evening stroll on the beach of Balandra instead before Felipe’s dinner of grilled meat was served.

The trip did not go to Socorro because of weather in Revillagigedo, but we got to see a big part of the southern part of Sea of Cortez. Man can’t rule over nature. I have been working here for 17 years, and the Sea of Cortez is where I started in Mexico and I LOVE this part of the world! I’ve seen and experienced so much here from blue whales and sperm whales down to frogfish and skeleton shrimp! This is it for me, I am done for now and am going to my home here in Baja, but I will be back for the great white shark season in Guadalupe soon. Ojala!

We know that being part of the crew on a ship is a very challenging task. You have to be there for the guests at all times, have an open ear and anticipate the expectations of all different kinds of divers. At the same time, you are expected to be patient and smiling. The guests only see a small part of your duties and while they are resting the crew is constantly operating the boat, logistics and food. For the guests it’s one week out with you, sometimes the only holiday they have in a year.

If you have divers with big cameras, the crew gets challenged even more and sometimes have to deal with unreal expectations. We can assure you that all of the previously mentioned points are handled perfectly on the Nautilus UnderSea. We felt in good hands all the time and enjoyed the proactive mindset of our divemasters as well as the rest of the crew. The freedom in diving and the sensible way of handling minor issues is outstanding. We are grateful to have spent some time on board and if we ever get a chance, we will certainly come back.
– Behind the Mask Crew // China, Germany, France, Bangladesh

We (the Behind the Mask film team) already posted about how great the staff and the service was, but I just wanted to write a personal message! I cannot say enough good things about the time we had. Mother Nature wrecked some of our plans but the whole time the staff went out of their way to still give us a great time in the Sea of Cortez. When you are out in the water, safety is paramount, but so is having the freedom to be able to film in our own style. The staff maintained this balance in an amazing way, and I am extremely grateful to have been on this boat with them. They are all wonderful people and I hope our paths cross again down the line! If there are people trying to film, or even just experience the amazing waters of Mexico I can wholeheartedly say the Nautilus boat is who they should book with!

This has truly been one of the most wonderful dive vacations I have ever had. I was pretty upset at first about the hurricane crashing our original itinerary but the crew kept us up to date on everything and went out of their way to make the new itinerary as enjoyable as possible. They work together seamlessly as a team to keep things running smoothly on the ship and the dives. The divemasters were amazing at working with all levels of divers and very knowledgeable about the dive locations and marine life. The food was some of the best I’ve had (thank you SO MUCH for accommodating vegans!!) and the boat was always spotless. I would definitely come back in a heartbeat.

Magnificent Mobulas and More at Isla Tortuga
What really made the dives special was the Mobula rays. On every ... 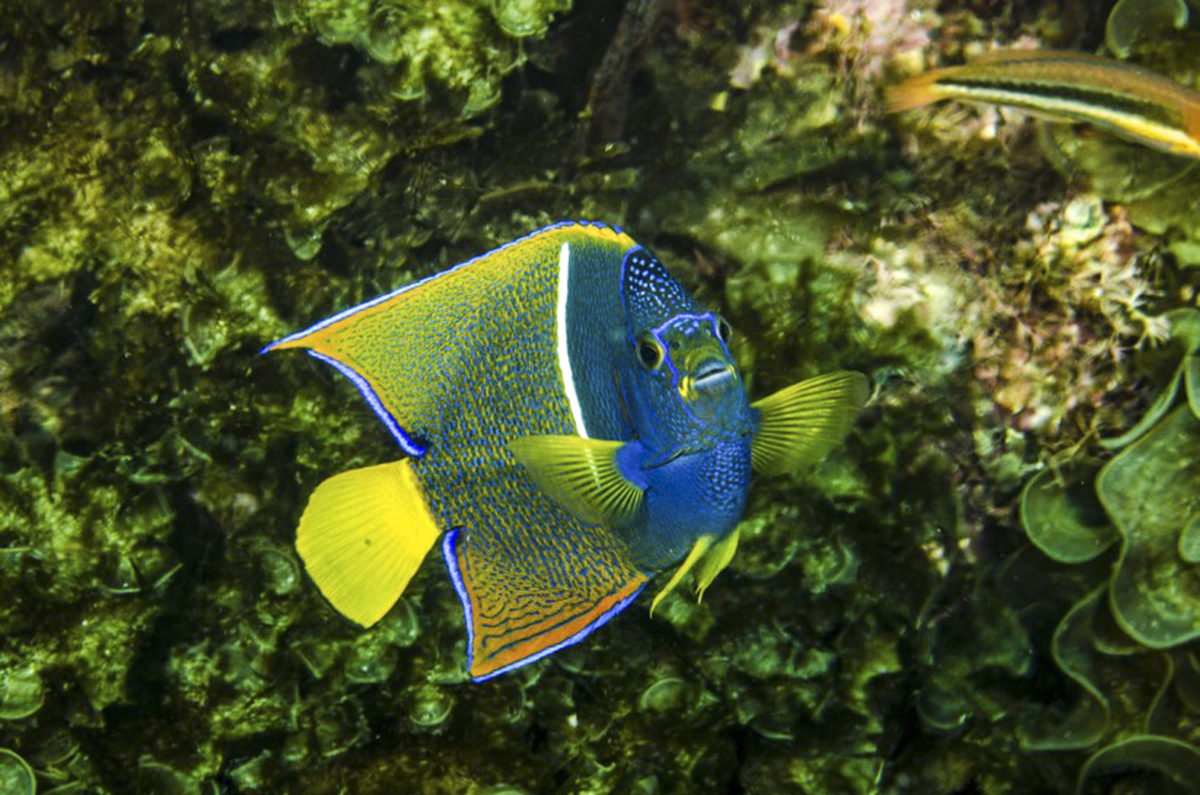 Dolphins and more at the Boiler!
We started the trip at the Boiler and only in this one site we already saw a pod of 12 playful dolph... 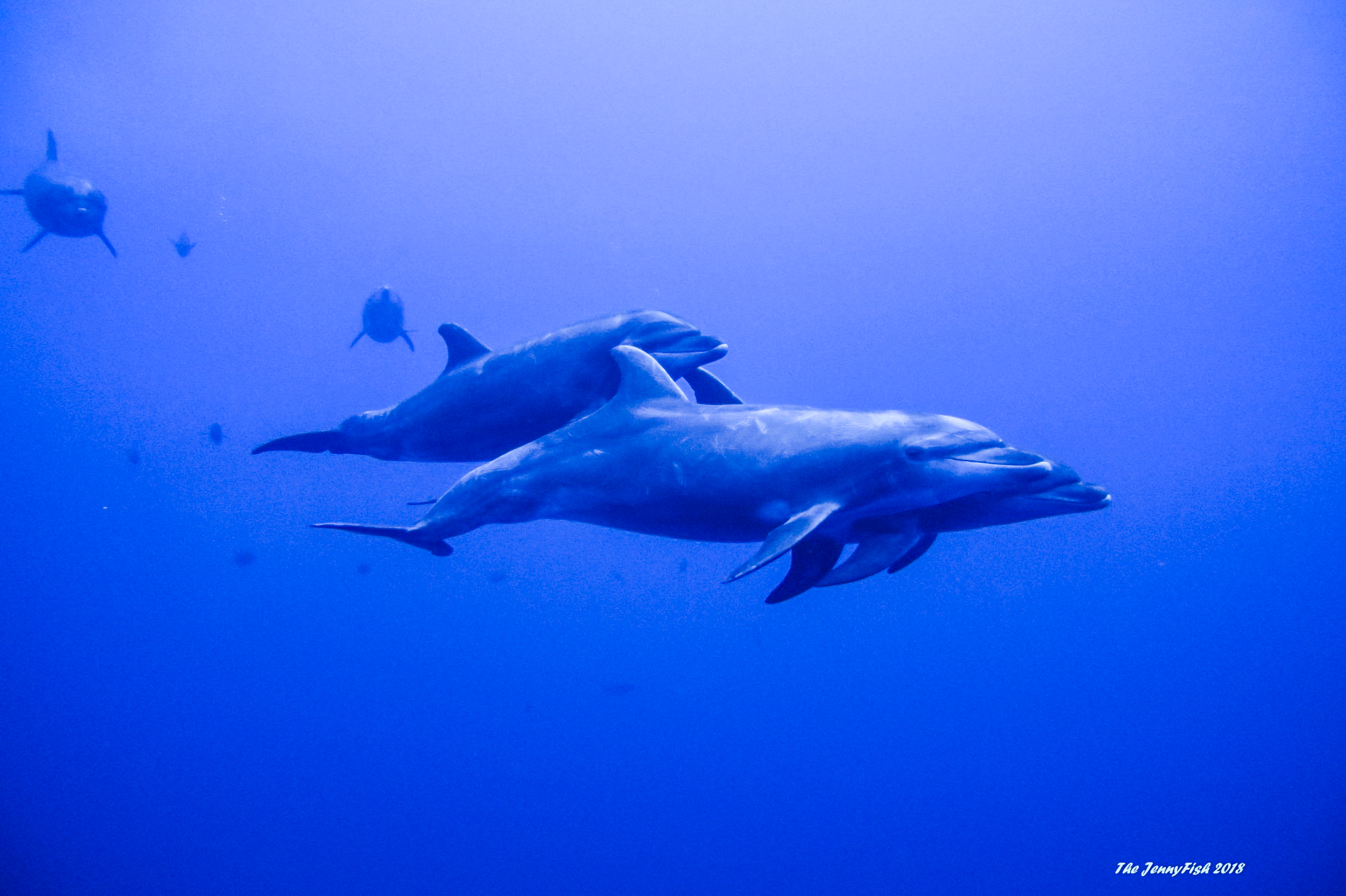