We have a small group on this trip but the excitement is enormous. Our divers have been excited to get in the water since we left port and today the shark surface action and the shark wranglers did not disappoint. Familiar faces from our finned friends included “Kenric,” “Andy,” “Luca,” and “Mace.” We had a difficult time identifying one other male shark and are hoping to get more pictures of him tomorrow.

The day did not slow down. Wranglers took turns competing on who can last longer with their tuna before the sharks take it and at the end of the day, “Luca” made me bow my head down in shame after stealing the bait from me twice in a matter of minutes. Tony has a good record of almost an hour. The surface action was so intense that all divers decided to just stay in the surface cages this afternoon.

The shark cages closed as scheduled after high adrenaline wrangling and shark surface action. Later on, we held Shark ID based on their photos, using the identification booklet from the Marine Conservation Science Institute, and then headed to the sun deck for our traditional Taco Night. Chef Felipe did a brilliant job and Geronimo prepared quesadillas for everyone. Guests were happy and everyone agreed with the captain that the shark action was intense today. The night was topped off by dessert and some socializing before everyone headed to bed. Tomorrow we intend to carry on today’s fast action and have everyone participating again.

Here I am back to the wonderful Guadalupe Island, the great white shark city. It was a great crossing with calm seas; what a way to start a trip! As we came within sight of the island, we could see the clouds just rolling down the island and it looked like snow falling. Where we are anchored, it feels as if we are at a marina because it is flat calm like a lake! We also enjoyed the baby seals, making noises like sheep.

We put the cages in the water as soon as we arrived so that we could get an early start to the show of a lifetime the next morning. All the guest were so excited and couldn’t believe it how calm it was. We started cutting up tuna on the back deck with a chainsaw and, sure enough, before we even opened the cages at 6:30 there were sharks circling on the surface. All five cages were full of guests as soon as they opened as they wanted to see the sharks right away. We celebrated the amazing shark surface action of the day with our famous Taco Night and drinks on the sun deck. What a great way to top it off!

Every day held multiple shark encounters, and everyone enjoyed them, along with the great weather. Now we are heading back to port with little swells but it is just rocking us gently like a baby. Well that it for me, I’ll keep you all updated on the next trip!

Great White Kenric’s Personal Blog
Ever wonder what the great whites think of our visits to Guadalup... 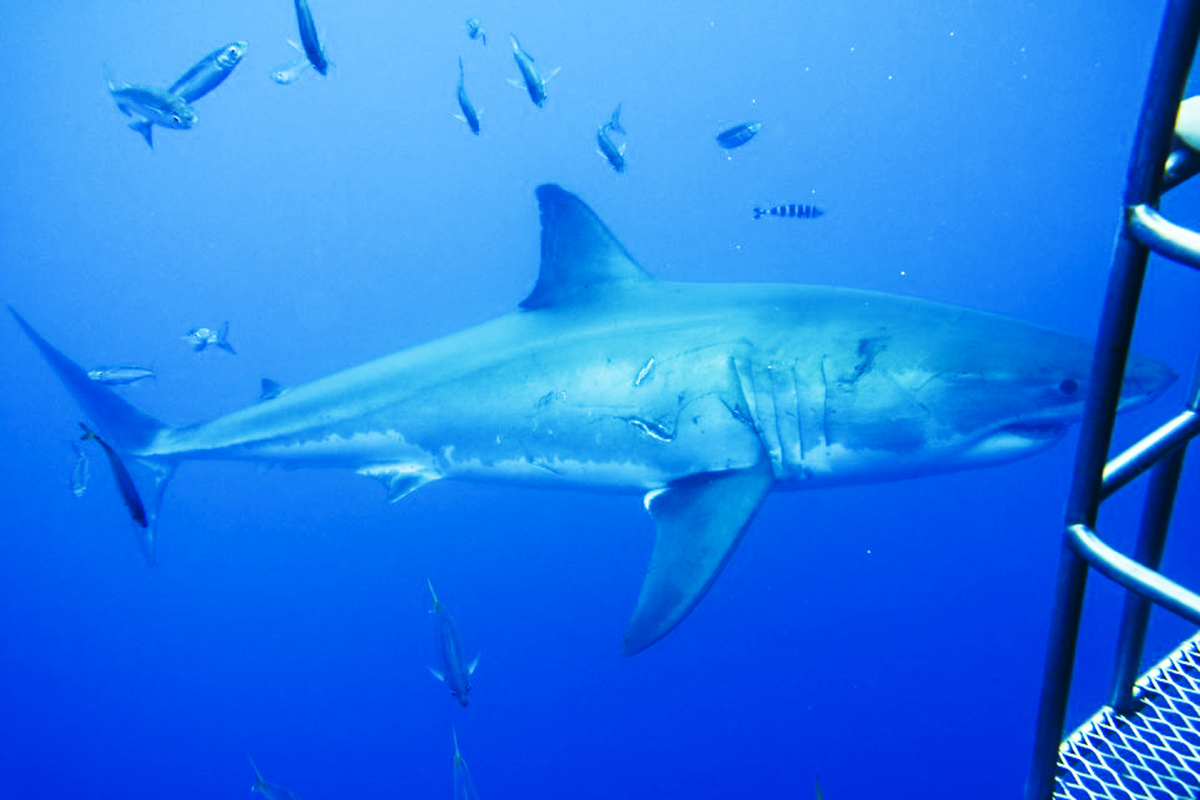 Sharks, Sea Lions and Seals Galore
On occasion we also see humpback whales and even beaked whales, which are an extremely rare species ... 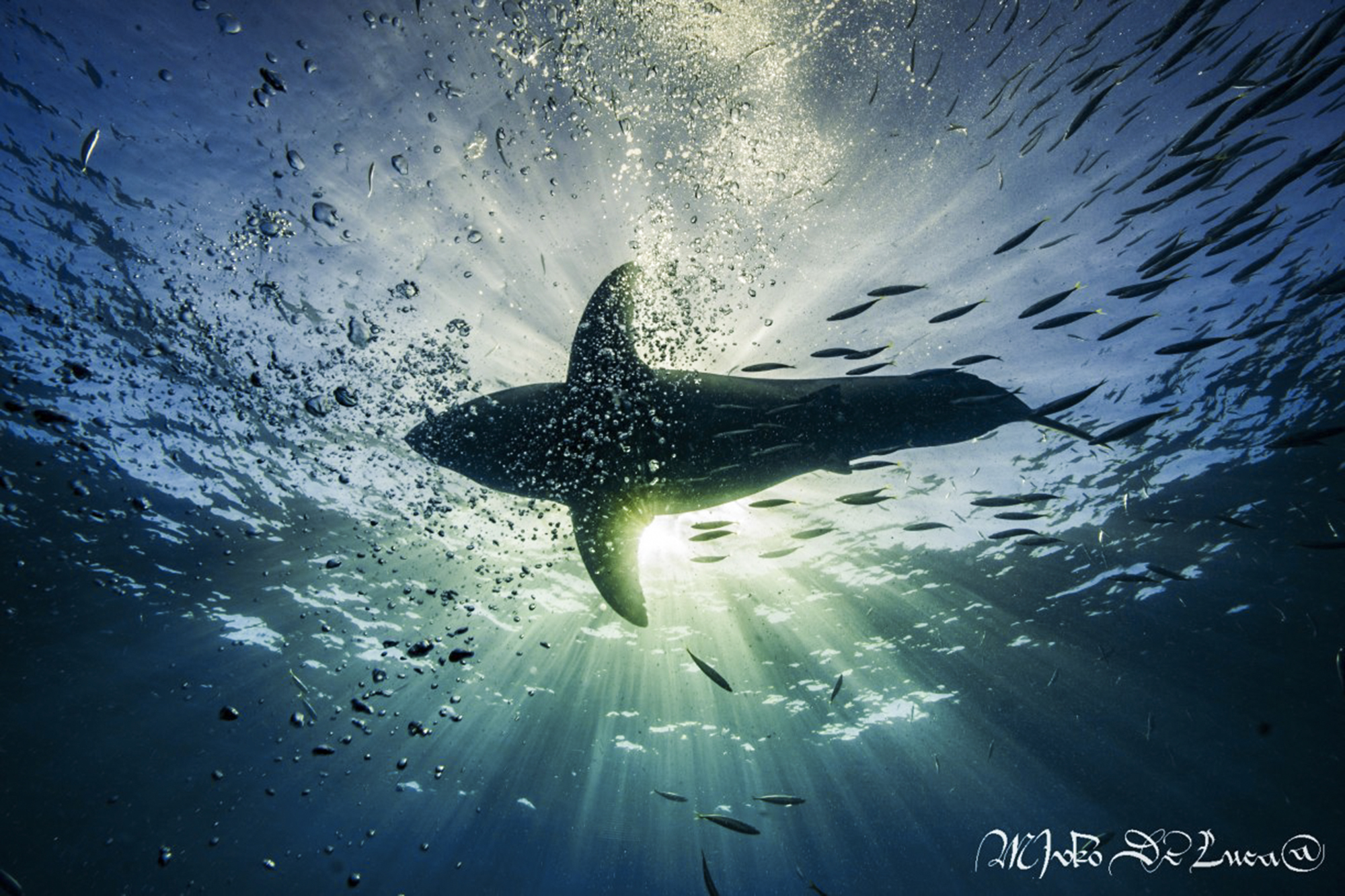