Roca Partida: Day 2
Nautilus Under the Sea and its crew were fantastic at accommodating our party of rEvo closed-circuit rebreathers (they were able to provide complete rental tanks and absorbent, too!). The staff has experience with rebreathers, and knowing the advantage of silent diving, offered to drop us in as the first divers of the morning.
We hit the water, and very shortly after had a large, beautifully marked, female tiger shark check us out, and follow us down to about 90 feet. She circled around once before drifting off into the depths. We continued on our dives and saw three hammerheads, multiple mature silvertip sharks, at least one Galapagos, Silky, and the hard-to-identify Dusky shark, huge schooling yellowfin tuna, numerous wahoo, and countless giant manta rays, both in black and chevron colorations.
The crew was also gracious enough to take the guests out on a zodiac ride to watch the sun set over the island before a delicious steak dinner and cocktail hour.
– Kim and Mark, Honolulu HI
Photo by Kimberly Jeffries 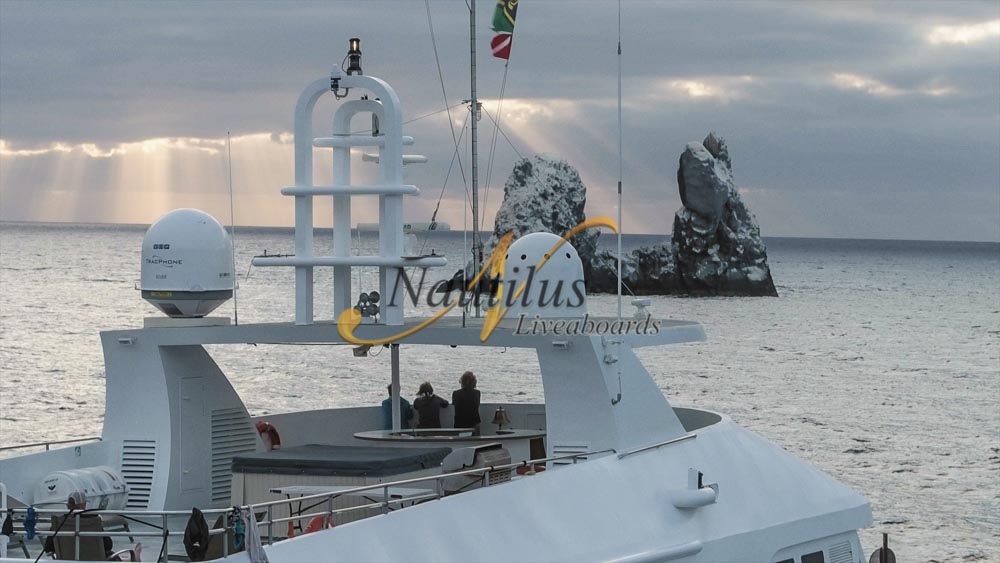 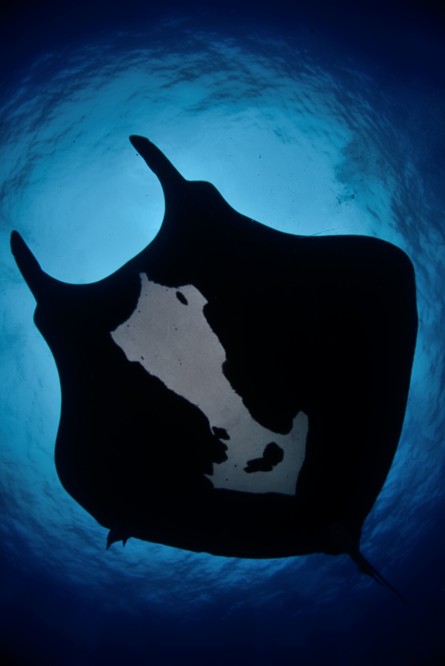