Roca Partida is the best dive site in the world! I have done over 6000 dives in my career and 2 of my top 5 are in Roca Partida, both from this season, and one on this trip! We not only had schooling silvertip sharks, Galapagos sharks, and silky sharks all together with a school of hammerheads!

But at that moment, a whale shark swam up past it all, with the silky and Galapagos sharks rubbing themselves against its’ sides to clear off parasites and dead scales! It was followed by hundreds of jacks also doing the same like a plume of smoke behind a train. It circled “The Rock” several times and got up close and personal with every single diver in the water!

The only reason this magical moment had to end was our finite amount of gas in our tanks and the sun setting on this fantastic day! Always love this place, and it seems the more I dive it, the more that love grows! Come see for yourselves guys! I promise you won’t be disappointed!

The sharks are back strong

Our check out dive was not starting bad, with mantas and hammerheads. Clear water and a bit more current then usual at San Benedicto today.
We moved out further to the North and did a drift dive off the north west part of San Benedicto to do something different, as the boiler had divers when we came. I call the dive site “Paul Allen’s Boobies”, because once we saw Paul Allen’s boat was diving there and there are often boobies there…This spot is good for dolphins and mantas, and it did not disappoint us. Because both were there, and it’s nice to see other dive sites then just the Boiler and Canyon, and have the dive site to yourself and still the same animals.

Galapagos sharks at San Benedicto, then at The Boiler, down at the deeper water we can see that a healthy group of BIG galapagos sharks are back strong. 8-9 years ago San Benedicto was heavily netted and took out almost the whole population of Galapagos sharks. At that time, we were helping to get some illegal fishing boats documented and reported to be followed up. The presence of the dive boats has definitely been pushing out poachers from this area. It is nice to see the sharks coming back again.

Calling them, curiously to come in this time a 6-7 big curious Galapagos came in. One sniffed at my neck and came in from behind and spooked me quiet a bit! And then there were the mantas as well! 😉

Come back with us, Nautilus!
He's a very caring experienced trip leader, that gives us dive guides a lot of background informatio...

Magical manta encounter
Five minutes into the dive, passing through in the Blue, three massive hammerhead sharks! Another on... 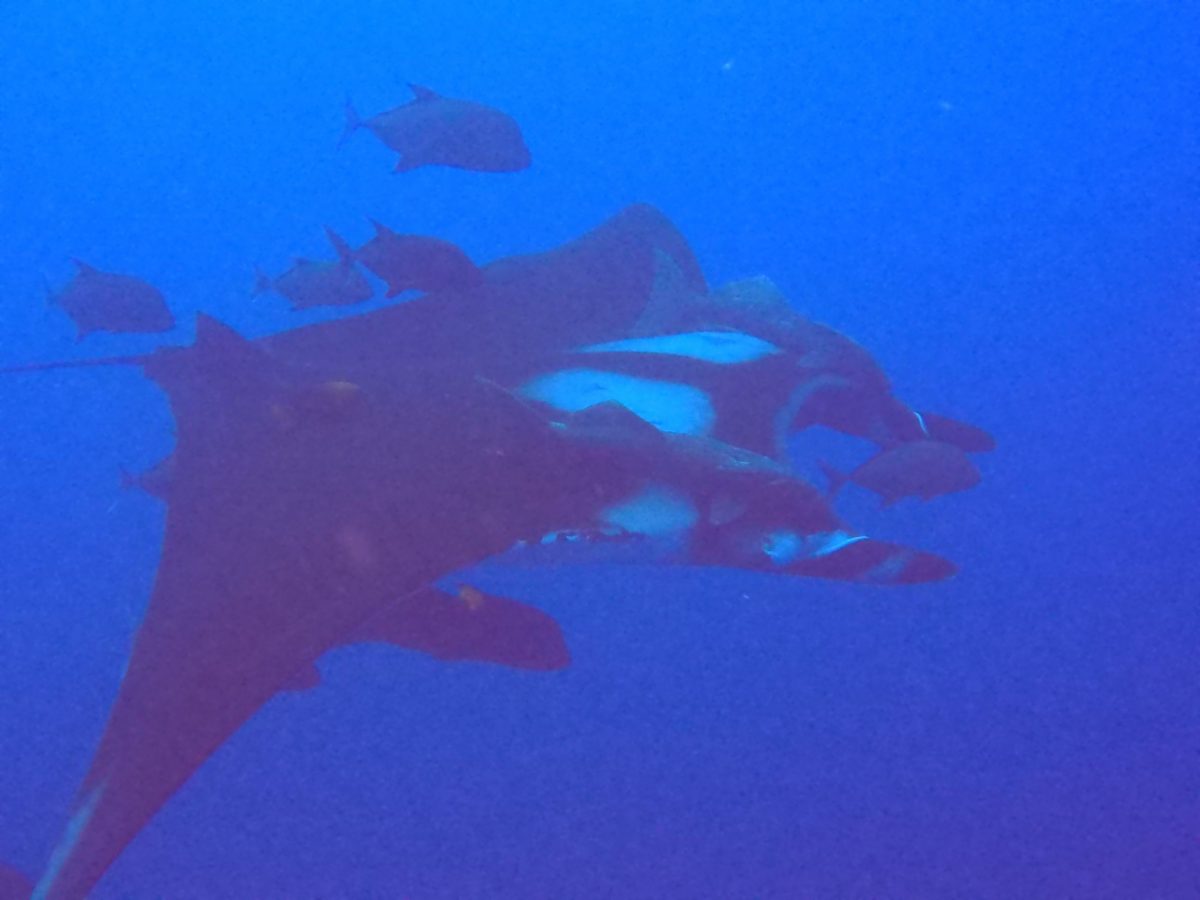