Today we went from Ensenada to Bahía de los Ángeles. Along the way we stopped off at various points to help break up the journey. Our guide, Tati, was very knowledgable, explaining points of interest to us well as the various adaptations plants have evolved in order to survive in the desert.

The scenery was beautiful as we drove through the desert with the boulders and cactus. It was like a 12 hour college course on the region, Mexico, the heritage of the people and the foliage. One of the highlights was the small hike to the cave paintings and learning more about the tribes that once lived here. All in all it was a very informative day about Baja California.

Ricardo and Chuy were great to dive with and took great care of us. We dove near the volcano at Bahía de los Ángeles. Ricardo led the way and pointed out various fish and coral of interest. We did two wall dives at around 50-80 feet and saw lots of life. We saw a large angelfish, an assortment of other fish, spiny urchins, starfish, soft coral, a large green moray eel and a school of smaller fish.

On our way over to the whale sharks, we had lunch. Once we had our snorkel gear on, we jumped in to swim with the whale sharks. Ricardo and Chuy kept an eye on them from the boat and told us where to swim.

We had one-on-one encounters with these majestic animals, as there was no one else in the bay. Each one had a unique personality, some were bolder than others, some more shy, but each one was magnificent. There is no way to put into words the feeling you have when a 40ft shark approaches you with its mouth agape, just a few feet  from your face. Exhilarating.

Ricardo took us to Pescador Island for our first dive where we saw octopi, eels, stingrays, soft coral, angels and many other fish. This was fun because it was a wall drift dive. The current was fairly strong but we were going with it. The plant life on the wall was also quite good.

After, we headed south to a sea lion rookery, where we slowly introduced ourselves so that we were able to interact with the animals. They would come and freely play within feet of us, enticing us to play along as well. They were as curious about us as we were of them, and were very fast (like a torpedo) when they wanted to be.

Then we went back to Pescador for our second dive with lobster, octopi, stingrays, sand dollars, some kelp and burrowing fish/eels that would pop out of the sand quickly like a ‘Jack in the Box.’

On the way to the lagoon for the whale sharks we saw a large pod of orcas. We were checked out by the large adults who swam directly up to us, within a few feet and played around with the boat. They would even swim under the boat and surface on the other side!

We were able to stay with the pod for about an hour and they were extremely photogenic, allowing great opportunities for us to get photos and videos. It was an amazing opportunity to get up close and personal with these majestic animals in their natural setting. A once in a lifetime trip, and its only day three!

Just when you think this trip can’t get any better, it does. In the morning we went looking for whale sharks  in the south end of the bay, which was so calm. We found some whale sharks munching on plankton with not a care in the world. We were able to swim all around them.

A large one allowed us to examine it for a very long time, pausing as if to pose for the camera and allowing me to shoot a continuous video of almost 12 minutes!! He would slowly turn back towards us, pausing and then dipping down a few feet to let me shoot his top side. He also approached head-on with his mouth wide open, then paused and let me film as the water rushed through his gills, you could actually feel the water being displaced.

Then a second juvenile showed up and also interacted with us, slowly passing and allowing great shots. Incredible. There must have been 3 or 4 whale sharks that we swam with. They would cross paths with one another so there were two in the same shot. There was a very curious juvenile that had fun exploring the boat. We spent about 3.5 hours snorkeling with them, virtually all alone. Two other boats did come towards the end when the weather picked up a bit and we were heading out.

After the whale shark snorkel workout in the morning, we went for a dive in the afternoon. We went to a new site, in the same direction as Pescador Island. It was a good dive, lots of coral life on the rocks. The rocks were not a traditional straight wall formation so there was lots to look at and explore. We saw a large stingray, large angelfish, beautiful soft coral, schooling sergeant mayors and a host of other reef life.

Bahía de los Ángeles has been the perfect getaway. With the hotel having limited wifi, it allowed us to truly unplug and live in the moment down here. This trip was everything we had hoped for and more.

Ricardo and Chuy were amazing. They accommodated our every need and always made sure we were comfortable and had whatever we wanted. Their knowledge of the area provided perfect experiences, we can’t thank them enough. We came to swim with the whale sharks and they made sure we had all the time we wanted with them, never rushing us.

Tati was fabulous, making sure we were well taken care of, going above and beyond to ensure an enjoyable and educational experience. We feel so fortunate to have gotten Tati, Ricardo and Chuy as our guides on this adventure. 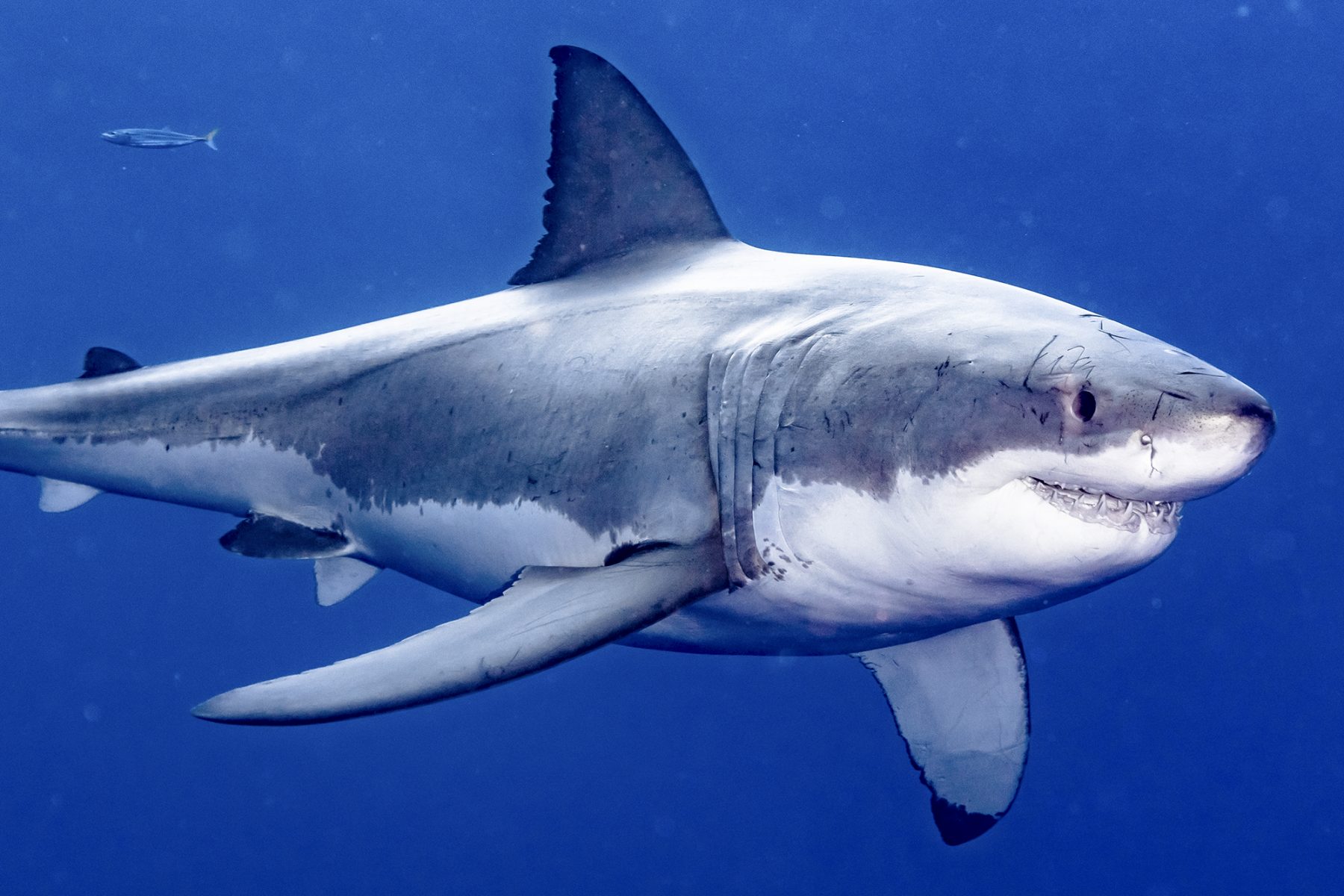 Shark Diving Families!
Our expectations were blown away even on the first day when we saw four great whites around our boat... 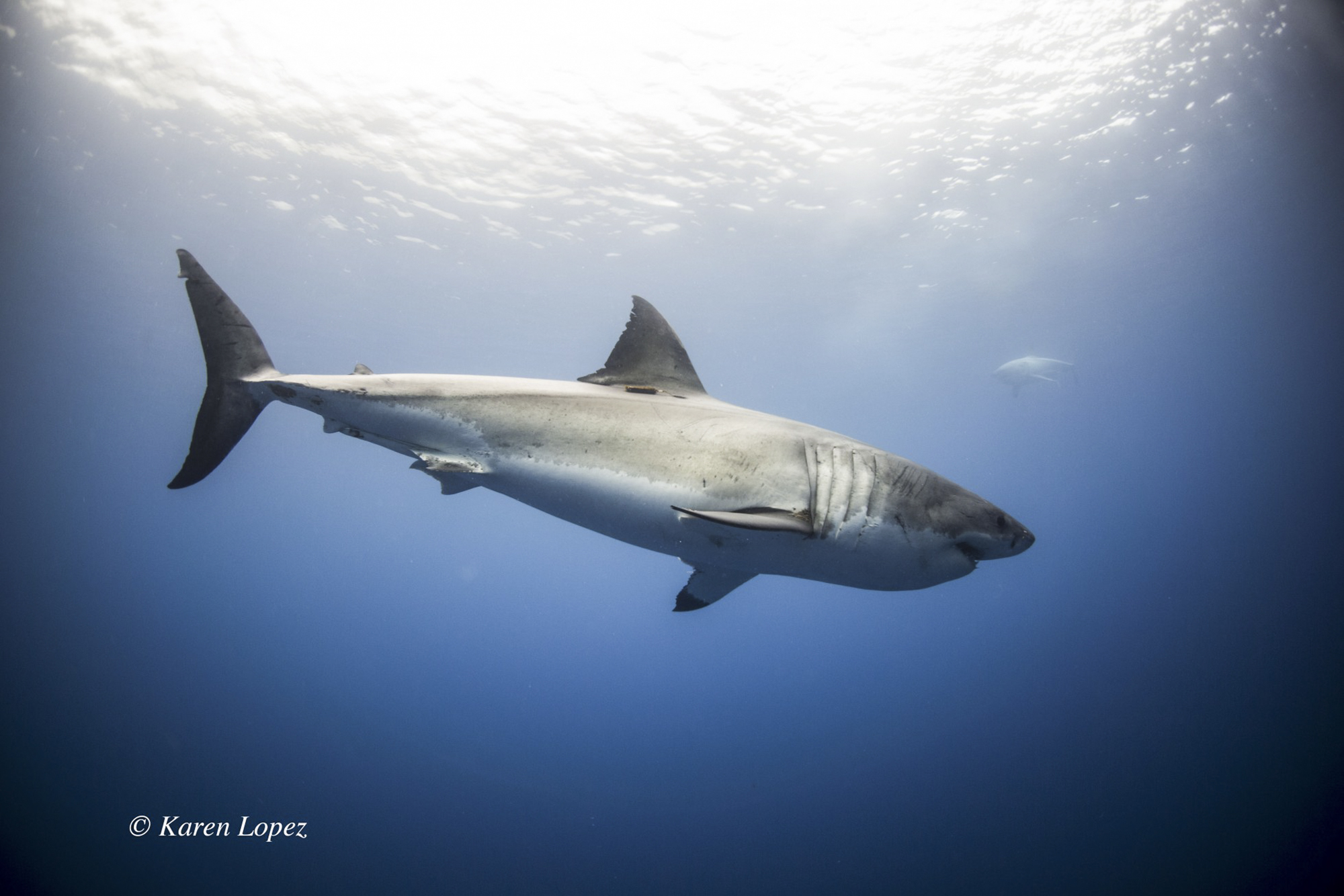